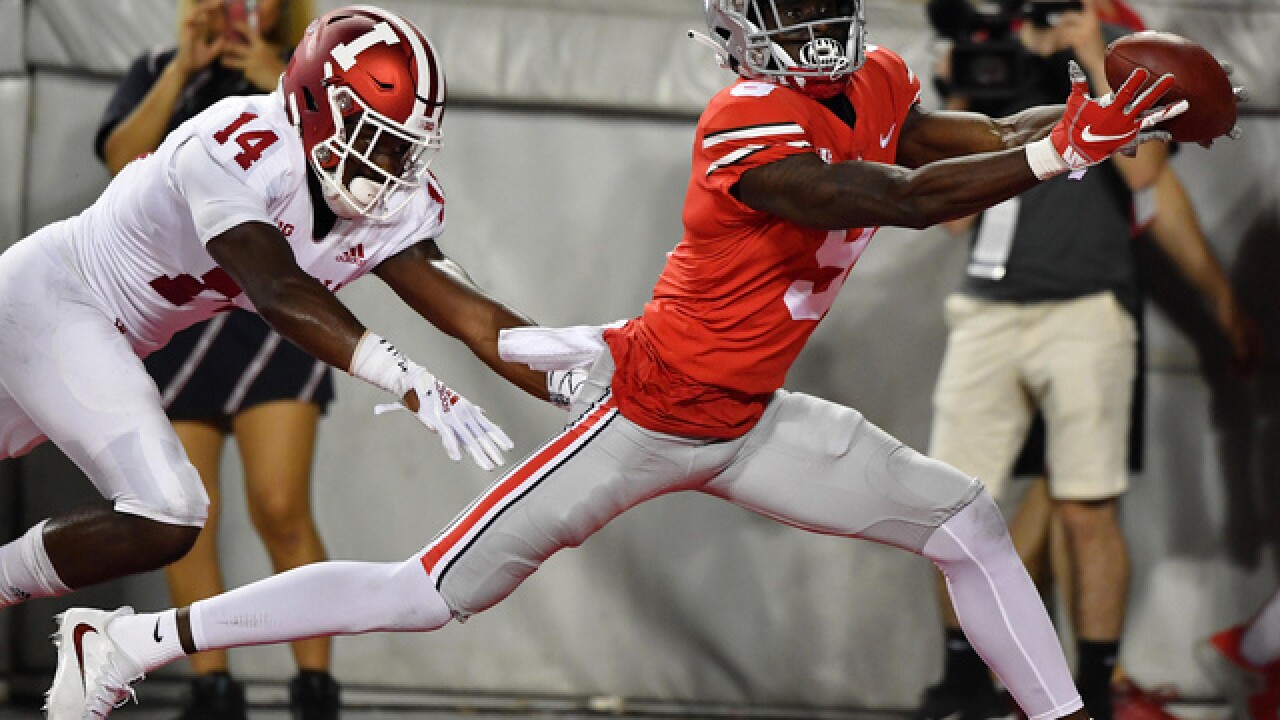 The New York Giants have agreed to contract terms with 15 players who were not taken in the NFL draft this weekend.

Among the players who reached agreements were two Ohio State receivers, Austin Mack and Binjimen Victor.

The Giants tweeted the signings but the players have not signed contracts and must pass their physicals.

Mack played in 45 games with 28 starts for the Buckeyes. He had 79 catches for 1,050 yards and six touchdowns.

Victor played in 47 games and finished his career with 83 receptions for 1,340 yards and 18 touchdowns, including six this past season.