J.T Barrett injured before Ohio State game, Urban Meyer says there were too many people on sideline 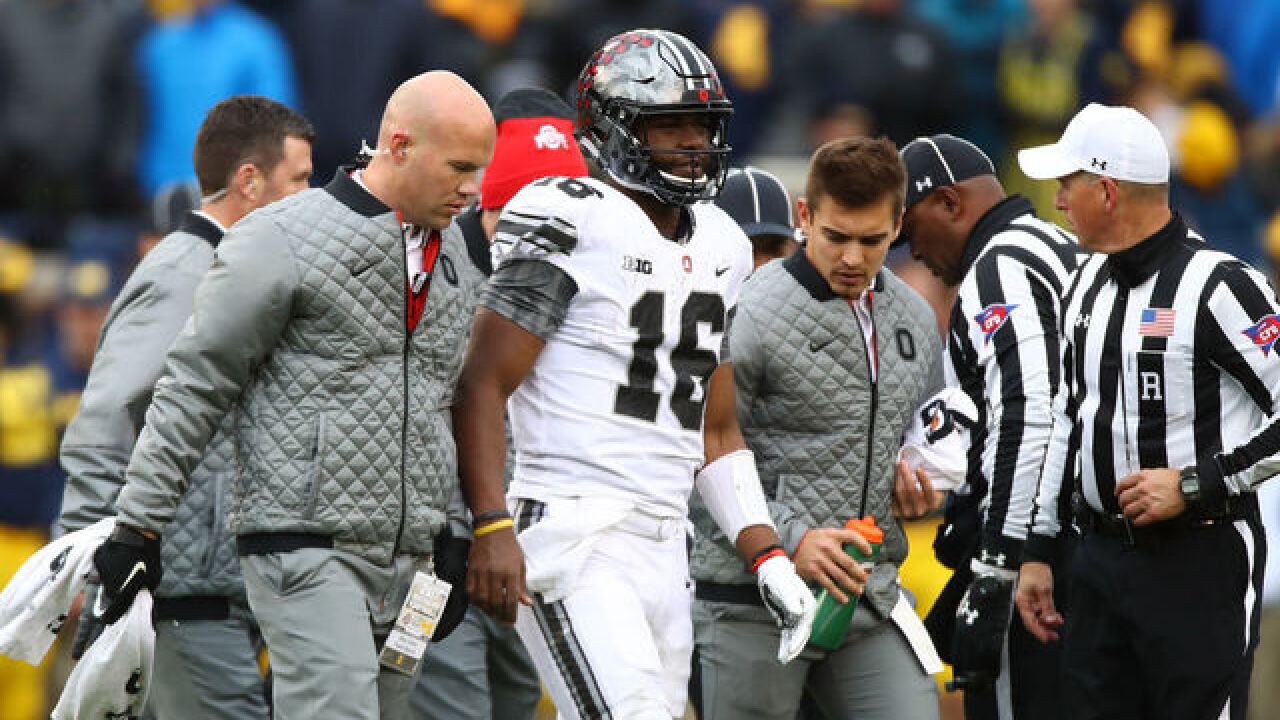 Dwayne Haskins did what Ohio State quarterbacks have been doing for more than a decade. He beat Michigan.

The latest victory, though, came with a bizarre twist.

Haskins replaced injured star J.T. Barrett and led the eighth-ranked Buckeyes from behind to beat the Wolverines 31-20 Saturday for their sixth straight win in a rivalry they’ve dominated no matter who’s under center.

“It was really unreal,” Haskins said.

Barrett was warming up on the sideline before kickoff when he said an unidentified male made accidental contact with his right leg, aggravating a knee injury he has played through all season.

“I remember he was wearing something gray, and he continued to walk,” Barrett said. “He got a little nervous.”

And, Urban Meyer was more than a little upset.

“Too many people on the sideline,” Meyer said after the game. “I’m so angry right now.”

Barrett said he will play next Saturday night when Ohio State (10-2, 8-1 Big Ten) plays in the Big Ten championship game against No. 5 Wisconsin, needing another win to bolster hopes of getting a spot in the College Football Playoff.

“We need to get better. That’s our mission,” he said.

Michigan was relegated to starting John O’Korn because Brandon Peters wasn’t cleared to play after having a concussion and Wilton Speight is still out with cracked vertebrae. The fifth-year senior O’Korn simply didn’t make the most of the opportunity, completing fewer than half of his passes. He was picked off with about two minutes left and the Buckeyes up 24-20, heaving a pass deep to the middle of the field where only defensive back Jordan Fuller could catch it.

Mike Weber sealed it for Ohio State with a 25-yard touchdown run with 1:44 left.

Haskins took full advantage of his chance to play in the third and fourth quarters. The redshirt freshman was 6 of 7 for 94 yards and had a 22-yard run that set up J.K. Dobbins’ 1-yard touchdown gave Ohio State a 21-20 lead late in the third quarter.

“What an introduction for the rivalry,” Buckeyes center Billy Price said.