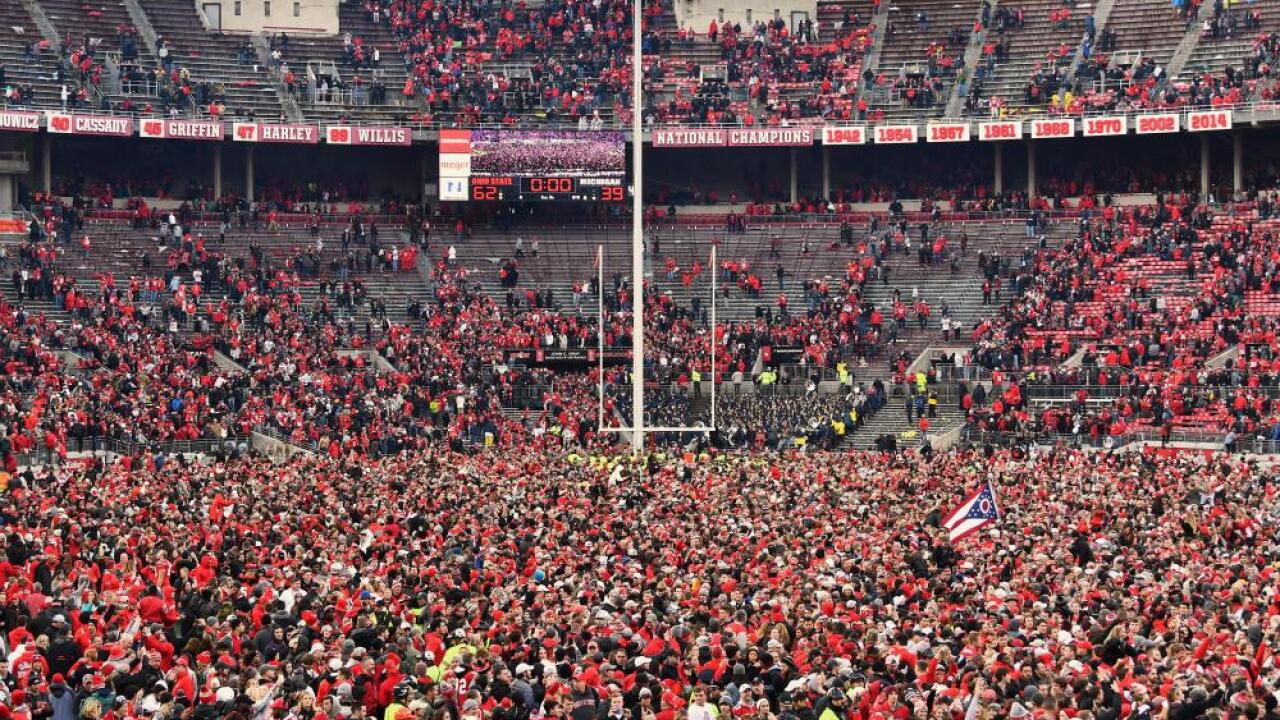 COLUMBUS — A man accused of threatening to shoot up Ohio State University and seriously harming the team has disappeared.

Police say Daniel Rippy transmitted an "electronic communication" to Ohio saying, "Your school is going to get shot the f--- up and I'm seriously going to hurt the students and all the players from the football team," according to ABC affiliate WSYX.

Rippy sent the threat during the Michigan game in 2018.

He was arrested on Sunday in Livermore, California.

Rippy appeared for a pretrial hearing on Monday and was released on a $50,000 bond.

He failed to report to the San Francisco Pretrial Office after being released and has not been heard from since.

His attorney said that he has not been able to get into contact with him.

According to court documents, Rippy violated his pre-trial release and a new no-bail warrant has been issued for his arrest.