No. 3 Ohio State looks to stay on roll at Northwestern 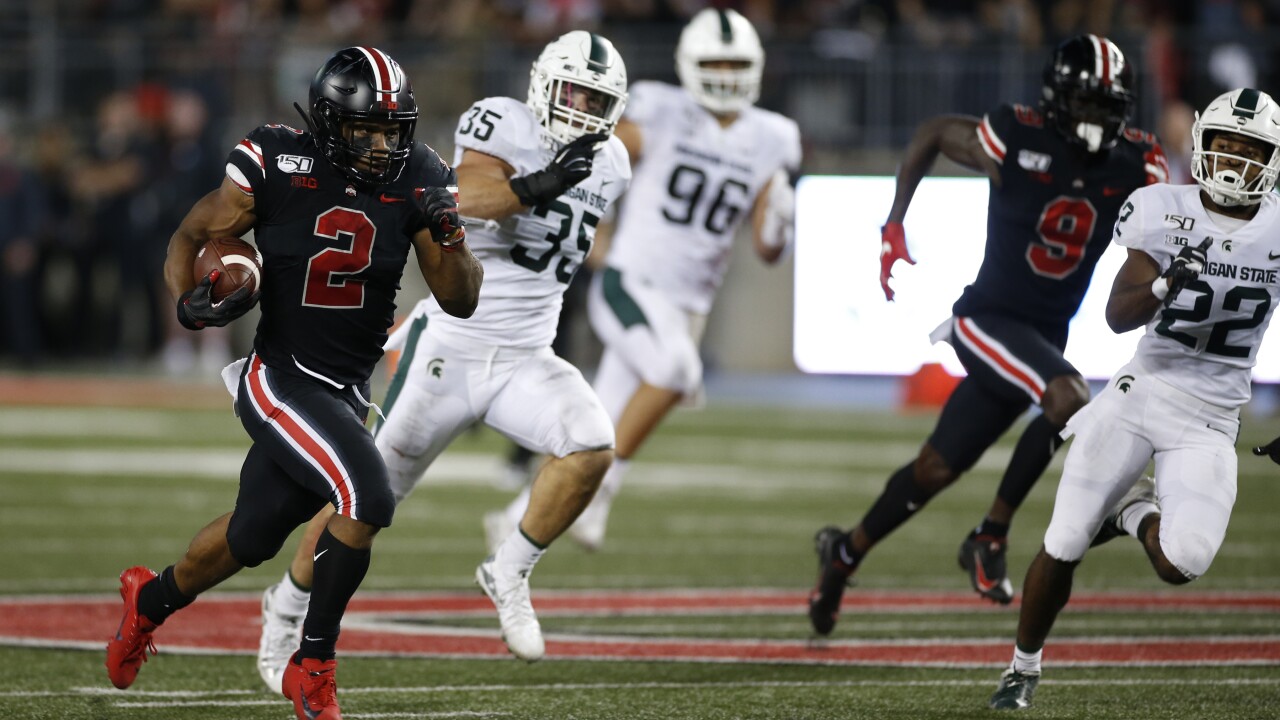 EVANSTON, Ill. — No. 3 Ohio State has bulldozed everyone in its path, putting up big numbers on offense and strangling opponents with its defense. Northwestern is struggling.

The game Friday night between two teams that played in the Big Ten championship game last season sure looks like a mismatch on paper. And with a showdown against No. 8 Wisconsin next week, coach Ryan Day reminded the Buckeyes not to look past the Wildcats.

“All you’re worried about is this game right here, and we all know what happens if you start lose focus, and we cannot do that,” he said. “So this week we’ve talked about having a white belt mentality, which is a mentality that you’re starting right from scratch and that you don’t take anything for granted, you don’t make any assumptions, and if we do that, then we’ll be fine. If we start to look ahead or start to let our egos get in the way, then we’re in trouble.”

Ohio State (6-0, 3-0 Big Ten) has outscored opponents 296-53 — an average of 40.5 points per game that is the biggest differential among FBS schools. The Buckeyes lead the Big Ten in scoring and tied the 2016 team for the highest point total through six games in the program’s storied history.

They’re tops in the Big Ten in total yards (3,207) and yards per game (534.5) by wide margins. And their defense — second in the nation and conference behind Wisconsin’s — is doing more than its share.

Northwestern (1-4, 0-3) has lost three in a row with an offense that ranks among the worst in the nation. The Wildcats are 125th of 130 teams in total offense and 128th in scoring.

With 18 touchdown passes and eight more scoring runs, Ohio State’s Justin Fields has as many TDs as Heisman Trophy finalist Dwayne Haskins had through six games last year. The 18 touchdown throws rank fifth in the nation and the Georgia transfer ranks sixth in passing efficiency.

The sophomore has been everything Ohio State could ask for, though he did look a little more human against Michigan State two weeks ago. Fields got sacked and intercepted for the first time in his career. But he also threw two touchdowns and plunged in for another in a 34-10 win.

“We recruited Justin. He’s a rock-star person,” Northwestern coach Pat Fitzgerald said. “We were blown away with him out of high school. Then, all of a sudden, recruiting, you guys (media) gave him too many stars. It would have been great if you kept him where he was when we recruited him.”

It wasn’t clear if Hunter Johnson or Aidan Smith will start at quarterback for Northwestern. Both were listed with the first team on the depth chart this week coming out of a bye weekend.

Johnson started the first four games before leaving the loss at Wisconsin Sept. 28 because of a lower body injury and sat out the loss 13-10 loss at Nebraska the following week. Smith got intercepted by the Cornhuskers’ Lamar Jackson, leading to Lane McCallum’s 24-yard field goal as time ran out.

Second in the nation in rushing, J.K. Dobbins is on quite a run for Ohio State. He rang up 172 yards against Michigan State after going for 177 the previous week against Nebraska. His season high is 193 against Indiana in September and his personal-best is 203 last year against Maryland.

With 826 yards and six rushing touchdowns, the junior is on pace to set career highs after running for more than 1,000 yards in each of his first two seasons. He has 13 runs of 15 yards or more this year and is averaging 7.1 per attempt — up from 4.6 a year ago.

Despite their struggles on offense, the Wildcats have kept games close. Three of their four losses are by 10 points or less. Northwestern was also beaten 31-10 by Michigan State.