A week after a gritty win at Penn State, No. 3 Ohio State had to work hard again, this time to put away pesky, unranked Indiana late in the game.

In doing so, Dwayne Haskins Jr. passed for a career-best 455 yards and six touchdowns — including two in the fourth quarter — as the Buckeyes pulled away for a 49-26 victory Saturday.

With Ohio State protecting a 35-26 lead, Haskins hooked up with Terry McLaurin for a 17-yard touchdown pass early in the fourth quarter, and then added a 30-yard scoring pass to Binjimen Victor with seven minutes left to create some breathing room.

The struggle with heavy underdog Indiana a week after battling for a win at Penn State must have given some of the Buckeyes cold shivers. Last year, Ohio State was ranked No. 3 a week after an emotional win over Penn State but was inexplicably routed the next week by unranked Iowa, ruining the Buckeyes’ shot at the College Football Playoff.

“I’m not going to lie, we were probably still tired from last week,” Haskins acknowledged Saturday. “Definitely there was a little lower energy in practice during the week, but the best thing about today is we found a way to win. Even though it wasn’t pretty at times during the game, football is about overcoming adversity.”

Ohio State survived the early scare from the Hoosiers, coming from behind twice in the first half to take a 28-20 lead at the intermission and then besting them in the second half, despite the gritty play of Indiana quarterback Peyton Ramsey, who threw for a career-high 322 yards and three touchdowns. 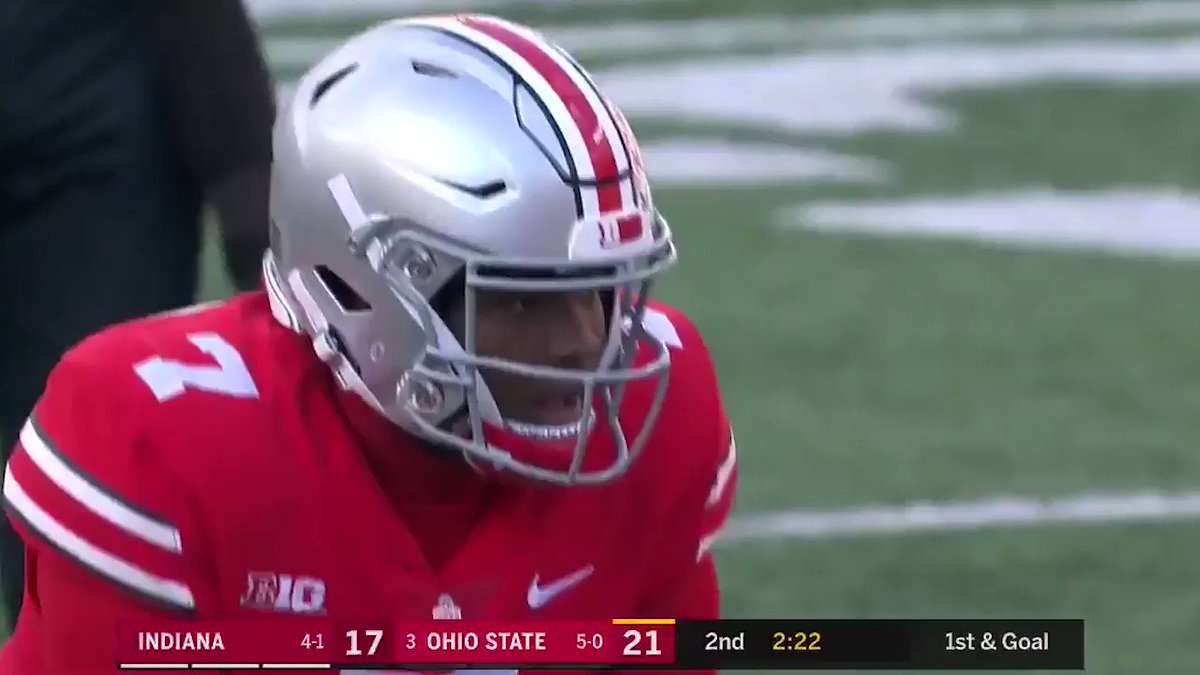 Not too shabby Dwayne Haskins.

Meyer fell ill on the sideline in the fourth quarter, with television coverage showing him holding onto his head and being attended by Ohio State personnel. He recovered a few minutes later and finished coaching the game.

“I dealt with headaches in the past,” said Meyer, who has for years has had an arachnoid cyst, which he controls with medication. He didn’t provide any more details about Saturday’s spell.

“There’s ups and downs to the game, but when you have a coach that passionate, some things like that happen,” McLaurin said. “But I’m sure he’s going to be all right.”

Haskins, who tied a school record with the six touchdown tosses, continued to add to his growing Heisman Trophy buzz, completing 33 of 44 passes and throwing two touchdowns each to Parris Campbell and McLaurin , and one each to Johnnie Dixon and Victor. 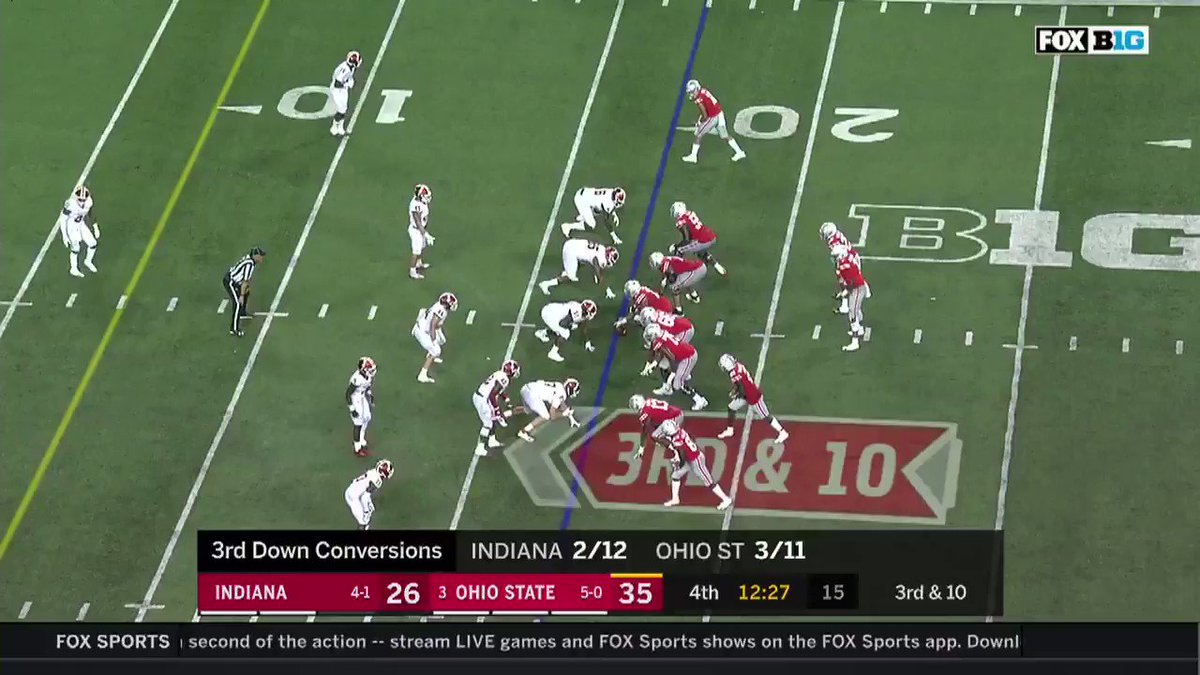 Hey Heisman voters...@dh_simba7 is at it again.

Five more TDs (so far) in this one for Haskins, and @TheTerry_25 was on the receiving end for the @OhioStateFB score:

“The kid is just blessed by the hands of God, quite honestly,” Dixon said. “He works his butt off, but God truly hand-picked Dwayne and blessed him with the tools.”

Haskins now has 25 touchdowns for 1,919 yards and just four interceptions.

“He’s an accurate passer now,” Meyer said. “You give him some time and you give him a good group of receivers, he’s a dangerous guy.”

Indiana: The underdog Hoosiers stuck around long enough to give the Buckeyes fits. Ramsey, a sophomore, is getting better every week. Overall, a good showing for him. Indiana had 406 yards of offense. 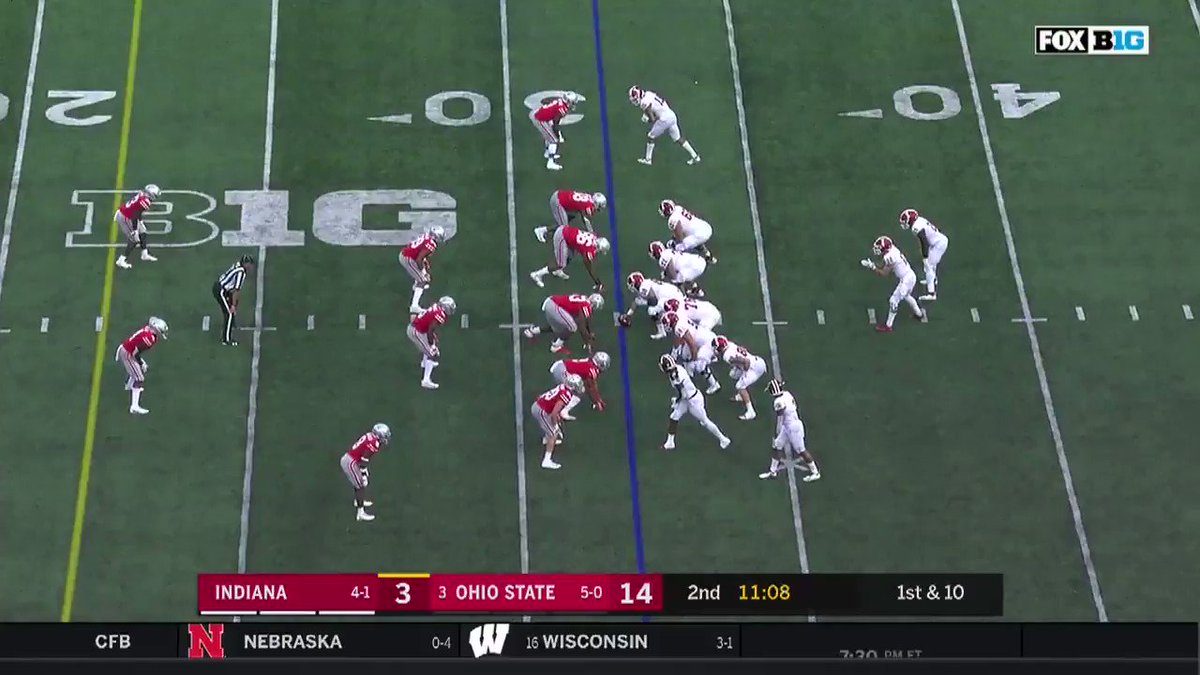 Ramsey finds Hendershot for the slick score, and it's 14-10 Buckeyes:

“There are no moral victories,” Indiana coach Tom Allen said. “It’s in the past, but obviously when you play a team of this caliber on the road, you have to take advantage of the opportunities. We are not going to sit here and hang our heads and feel sorry for ourselves. We are going to keep fighting, because that’s what this program does.”

Ohio State: Maybe it was a Penn State hangover, but the Buckeyes came out slow and made defensive mistakes, allowing Indiana to stay in the game until late.

“We’ve been fine against the run, but the pass has been killing us and that’s going to bite us, something we’ve got to get fixed,” Meyer said.

Indiana: At Iowa on Saturday.