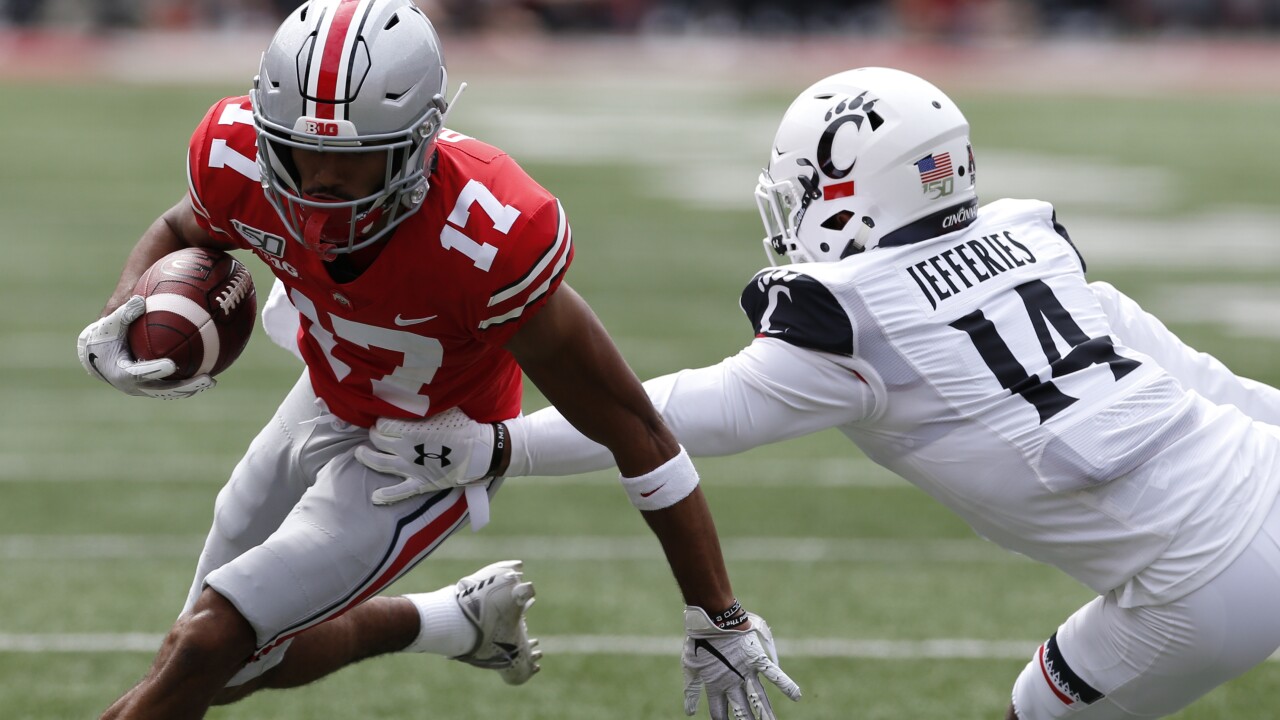 Both teams want to make statements in their conference openers. But the Buckeyes can’t afford any missteps, even an early one, to make the playoff.

Indiana QB Michael Penix Jr. against Ohio State DE Chase Young. Penix won the Hoosiers’ starting job because of the ability to make big plays with his arm and legs. But he’s only started two college games and now faces one of the nation’s stingiest defenses, led by one of the best pass rushers. Young had 10 ½ sacks last season, already has three this season and is trying to join former Buckeyes star Mike Vrabel as the only player in school history with back-to-back 10-sack seasons.

Ohio State: QB Justin Fields and RB J.K. Dobbins. Fields has played like a Heisman Trophy contender the first two weeks — accounting for 280.5 yards of total offense and nine touchdowns. Dobbins returns to Bloomington where he opened his college career by rushing for 181 yards, a new school record for a college debut. The Buckeyes are 10-0 when Dobbins tops the 100-yard mark.

Indiana: Penix. The redshirt freshman won his first two games and improved his accuracy between Weeks 1 and 2. On Saturday, Penix won’t be carving up a Mid-American Conference or Football Championship Subdivision defense — he’ll be facing his biggest test yet.

Ohio State has won 23 consecutive games in the series, dating to a tie in 1990. ... Indiana’s last win against the Buckeyes came at Memorial Stadium in 1988. ... During the past seven seasons, Ohio State is 30-3 in Big Ten road games. ... The Hoosiers are playing their 12th ranked opponent since 2015, the third-highest total in the nation behind Alabama (17) and Ohio State (13). ... The Buckeyes defense has allowed 21 points this season — only six points in the first three quarters — and 64.5 yards rushing. ... Four Buckeyes are returning to their home state including two longtime starters — LB Pete Werner and WR Austin Mack. ... Indiana’s 52-point win last week was the school’s largest victory margin since 1944.