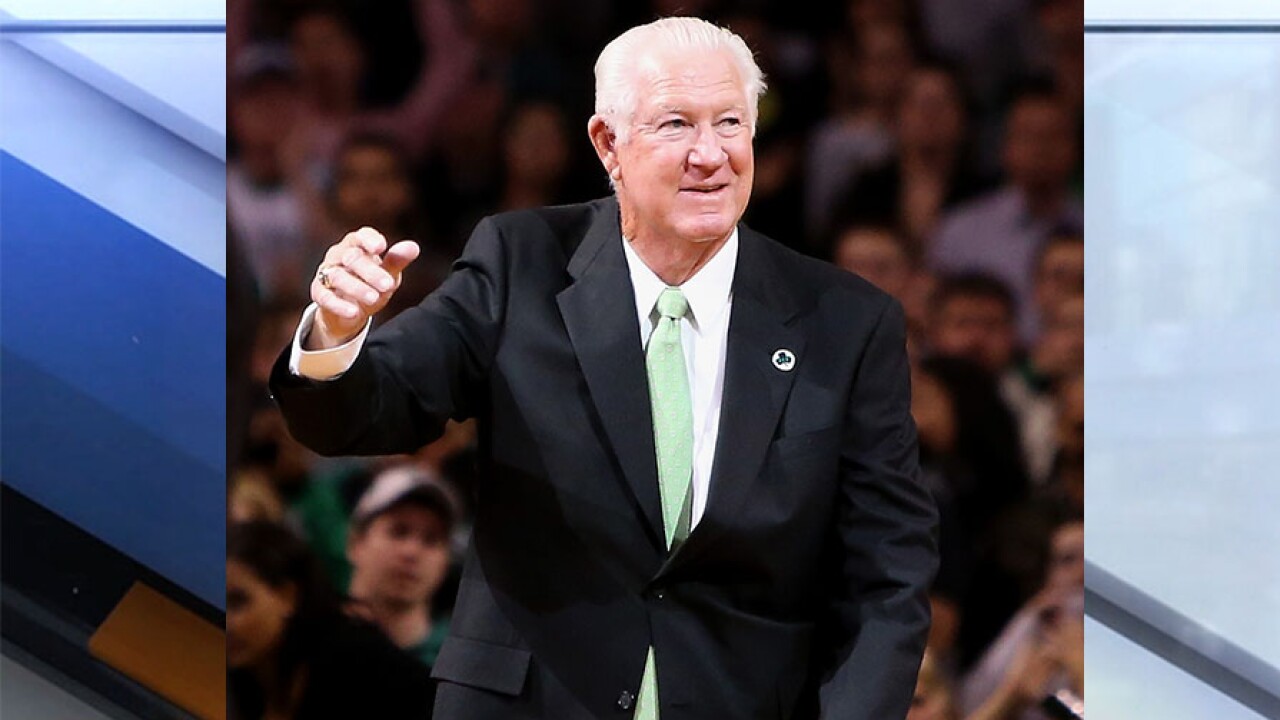 BOSTON, MA - APRIL 14: Former Boston Celtic John Havlicek walks on the court to be honored for the 50 year anniversary of his steal in the 1965 Eastern Conference Championship between quarters in the game against the Toronto Raptors at TD Garden on April 14, 2015 in Boston, Massachusetts. NOTE TO USER: User expressly acknowledges and agrees that, by downloading and/or using this photograph, user is consenting to the terms and conditions of the Getty Images License Agreement. (Photo by Mike Lawrie/Getty Images)

The Boston Celtics said John Havlicek died Thursday in Jupiter, Florida. He was 79. The cause of death wasn’t immediately available. The Boston Globe said he had Parkinson’s disease.

Havlicek was the MVP of the 1974 NBA Finals, and set Celtics career records for points and games. He was named one of the 50 Greatest Players in NBA History and enshrined in the Naismith Memorial Basketball Hall of Fame in 1984. At Ohio State, he helped lead the Buckeyes to the 1960 national championship.

The 6-foot-5 Havlicek was also an outstanding football and baseball player in high school and was given a tryout by the Cleveland Browns after graduating from college.

As a sophomore at Ohio State, he scored 12.2 points a game as the Buckeyes won the national championship, beating California 75-55 in the final. His junior and senior years, Ohio State again won the Big Ten titles and made it to the NCAA title game but lost to Cincinnati each time. During Havlicek’s three years at Ohio State, the Buckeyes went 78-6, dominating most games unlike any team up to that time.

All five starters from Ohio State’s title team in 1960 — which included Jerry Lucas and future Celtics teammate Larry Siegfried — played in the NBA. Backup Bob Knight went on to a Hall of Fame coaching career.

Havlicek remained in Boston after his retirement, managing investments. He later split time between New England and Florida. He occasionally returned to Ohio State for reunions of the championship team and Celtics events. His Ohio State number was retired during ceremonies in the 2004-2005 season.