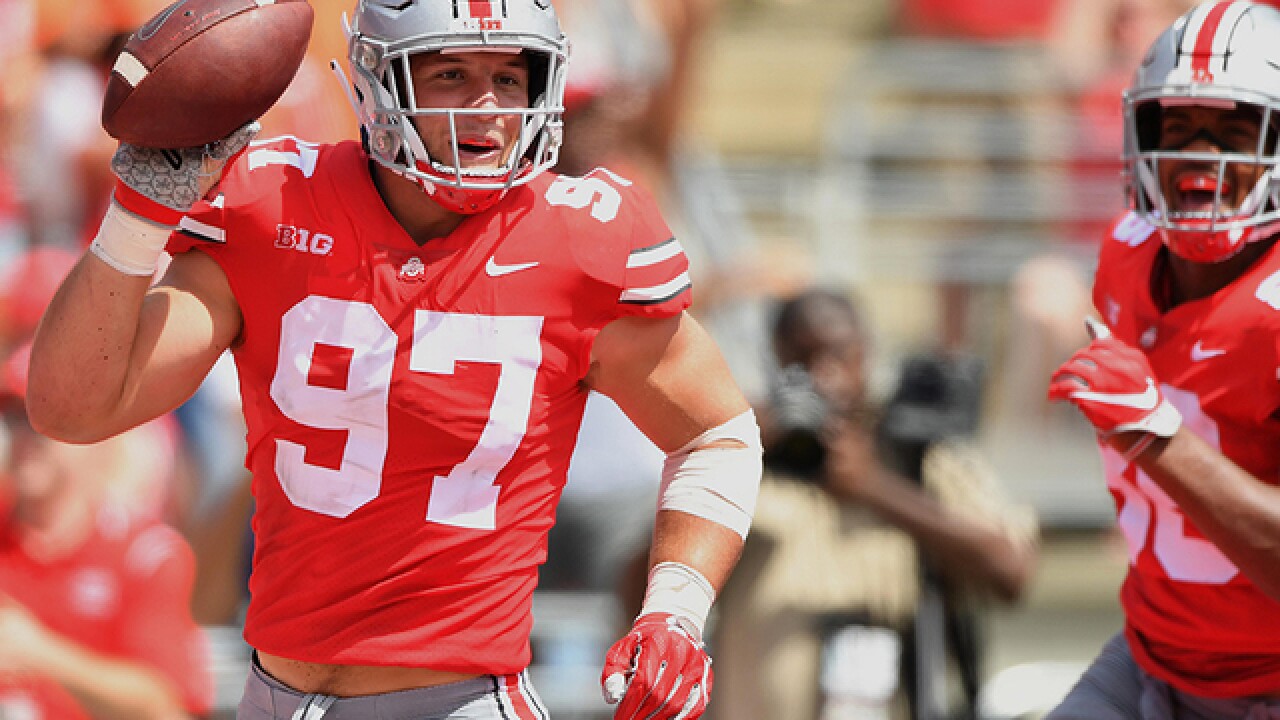 Copyright 2018 Scripps Media, Inc. All rights reserved. This material may not be published, broadcast, rewritten, or redistributed.
Photo by Jamie Sabau/Getty Images
<p>COLUMBUS, OH - Sept. 1: Nick Bosa #97 of the Ohio State Buckeyes celebrates after recovering a fumble in the end zone for a touchdown in the second quarter against the Oregon State Beavers at Ohio Stadium on Sept. 1, 2018, in Columbus, Ohio.</p>

Ohio State’s All-American defensive end Nick Bosa will be out indefinitely after having surgery for a lower-abdomen injury.

Coach Urban Meyer said on his radio show Thursday that Bosa had surgery on a “core muscle.” Meyer didn’t provide a timetable for his return.

Bosa was helped off the field in the third quarter of Saturday’s win over TCU. He returned to the bench later in street clothes.