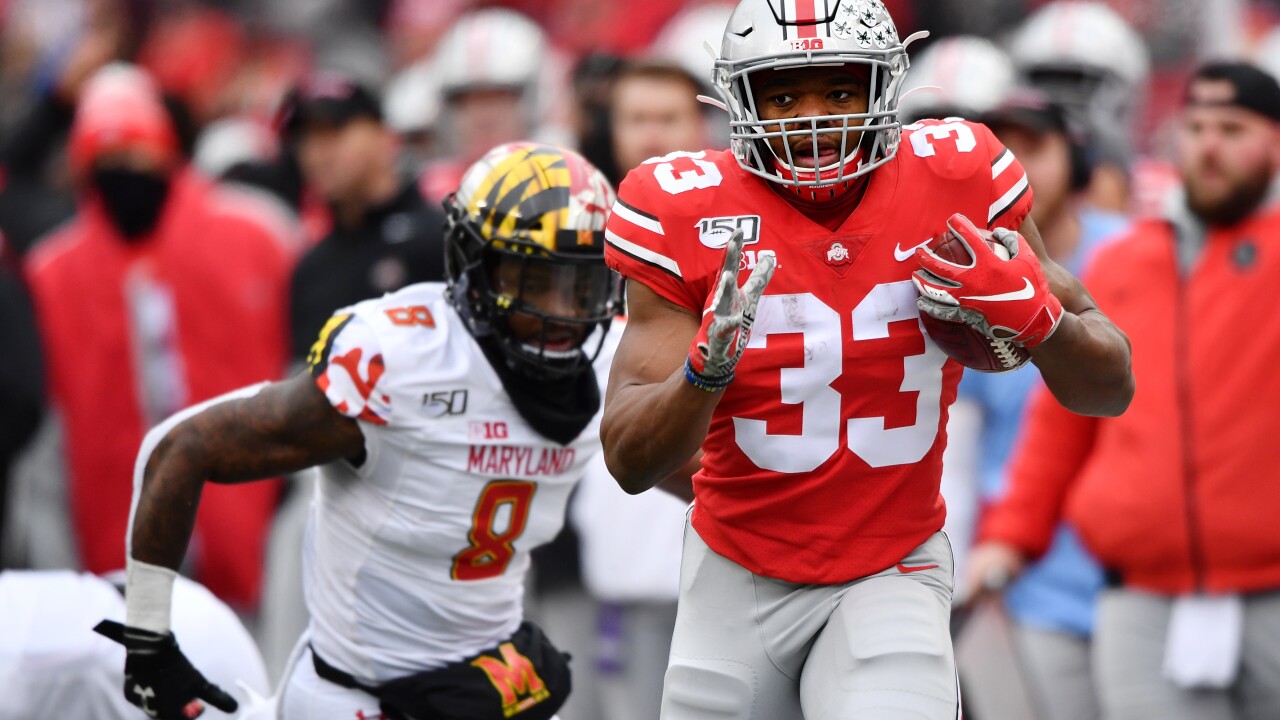 Alabama is fifth in the latest College Football Playoff rankings, behind LSU, Ohio State, Clemson and Georgia, which took over the fourth spot in the selection committee’s second top 25.

LSU replaced Ohio State as No. 1 after the Tigers won at Alabama on Saturday. The Buckeyes were bumped to No. 2. Clemson moved up two spots to No. 3 after two teams ahead of the Tigers lost for the first time last week, including Alabama.

The Crimson Tide fell to 46-41 to LSU and dropped two spots. Penn State, which had been No. 4, lost 31-26 at Minnesota and fell to ninth. The unbeaten Gophers climbed nine spots to eighth, the largest one-week jump in the six-year history of the College Football Playoff.

Georgia moved up two spots to give the Southeastern Conference two of the top four for the second straight week.

Oregon was sixth and fellow Pac-12 team Utah was seventh.

Oklahoma, the highest-ranked Big 12 team at No. 10, dropped a spot after a one-point victory against Iowa State. The Sooners face 13th-ranked Baylor on Saturday. The Bears are the lowest-ranked unbeaten team, behind No. 11 Florida and No. 12 Auburn, both with two losses.

The highest-ranked Group of Five teams were 17th-ranked Cincinnati and 18th-ranked Memphis out of the American Athletic Conference. The highest-ranked team from outside the Power Five conferences receives an automatic bid to a New Year’s Six bowl.