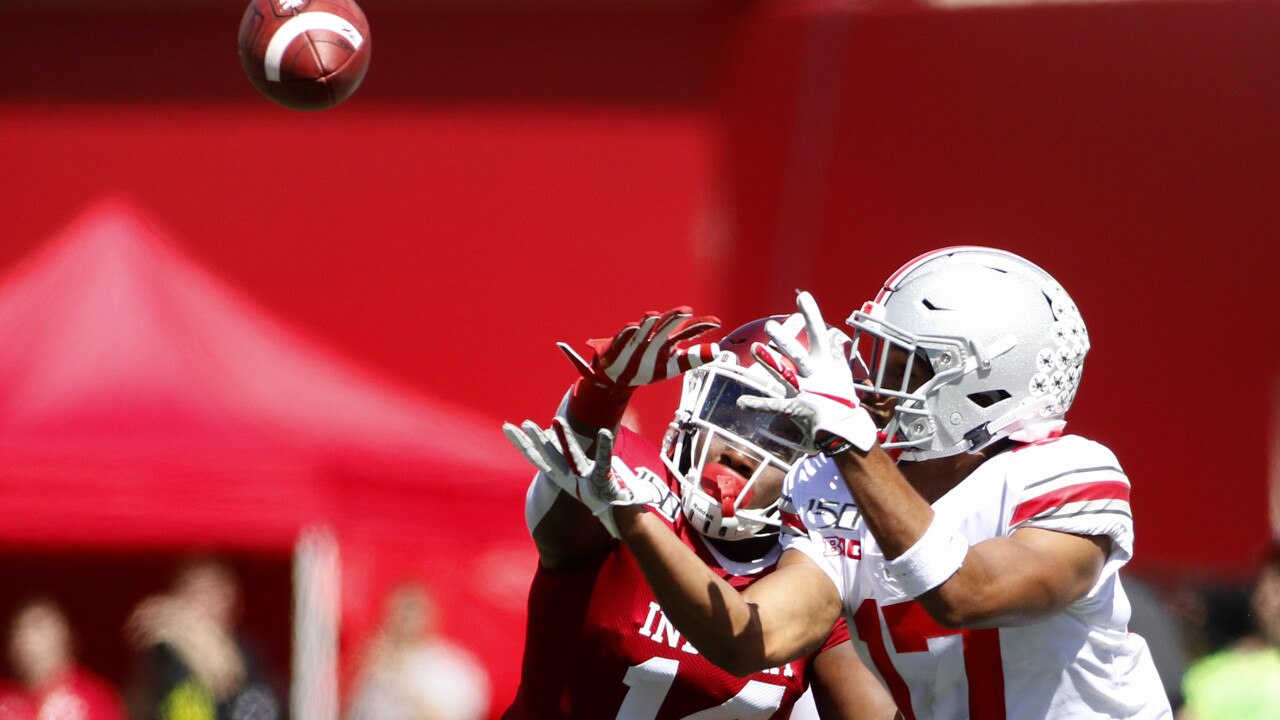 COLUMBUS, Ohio — No. 6 Ohio State knows the games are going to get harder eventually, but so far everything has just seemed, well, so easy.

They haven’t played mistake-free football but avoided any big ones in overwhelming FAU, Cincinnati and Indiana by a combined 138-31. Granted, they were lesser opponents, but Ohio State has been highly efficient and proficient on both sides of the ball.

Running back J.K. Dobbins has rushed for 425 yards and four touchdowns while averaging 7.1 yards per carry. His 193 yards against Indiana — all but two of the carries came in the first half — put him at fourth in the nation in rushing yardage.

Quarterback Justin Fields, a Georgia transfer in his first year starting for the Buckeyes, has piled up 657 passing yards and nine touchdowns with a 70.3 completion rate in a balanced attack. He’s also run for four touchdowns and has yet to throw an interception.

The Ohio State defense has allowed an average of 57 rushing yards in the first three games. The unit has given up just one touchdown and one field goal in the last eight quarters. All-American defensive end Chase Young has been a disruptive force, contributing five of the team’s 14 sacks.

As much as Ohio State is eager to see how it matches up against the meat of the Big Ten, there is at least one more tuneup game, this week against Miami of Ohio. The Redhawks (1-2) will take a two-hour ride up the road to the Horseshoe from Oxford, Ohio.

A heavy favorite, the Buckeyes likely will get another chance to work out the kinks and get the backups some playing time before going on the road against revitalized Nebraska on Sept. 28.

They’ll have Michigan State at home the week after that but won’t see a team that’s currently ranked in the AP Top 25 until they host Wisconsin on Oct. 26.

Miami coach Chuck Martin is aware of the buzz-saw the Redhawks are walking into.

“It’s kind of like going to recess and they’ve got the first 85 picks,” Martin said. “You do pretty well at recess.”

The challenge for Ohio State coaches is keeping the players performing at a high level through another game against an overmatched opponent.

Day’s message: keep the blinders on and keep working.

“Don’t worry about what people are saying,” he said. “I don’t know how much respect we had coming into the season. It’s the same thing now. Just because we won a couple of games doesn’t change anything for us. We need to stay focused right now. We do have some momentum and we’ve got to keep that going. It’s incumbent on the coaches and leaders to make sure we don’t get distracted.”

As prolific as he’s been, Fields focuses on situations where things didn’t go so well, the ones that tend to be so clear in the Sunday video tape sessions.

“It’s kind of like a ‘wow’ moment,” he said of watching the tape. “We still played pretty good, but we did leave stuff on the board. It’s kind of like we have so much room to improve, so it makes it more exciting.”