Ohio State running back J.K. Dobbins announces he will be entering 2020 draft 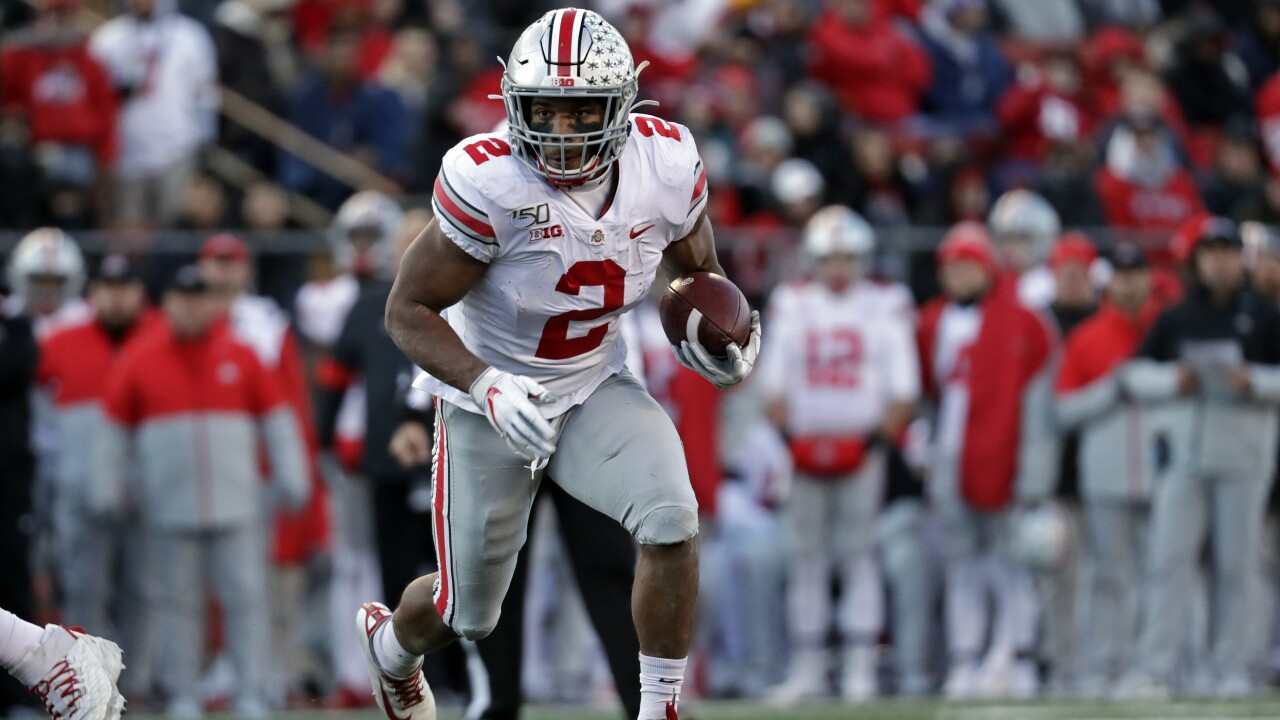 COLUMBUS — The Ohio State Buckeyes are losing one of their best players to the NFL Draft.

Running back J.K. Dobbins announced that he will be leaving the school and entering the draft.

I will forever be a buckeye! ❤️ pic.twitter.com/5TFhsPto9l

In every season he spent with the Buckeyes, he rushed for over 1,000 yards, becoming only the second Buckeye to do that in school history.

He broke the school's single-season rushing record during the Fiesta Bowl.

Buckeye defensive end Chase Young has not decided if he will enter the draft or not.