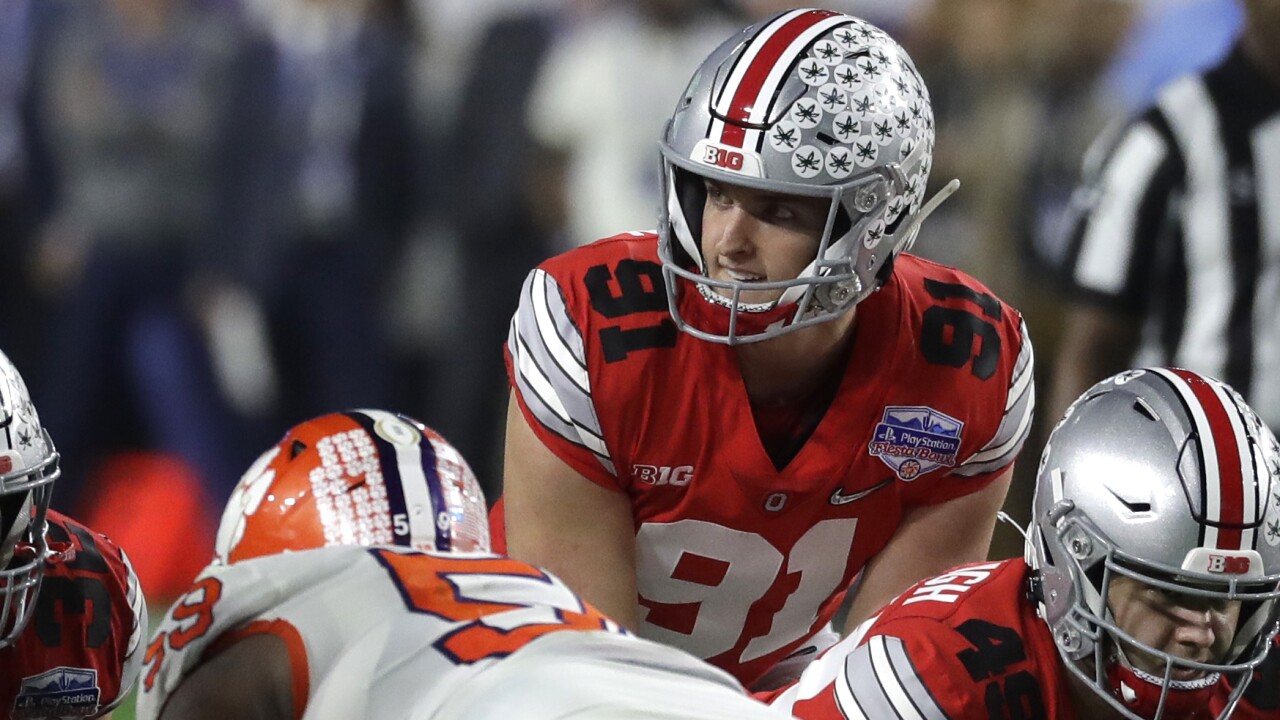 Chrisman put his “bottle flipping” skills to use by flipping 16-ounce water bottle for 24 consecutive hours in front of a live YouTube stream audience.

It’s over... after 24 hours we raised over $14,000 for @WWF and set a world record! Thank you to everyone who tuned in and donated. It was one of the most mentally draining experiences I’ve had but totally worth it. Time for a hot shower and a long nap😴 #DollahForKoala pic.twitter.com/IZW9QxhteM

He set an unofficial but possible world record by flipping and landing 22,067 quarter-full water bottles in the process.

Chrisman began his challenge at his family’s long wooden table on Sunday at their home in Lawrenceburg, Indiana.

“I did a bunch of research and I can’t find where anyone has flipped more bottles in a 24-hour period,” he said.

A past video in 2019 shows Chrisman's flipping skills.

Ohio State’s compliance officer had approved the fundraiser as long as the pledges made by the public were submitted directly to the World Wildlife Fund’s website.

Three hours into the stream, only about $75 in donations came in. One viewer said he would donate $10,000 if Chrisman could keep up the flipping, and after 24 hours, he did.