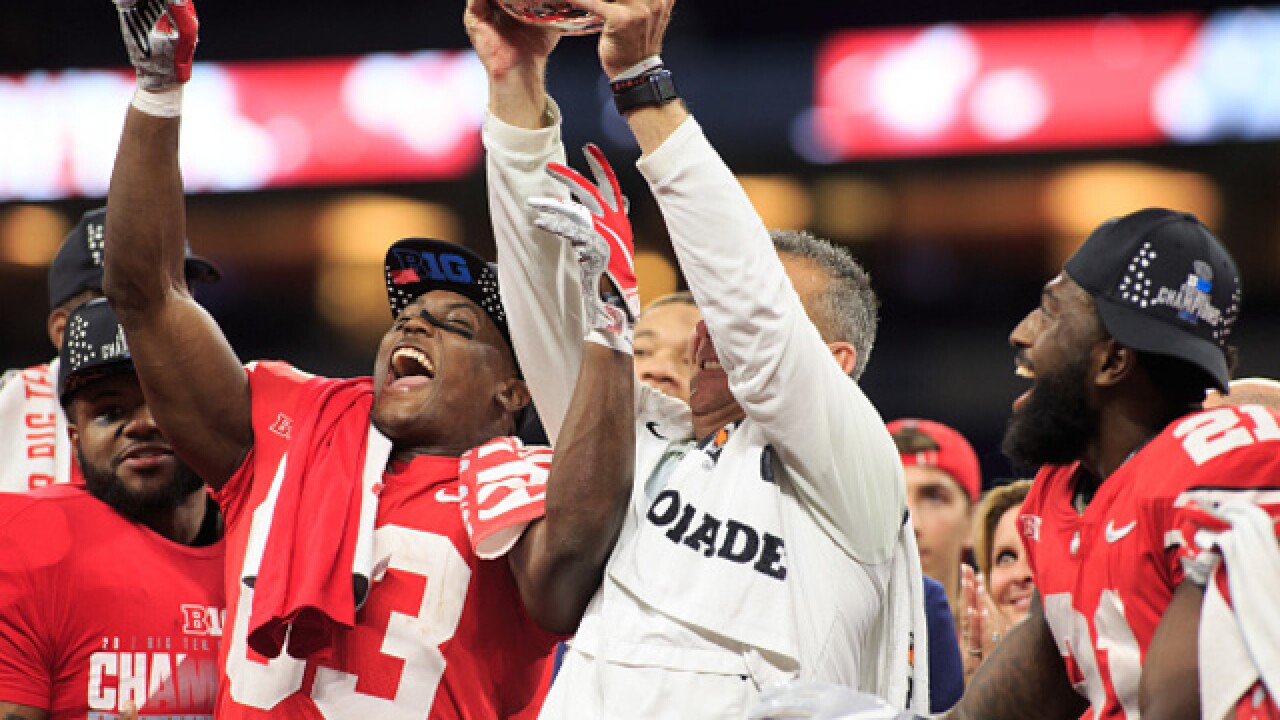 Image copyright 2018 Getty Images. All rights reserved. This material may not be published, broadcast, rewritten, or redistributed.
Justin Casterline
<p>INDIANAPOLIS, IN - DECEMBER 01: Head coach Urban Meyer and Terry McLaurin #83 of the Ohio State Buckeyes celebrates after winning the Big Ten Championship against the Northwestern Wildcats at Lucas Oil Stadium on December 1, 2018 in Indianapolis, Indiana. (Photo by Justin Casterline/Getty Images)</p>

The Oklahoma-Texas and Michigan-Ohio State rivalry games return to Fox for the second consecutive year and the network plans to launch a new pregame show with Urban Meyer and Reggie Bush this season.

Fox announced Thursday times and dates for dozens of games that will air on the network, FS1 or the Big Ten network.

Oklahoma and Texas in Dallas is scheduled for Oct. 12 in its traditional noon Eastern time slot. Ohio State will be at Michigan on Nov. 30 and start at noon Eastern.

Fox’s pregame show on the broadcast network debuts Aug. 31 at 11 a.m. Eastern. Fox executives have said they hope a strong slate of noon games will boost the show. Florida Atlantic at Ohio State will be Fox’s Week 1 noon game. Army at Michigan is scheduled for Week 2.