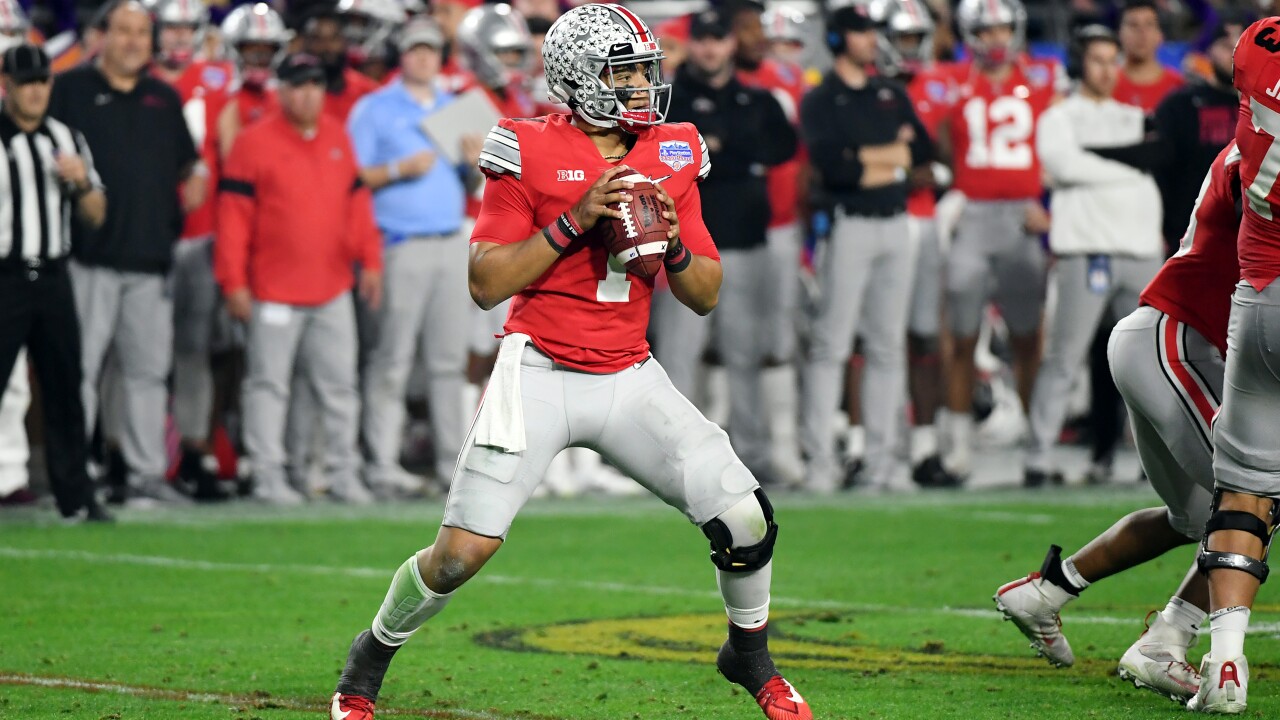 Norm Hall/Getty Images
GLENDALE, ARIZONA - DECEMBER 28: Justin Fields #1 of the Ohio State Buckeyes looks to pass the ball against the Clemson Tigers in the first half during the College Football Playoff Semifinal at the PlayStation Fiesta Bowl at State Farm Stadium on December 28, 2019 in Glendale, Arizona. (Photo by Norm Hall/Getty Images)

COLUMBUS — Not knowing when or if Ohio State was going to play in 2020, Justin Fields never stopped working toward another college football season. He stayed in Columbus, embraced a vegan diet and filled his days with physical conditioning and regular sessions of video study and field work under the tutelage of head coach Ryan Day.

As the Buckeyes prepare for their Oct. 24 opener against Nebraska, the 21-year-old quarterback’s determination is palpable, even in his Zoom interviews with reporters.

“I know the time’s ticking, so I’m just more anxious and anxious every day until game day comes,” Fields said Tuesday. “I know I’ve said it 10 times, but y’all don’t know how excited I am to play.”

Fields transferred from Georgia last year, lured by Day to be the successor to star Dwayne Haskins Jr. He blossomed as expected, leading Ohio State to a national semifinal game and emerging as a Heisman Trophy finalist while battling through a late-season knee injury that made it difficult to even walk at times.

He finished third in the Heisman derby, which was a landslide for former Buckeyes quarterback Joe Burrow, who won the national title at LSU and now starts for the Cincinnati Bengals.

Fields likely will be playing in the NFL next fall whether or not he plays another down of college football. He could have opted out of this pandemic-shortened season but wanted one more shot at the Heisman and a national title with a team he’s convinced can get there.

Fields patiently waited out the Big Ten as the conference shelved the season for about five weeks due to coronavirus concerns before reversing course. Instead of moving on, he spearheaded an online petition that was signed by hundreds of thousands of people urging the Big Ten to start back up.

“I think when you have a year under your belt, you realize the consequence of every game, every snap, the preparation that comes into every play,” Day said. “He asks the right questions going into practice if he’s not sure. He makes sure he has it right. And he’s also holding people accountable.”