Top 25 puts Alabama ahead of Buckeyes 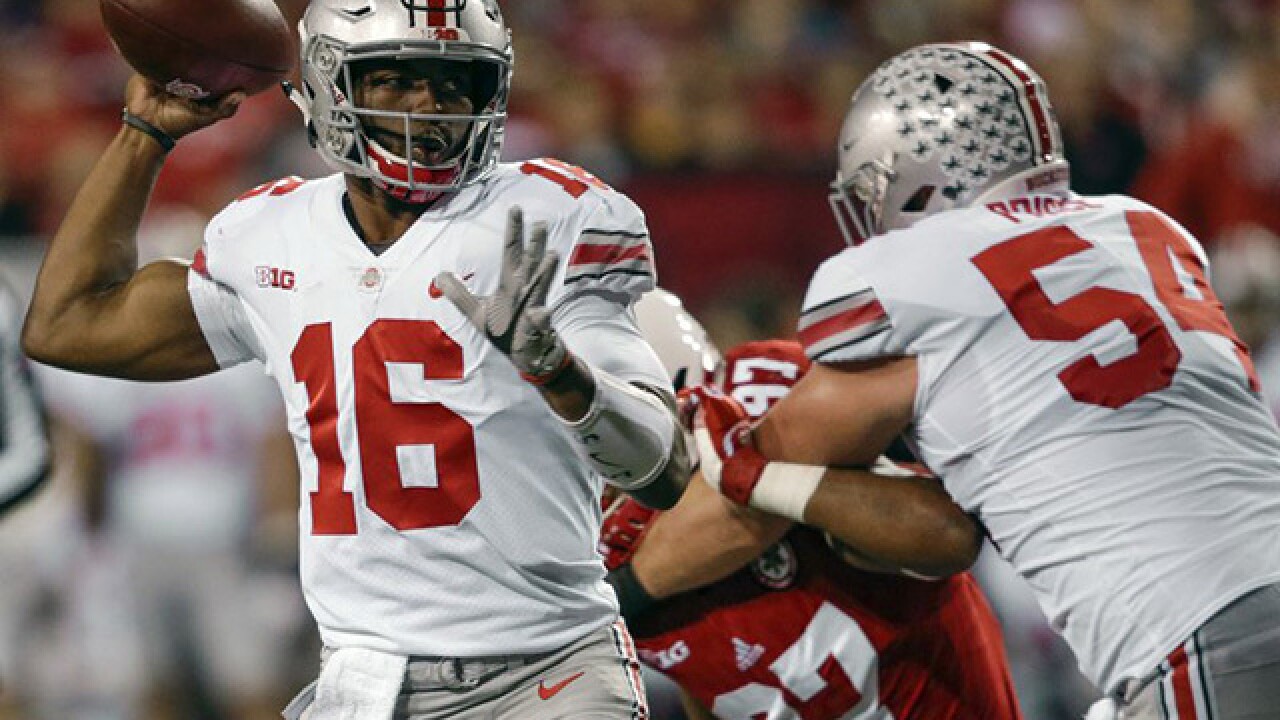 Copyright 2017 Scripps Media, Inc. All rights reserved. This material may not be published, broadcast, rewritten, or redistributed.
<p>Courtesy: Associated Press</p>

In the final Top 25 of the regular season, the Crimson Tide was No. 4 and the Buckeyes were No. 5. The poll was released about an hour before the College Football Playoff pairings were being revealed. Which team gets the final spot in the final four caused a debate between the Crimson Tide and Buckeyes. In the AP media poll, Alabama received 1,307 points to Ohio State’s 1,300.

Clemson finished the regular season No. 1, followed by Oklahoma and Georgia.

Wisconsin was No. 6, followed by Auburn, Southern California, Penn State and UCF. The 10th-ranked Knights are the last unbeaten team in the Football Bowl Subdivision and matched their best ranking ever. UCF finished the 2013 season 10th.