Gymnastics doctor is going to prison, but it will happen again unless we change how we view women 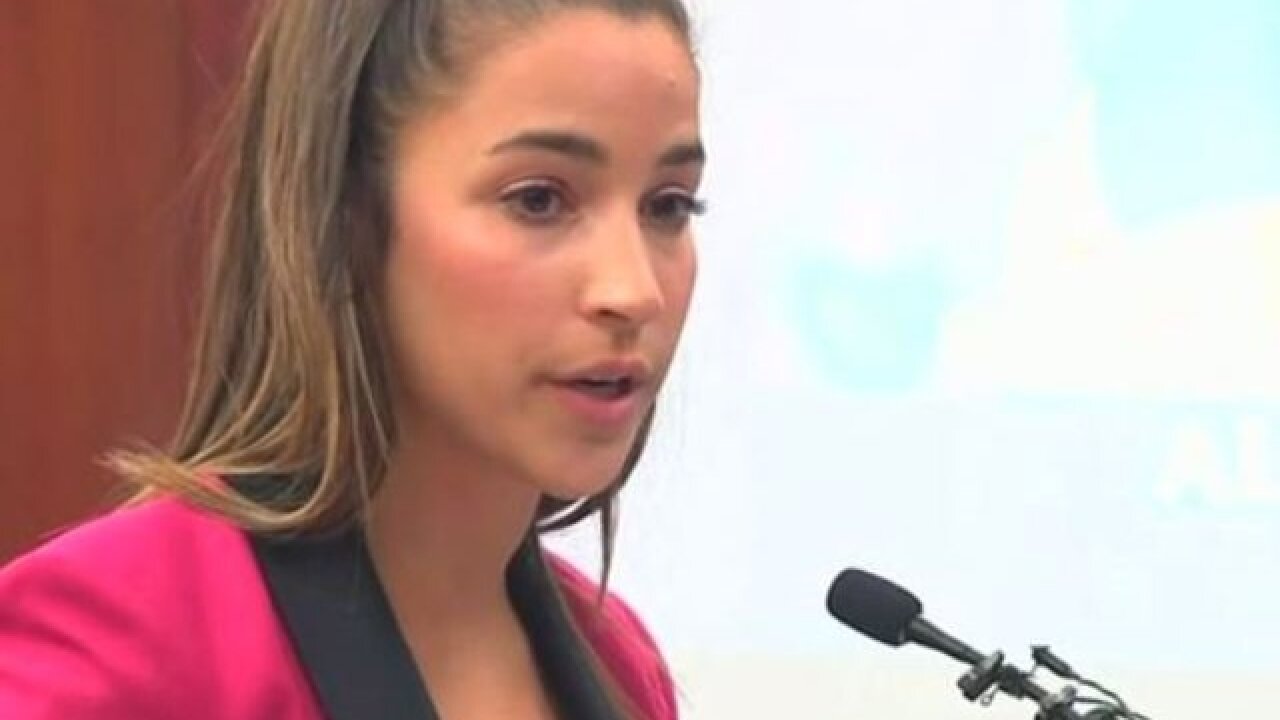 For the last week in a Michigan courtroom nearly 100 women have provided powerful and emotional statements about the sexual abuse perpetrated by Dr. Larry Nassar. Nassar worked as a doctor and athletic trainer for Michigan State and USA Gymnastics, among others, over the course of about three decades. He is being sentenced for multiple sex crimes after being accused of sexually assaulting more than 140 young women and girls, mostly through acts he veiled as medical treatments.

Let me repeat that: More than 140 women. And that’s only the ones that have come forward.

These young women have endured tremendous emotional pain after being robbed by Nassar of the one thing that was inherently supposed to be their own: their bodies.

Kyle Stephens, a non-medical victim who claims her abuse started at 6 years old, described her own struggle when she said, “For me it was a girl wanting the pain to stop so badly that she woke up for months to the thought, ‘I want to die.’ For me, it was a girl getting out her gun and laying it on her bed just to remind herself she has control over her own life.”

Then there was 17-year-old Jessica Thomashow who said, “I lived the next several years in limbo. Being sexually assaulted has changed me into an anxious teen. But I didn’t know I had been abused and that was the source of my anxiety. I no longer felt safe, and I had problems with trust.”

Jade Capua remembered how she felt right after she was abused. “I sat in the bathroom at the facility. I sat there in great disbelief, complete shock and total humiliation. I couldn’t fathom the idea of what had just occurred.”

The questions we have to ask now are how did this happen for so long and to so many?

We’re all to blame

Clearly Nassar is a sick and perverted individual, and he is to blame, but he is not alone. We all hold some responsibility, as members of a culture that does not give women full ownership of their own bodies.

From Kim Kardashian’s butt to Miley Cyrus’s abs, we give magazines, bloggers and anyone with access to TMZ the right to judge, critique and set the standard for other women’s bodies, and we reward these publishers with our attention. We discredit women if they draw “too much” attention to certain body parts, even if their motivation is not to attract others but rather to feel confident or express pride in their own bodies.

Every decision a woman makes in regards to her body, from what she wears, to how fit she wants to be, to who and how many she chooses to be intimate with, has consequences that affect how she is perceived, judged and even valued.

The rippling effects of the aforementioned mentality are devastating, creating an environment where a perverted, well-connected doctor could thrive for decades while wreaking havoc on young women without any real consequences. It allowed Nassar to continuously be the one to set the boundaries for his patients and their bodies, irrespective of any complaints. And there were complaints...

In her impact statement, Stephens said to Nassar directly, “I have been coming for you for a long time. I have told counselors your name in hopes they would report you. I have reported you to child protective services twice. I gave a testimony to get your medical license revoked. “

According to a lawsuit reviewed by the Indianapolis Star , a student-athlete at Michigan State reported concerns in regard to Nassar all the way back in 1998, and the university “failed to take any action.” In 2000, according to a lawsuit filed in 2017, a second student-athlete at MSU reported concerns to trainers or coaches, but the university “failed to take any action,” In 2014, MSU cleared Nassar of any wrongdoing after a three-month investigation following an athlete’s complaint. According to The Lansing State Journal , MSU’s Title IX investigation concluded, “the woman didn’t understand the ‘nuanced difference’ between sexual assault and an appropriate medical procedure.”

Are you kidding me?

Nassar’s fate did not drastically change until the Indianapolis Star published an article in 2016 that revealed that USA Gymnastics has followed a policy of not reporting all sexual abuse allegations, which led several victims to reach out to the paper in regards to Nassar’s indiscretions. Shortly after one victim filed a criminal complaint against Nassar and another filed a civil suit against USA Gymnastics, the newspaper published an article on Nassar. The Indianapolis Star , similar to the New York Times reporting on Harvey Weinstein, made the stories that had been whispered about in small circles public on a large scale. It's worth pointing out: It was the press and the public that put the wheels of justice in motion, not the individual women who had spoken up before then.

It shouldn’t have ever gotten this far. We have made it far too easy for institutions, people in positions of power, and organizations to justify the dismissal of individual claims by simply not acknowledging a woman’s voice when it comes to her own comfort zones. Instead victims have often had to wait for public opinion or a collective voice, if it even reaches that level, to determine that lines have been crossed and justice needs to be served.

Two-time Olympian Aly Raisman said to Nassar, “If over these many years, just one adult listened, and had the courage and character to act, this tragedy could have been avoided. I and so many others would have never, ever met you.”

She added: "Over those 30 years when survivors came forward, adult after adult, many in positions of authority protected you, telling each survivor it was OK, that you weren’t abusing them. In fact, many adults had you convince the survivors that they were being dramatic or had been mistaken. This is like being violated all over again.”

For women, there is no safe haven. Nassar has shown us that not even athletics guard women from the mentality that plagues our culture. Sports should be a protected space for girls where they can become more confident in their own skin and their bodies are celebrated for what they’re able to accomplish, as opposed to who they might possibly please. But Nassar was able to turn training facilities into his own predatory playground, inflicting potentially lifelong scars.

Raisman said while she still loves gymnastics, “Abuse goes way beyond the moment, often haunting survivors for the rest of their lives, making it difficult to trust and impacting their relationships.”

Thomashow said, “I couldn’t be just a normal girl anymore, and I forever lost a big piece of my childhood due to his abuse.”

Stephens said, “The complex feelings of shame, disgust and self-hatred brought me bouts of depression, anxiety, eating disorders and other compulsive conditions.”

We must attack this problem at its root. We have to allow women, as individuals, to lay down the law in regards to their own bodies so that their voices and their complaints are addressed thoroughly. To do so, we must create a culture where a woman’s size and weight are her own, the length of a woman’s skirt does not measure the amount of respect she receives, and women can express themselves physically based on how they feel without worry about how they will be perceived. The lines can’t be muddied. We need to preach, practice and enforce the notion, “Her body, her decisions, in all facets of life.”

This is just the start

As I watch Nassar’s victims share their stories and encourage stricter, more effective policies, it’s clear to me that these women are demanding full ownership of their own bodies. They are demanding that a single victim receive a legitimate response to a complaint without the need of a public platform or a collective voice. They are demanding that perpetrators, specifically their own, be punished harshly. And they are making these demands by drawing from the same power and strength that Nassar, along with our systemically-flawed society, attempted to take away from them. I applaud them, but they are just the start of the change that’s needed.

“Imagine feeling like you have no power and no voice. Well you know what, Larry, I have both power and voice, and I am only beginning to just use them,” Raisman said directly to Nassar.

Stephens told Nassar, “You used my body for six years for your own sexual gratification. That is unforgivable.”

She added, “Perhaps you have figured it out by now but little girls don’t stay little forever, they grow into strong women to destroy your world.”

My hope is that these young women not only destroy Nassar’s world but help influence a cultural shift in our world as well. But they can’t do so by themselves. As each of these women’s stories are finally heard, I challenge every one of you to truly LISTEN to them so you can realize one woman should have been enough. In fact, one woman should have been and should always be too many.

Lauren Brill is a News 5 reporter and the the host of the BRILLiant Perspectives podcast.