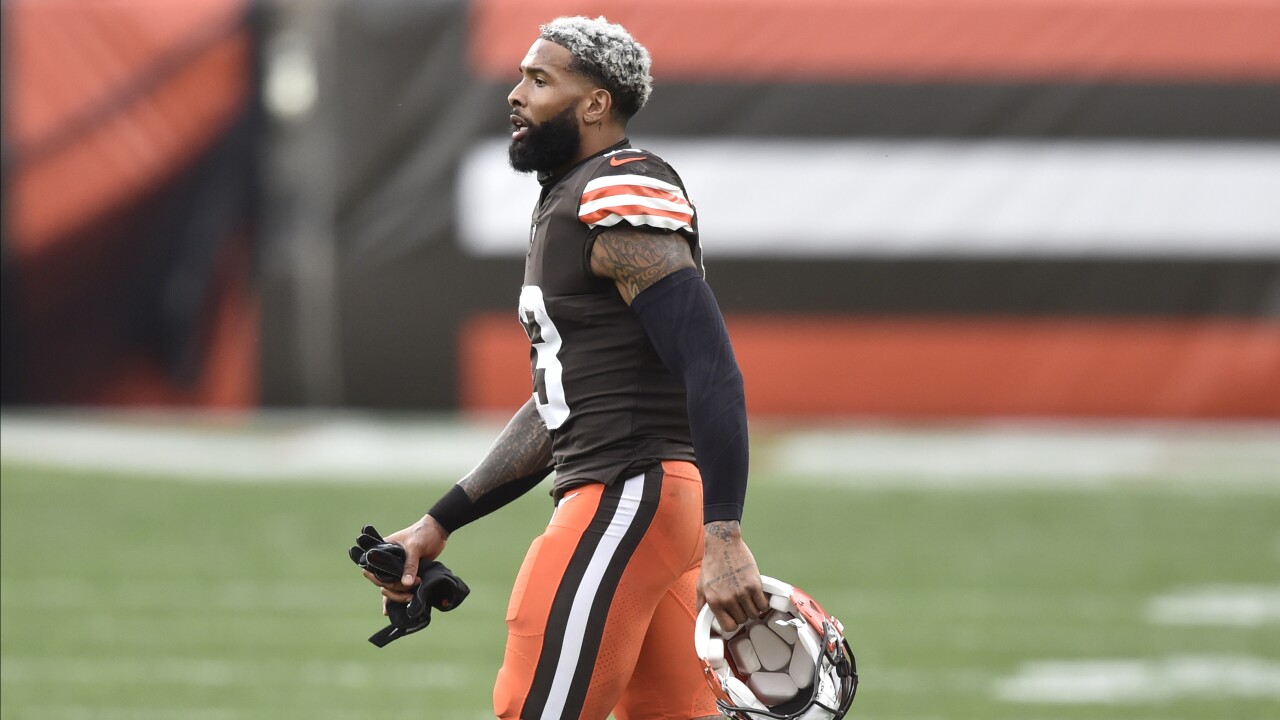 CLEVELAND — The Cleveland Browns are headed to Pittsburgh to try and get their first win there against the Steelers since 2003.

The last time the #Browns won in Pittsburgh. Let's finally end this streak so these pieces of trivia become irrelevant. Top song, shows, movies, and phone from that time. pic.twitter.com/JfDzCpq6sq

This will also be the first game that Myles Garrett will be playing against the Steelers since he was suspended at the end of last season for swinging his helmet at quarterback Mason Rudolph.

Kick things off on News 5 at 11 a.m. Sunday with Browns Countdown. Jon Doss, Hanford Dixon, Je'Rod Cherry and Nathan Zegura will break down everything you need to know before the game.

The game will air on CBS at 1 p.m. You can watch the game online with services such as NFL Game Pass and Fubo TV. Note that restrictions may apply, and some games will not be available live.

This season, fans will also be able to watch games for free online with Yahoo! Sports via ClevelandBrowns.com on mobile web and the Browns mobile app, as long as the viewer is within the local broadcast radius. Links to watch the games will be posted on the website and mobile app.

Listen to the game live on FM radio stations 92.3 The Fan and 98.5 WNCX, or on ESPN 850 on the AM dial. The radio broadcasts are also available on the Browns website and app.

After the second quarter, head to the News 5 Cleveland Facebook page at halftime to watch News 5's Halftime Live.