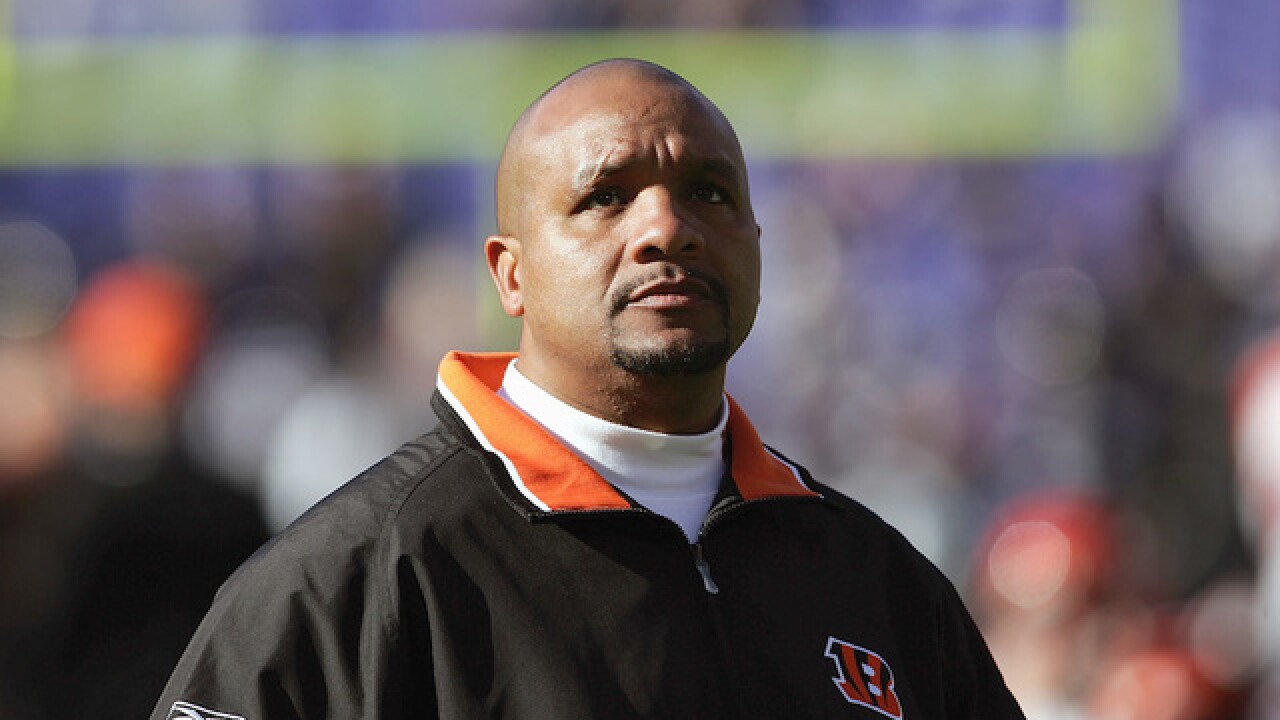 Copyright 2018 Scripps Media, Inc. All rights reserved. This material may not be published, broadcast, rewritten, or redistributed.
Doug Pensinger
<p>BALTIMORE - DECEMBER 5: Wide receivers coach Hue Jackson of the Cincinnati Bengals looks on before the game against the Baltimore Ravens at M&T Bank Stadium on December 5, 2004 in Baltimore, Maryland. The Bengals defeated the Ravens 27-26. (Photo by Doug Pensinger/Getty Images) *** Local Caption *** Hue Jackson</p>

Following his firing from the Cleveland Browns, Hue Jackson is heading south to Cincinnati for a coaching position, the Cincinnati Bengals confirmed Tuesday.

Jackson's role will focus on helping Marvin Lewis, who is now running the team's defense following the firing of Cincinnati's defensive coordinator, assimilate his head coaching duties with managing and calling the defense, the Bengals report.

"I'm pleased to have the opportunity to join the Bengals this season. There's a lot of talent on this team, and I look forward to doing my part to help it finish the season strong," Jackson told the Bengals.

Jackson, who is in his 18th season as an NFL coach, was Lewis’s offensive coordinator in 2014 and 2015 before he was hired by Browns owners Dee and Jimmy Haslam. Jackson also worked in Cincinnati as a defensive assistant and wide receivers coach.

Lewis fired defensive coordinator Teryl Austin on Monday, a day after a 51-14 loss to the New Orleans Saints.