Indians lose to Houston Astros, 3-1 in Game 2 of ALDS

On Saturday night the Indians fell 3-1 to the Houston Astros at Minute Maid Park in Houston, dropping to 0-2 in the ALDS.

The Indians took the lead early on when Francisco Lindor hit a deep solo home run off of Gerrit Cole in the third inning to give the Tribe a 1-0 lead.   Despite Lindor's home run. Cole was solid on the mound for the Astros striking out 12 batters in seven innings pitched.

Carlos Carrasco started for the Indians and gave up six hits in 5 1/3 innings, before leaving the game. In the sixth Marwin Gonzalez hit a two-run double off of Indians' reliever Andrew Miller to give Houston a 2-1 lead.  Alex Bregman extended the Astros lead with a solo home run in the seventh off Trevor Bauer.

Not how we would have chosen to write the script, but here we are. Decompress. #RallyTogether 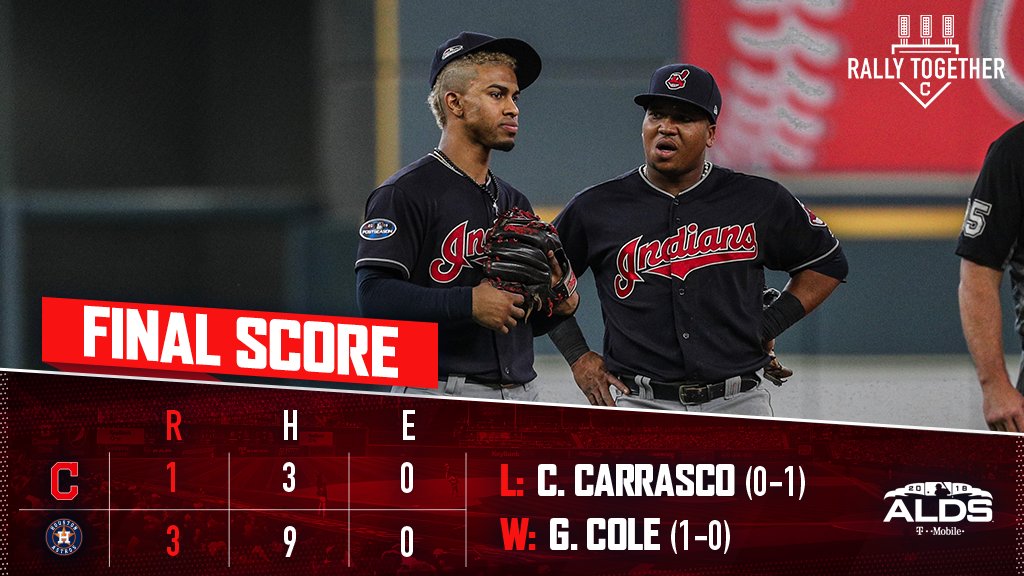 The series will come to Cleveland on Monday night, as the Tribe will try to dig themselves out of an 0-2 hole in this best of five series.