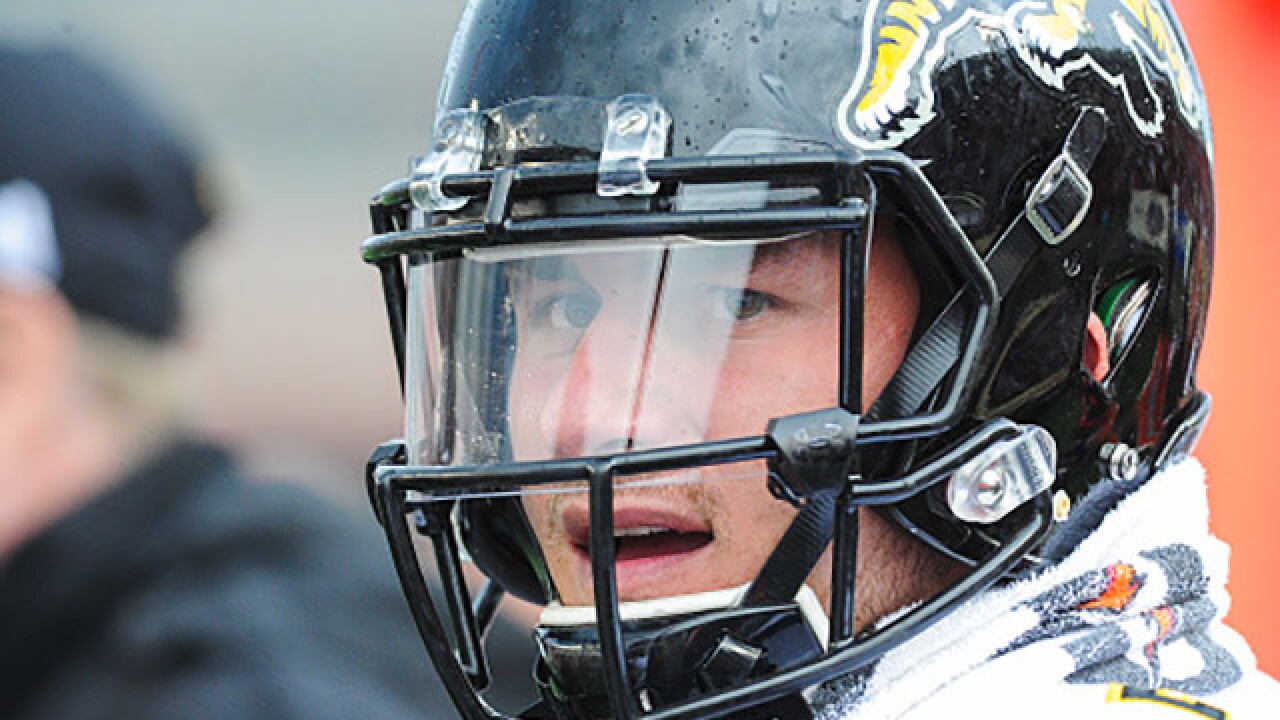 Copyright 2018 Scripps Media, Inc. All rights reserved. This material may not be published, broadcast, rewritten, or redistributed.
<p>CALGARY, AB - JUNE 16: Johnny Manziel #2 of the Hamilton Tiger-Cats stands on the sidelines during a CFL game against the Calgary Stampeders at McMahon Stadium on June 16, 2018 in Calgary, Alberta, Canada.</p>

Johnny Manziel is headed to the Montreal Alouettes in a reunion with the coach who recruited him to Texas A&M.

The Canadian Football League team acquired the former Heisman Trophy from the Hamilton Tiger-Cats in a blockbuster trade Sunday.

“I look forward to reuniting with Johnny again and working with him,” first-year Montreal coach Mike Sherman, the former Green Bay coach and GM who lured Manziel to College Station, told the Montreal Gazette.

The Alouettes made the move a day after starting quarterback Drew Willy sustained his second injury of the season. Montreal backup Jeff Mathews also is out with a foot injury, leaving third-stringer Matt Shiltz to play the final three quarters Saturday night in a 25-8 loss at Calgary.

“We have acquired an exceptional quarterback with undeniable talent,” Alouettes general manager Kavis Reed said in a statement in a team release. “With his great mobility, his athletic abilities and his instinct we believe that he will have a positive impact on our offense. Landon Rice and Tony Washington are two skilled players that will considerably solidify our offensive line.”

Making a comeback after being released by the Cleveland Browns in March 2016, Manziel was unable to get on the field in Hamilton behind starter Jeremiah Masoli. In two preseason games, the former Texas &M star was 21 of 32 for 168 yards and a touchdown.

Montreal (1-4) hosts Edmonton on Thursday night. The last place Alouettes have scored a CFL-low 69 points and allowed a league-high 148.

“This is a move both Kavis Reed and I felt we needed to make at this time,” Sherman said. “Neither one of us believes in the status quo and felt we needed to shake things up. Johnny is someone we believe can elevate one of the most important positions on our team.”