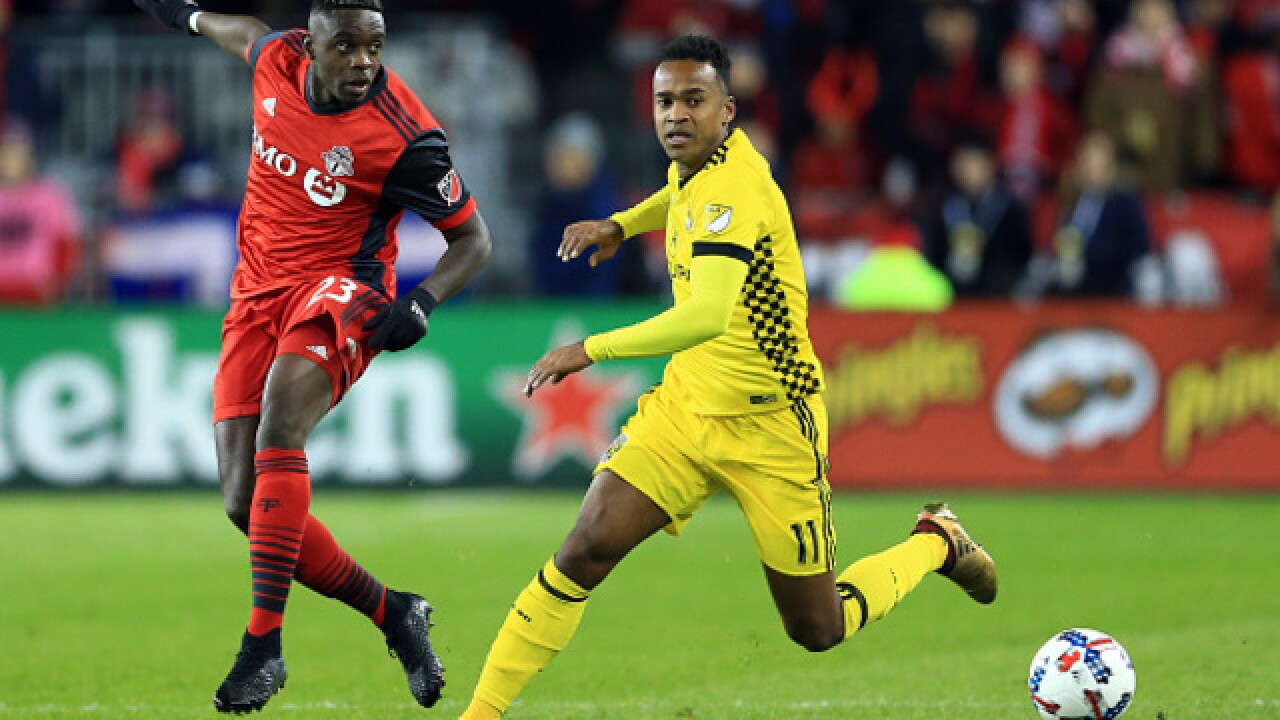 Image copyright 2018 Getty Images. All rights reserved. This material may not be published, broadcast, rewritten, or redistributed.
Vaughn Ridley
<p>TORONTO, ON - NOVEMBER 29: Chris Mavinga #23 of Toronto FC and Ola Kamara #11 of Columbus Crew SC chase a loose ball during the first half of the MLS Eastern Conference Finals, Leg 2 game at BMO Field on November 29, 2017 in Toronto, Ontario, Canada. (Photo by Vaughn Ridley/Getty Images)</p>

The Columbus Dispatch  reports  a judge on Monday denied the team’s and Major League Soccer’s request to dismiss the suit brought by the city of Columbus and the state of Ohio.

The lawsuit argues a Crew proposal to relocate to Austin, Texas, didn’t comply with state law saying Ohio sports teams using publicly supported facilities must give six months’ notice and allow cities or residents a chance to buy the team.

Attorneys for the team and MLS argue Crew SC doesn’t receive public financial assistance and the law interferes with the right to conduct business in interstate commerce.

The team’s owner had no comment on Monday’s decision. An MLS statement called it disappointing.