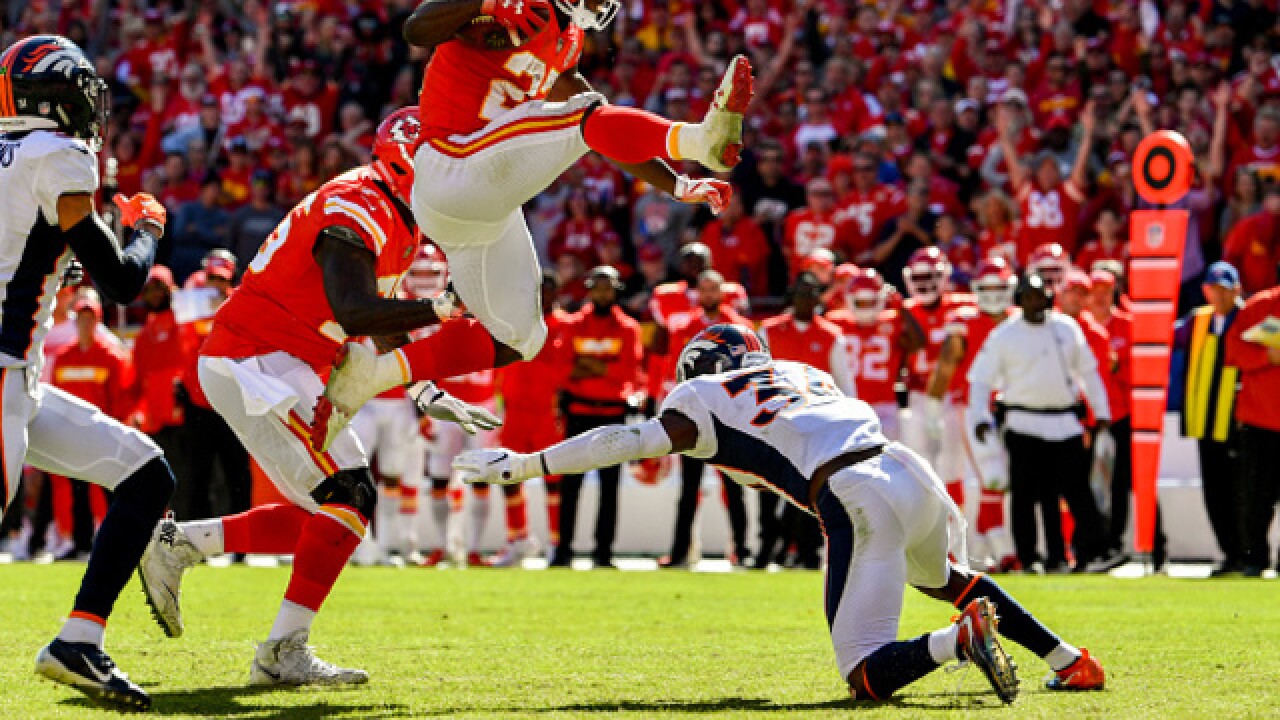 Copyright 2018 Scripps Media, Inc. All rights reserved. This material may not be published, broadcast, rewritten, or redistributed.
Peter Aiken
<p>KANSAS CITY, MO - OCTOBER 28: Kareem Hunt #27 of the Kansas City Chiefs hurdles over Will Parks #34 of the Denver Broncos on his way to an impressive touchdown run during the third quarter of the game at Arrowhead Stadium on October 28, 2018 in Kansas City, Missouri. (Photo by Peter Aiken/Getty Images)</p>

Kansas City Chiefs running back Kareem Hunt is giving back to where he got his start.

Hunt was a star when he played for the Willoughby South football team.

With the Chiefs playing in Cleveland this week, he decided to surprise the entire Willoughby South football team with tickets to the game.

His mother, Stephanie Riggins, delivered the tickets to the team on Wednesday.

This will be the first time that Hunt will be playing in Cleveland since being drafted into the NFL.