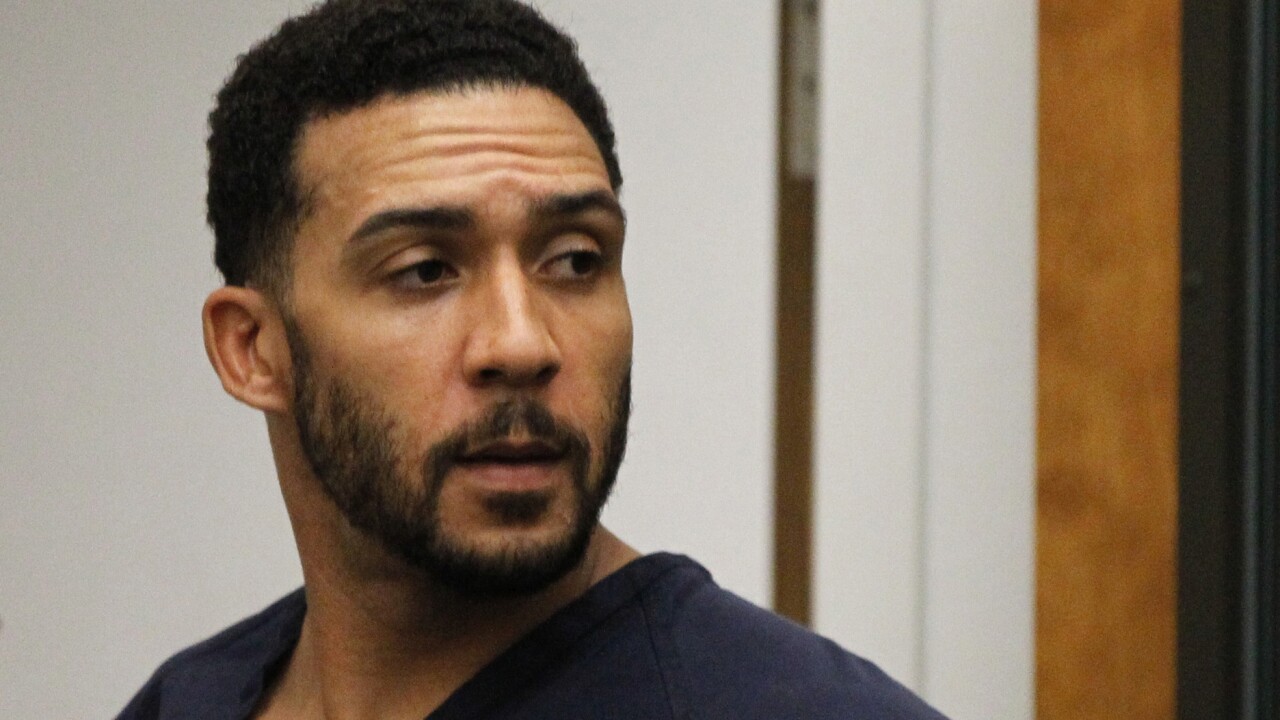 Hayne Palmour/AP
FILE - In this June 15, 2018, file photo, former NFL football player Kellen Winslow Jr., center, leaves his arraignment in Vista, Calif. Winslow, a former NFL No. 1 draft pick and son of a Hall of Famer who starred for his hometown San Diego Chargers, goes on trial Monday, May 20, 2019, on multiple charges including raping two women last year and raping an unconscious 17-year-old girl. He has pleaded not guilty to all charges.(Hayne Palmour/San Diego Union-Tribune via AP, Pool, File)

Winslow entered his plea Monday as he was about to be retried on two rape allegations in San Diego County Superior Court in the city of Vista.

In exchange for his plea, the court agreed to sentence him to between 12 and 18 years in prison. He had faced life if convicted of rape on multiple counts in the retrial.

In June, a jury found him guilty of raping a homeless woman in Encinitas, north of San Diego. Jurors also convicted him of two misdemeanors — indecent exposure and a lewd act in public — involving two other women.

But that jury failed to agree on other charges, including the alleged rape of the hitchhiker and the rape of the unconscious teen in 2003.

Under the plea deal, the attack on the hitchhiker was reduced to sexual battery.