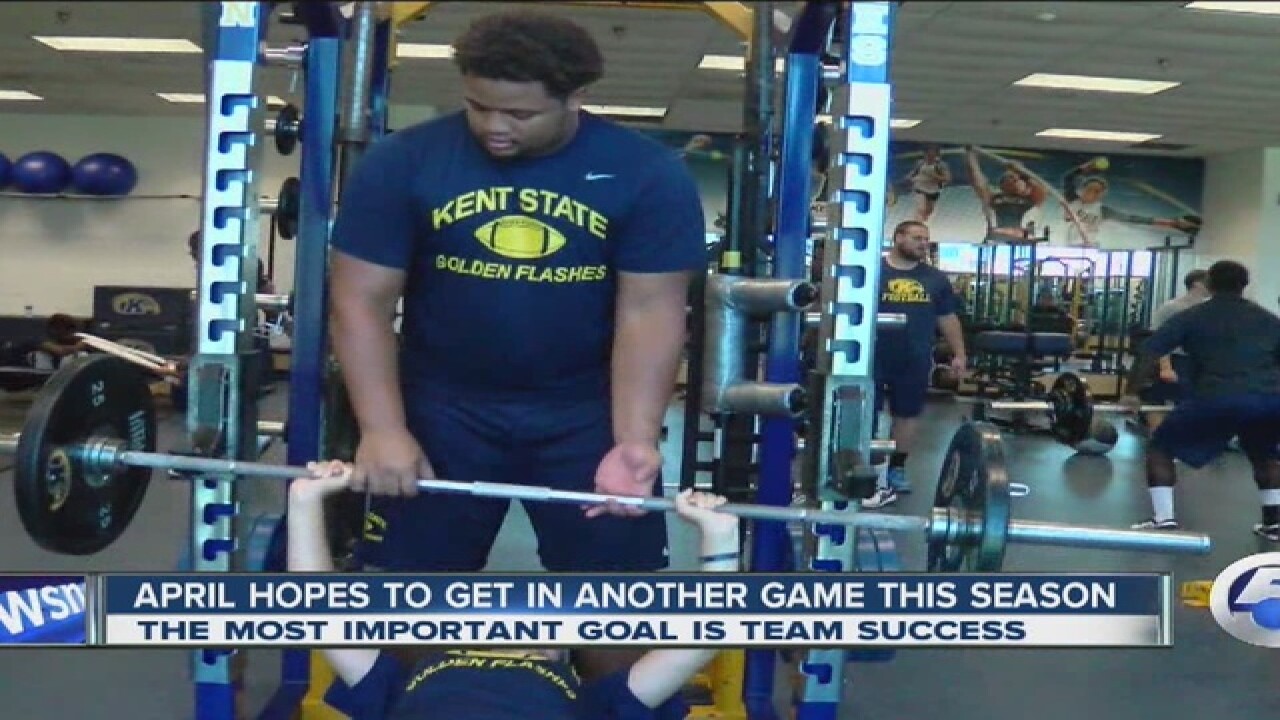 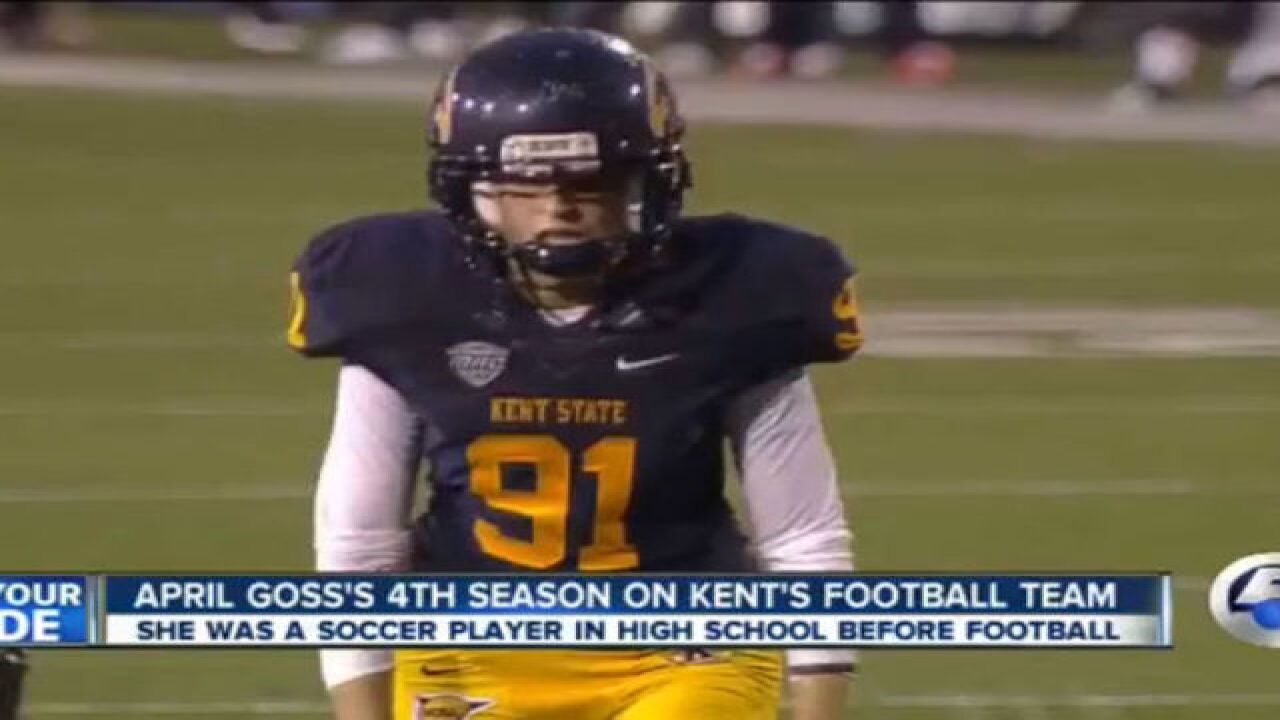 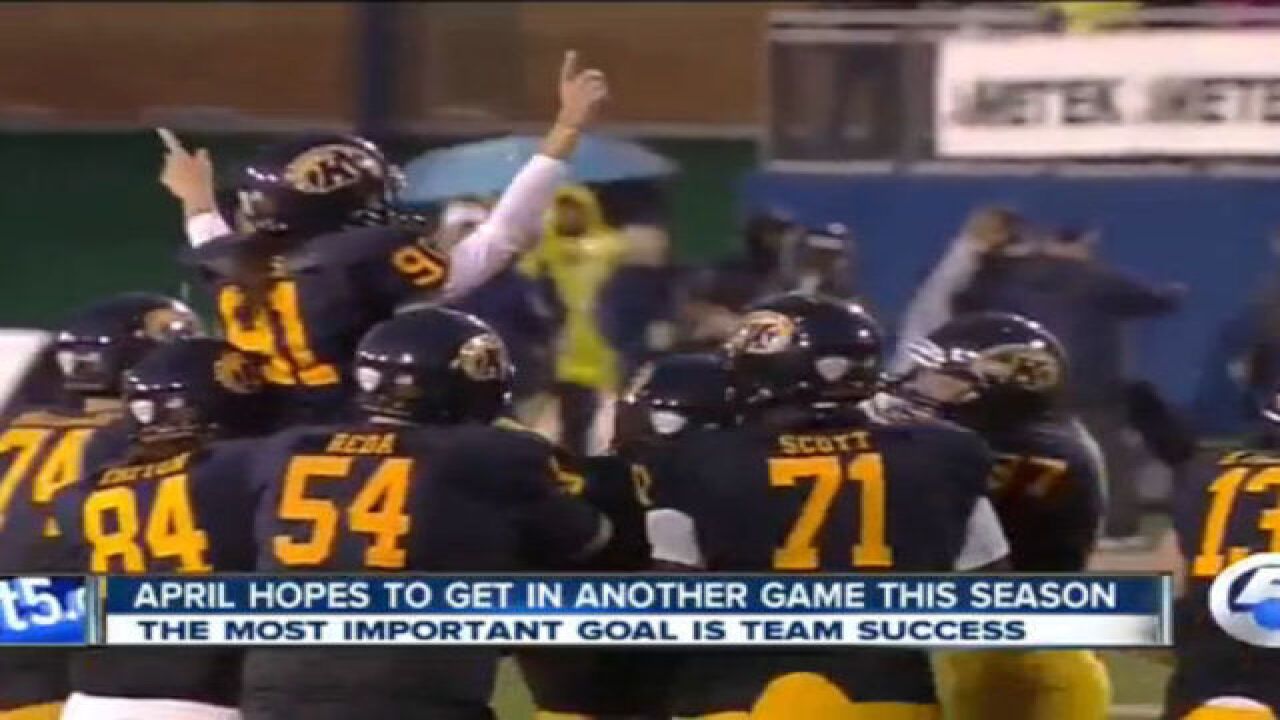 Every athlete hopes one day to get their moment to shine. On Sept. 12, Kent State Kicker April Goss got her's.

Goss became the second woman to ever score a point in a division one football game when she kicked an extra point in the team’s 45-13 win over Delaware State.

“It was just pretty amazing, to not only do that, but the way that my teammates celebrated with me,” Goss said.

“You have to welcome her with open arms and make her feel comfortable because she put in the work to get here just like everyone else did,” explained senior kicker Anthony Melchiori.

While Goss' score was greeted with cheers from her teammate, the first woman to score in a major college football game had a very different experience.

Katie Hnida started her collegiate career at the University of Colorado. After transferring to New Mexico where she ultimately achieved the historic feat, she alleged her teammates sexual harassed and one even raped her during her time in Colorado.

Fortunately, Goss’ experience with her teammates has always been very positive.

“I think that just shows the character of this team and the coaching staff and it just shows not only what type of players they are but guys too,” Goss said.

The kick was not perfect, but the moment was just right, not necessarily because of what she achieved but because of the teammates that shared the experience with her.