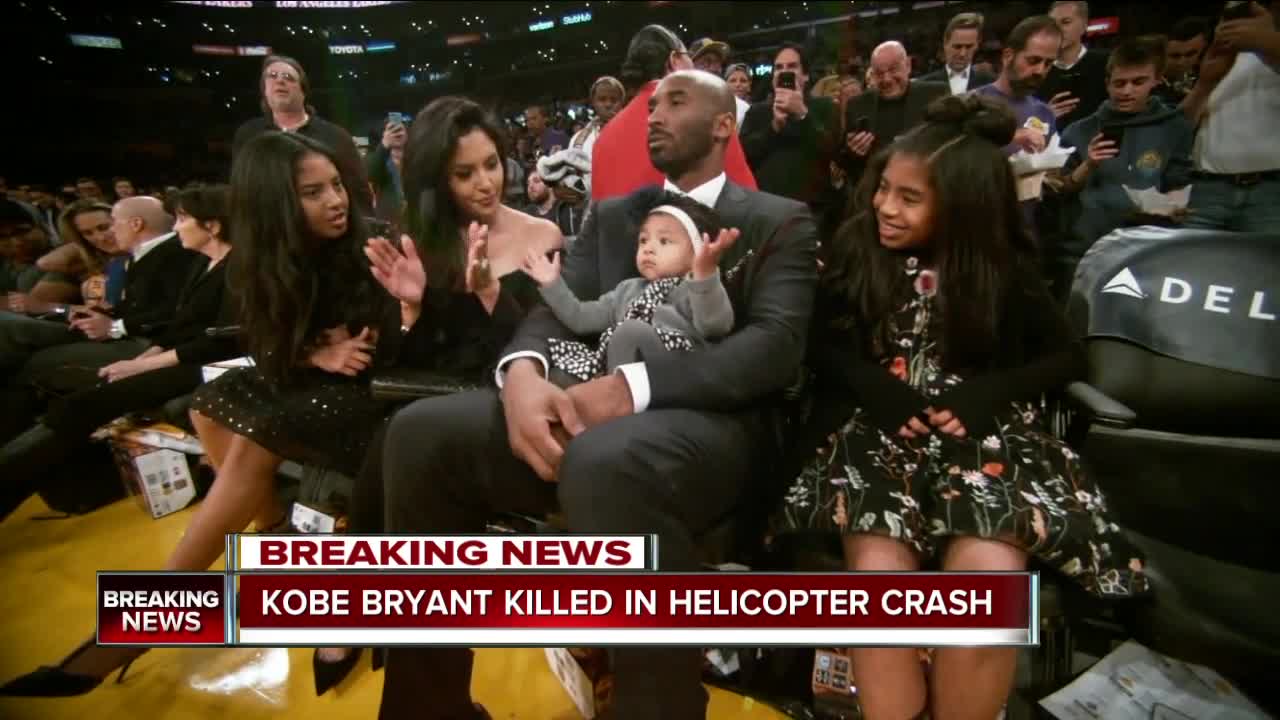 Former NBA star Kobe Bryant and his 13-year-old daughter were among the nine people killed in a helicopter crash in Southern California on Sunday. 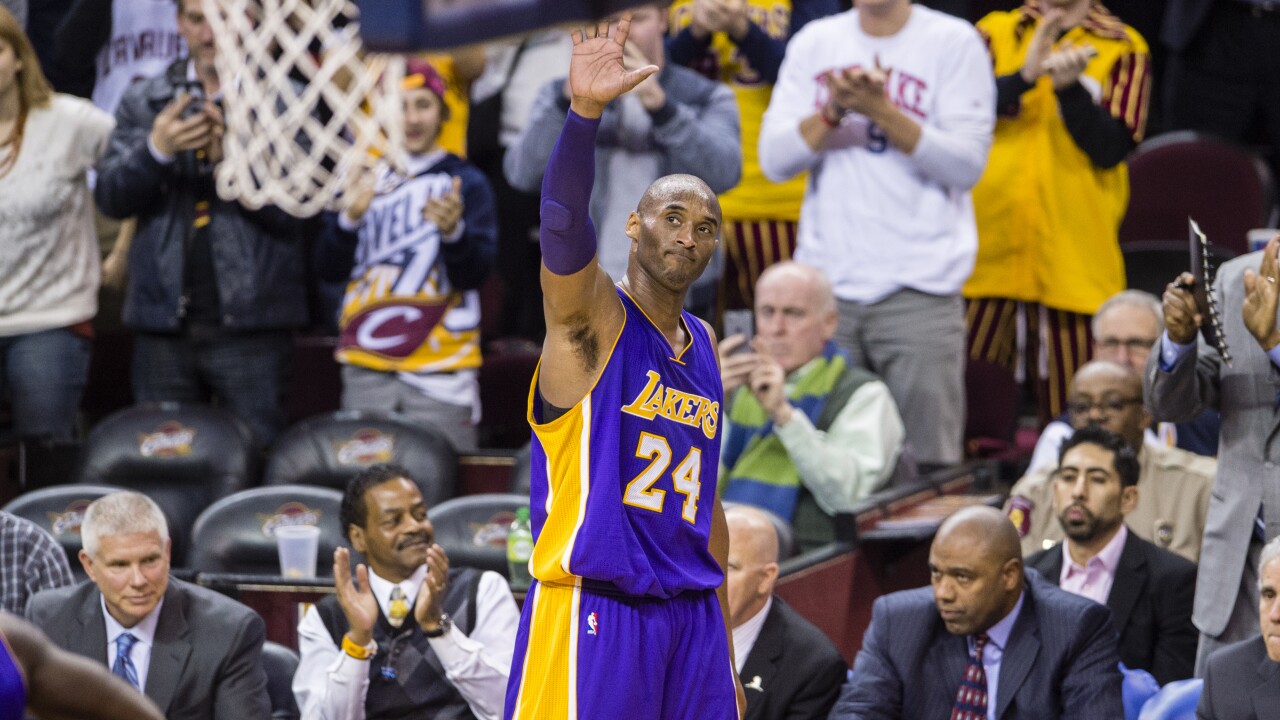 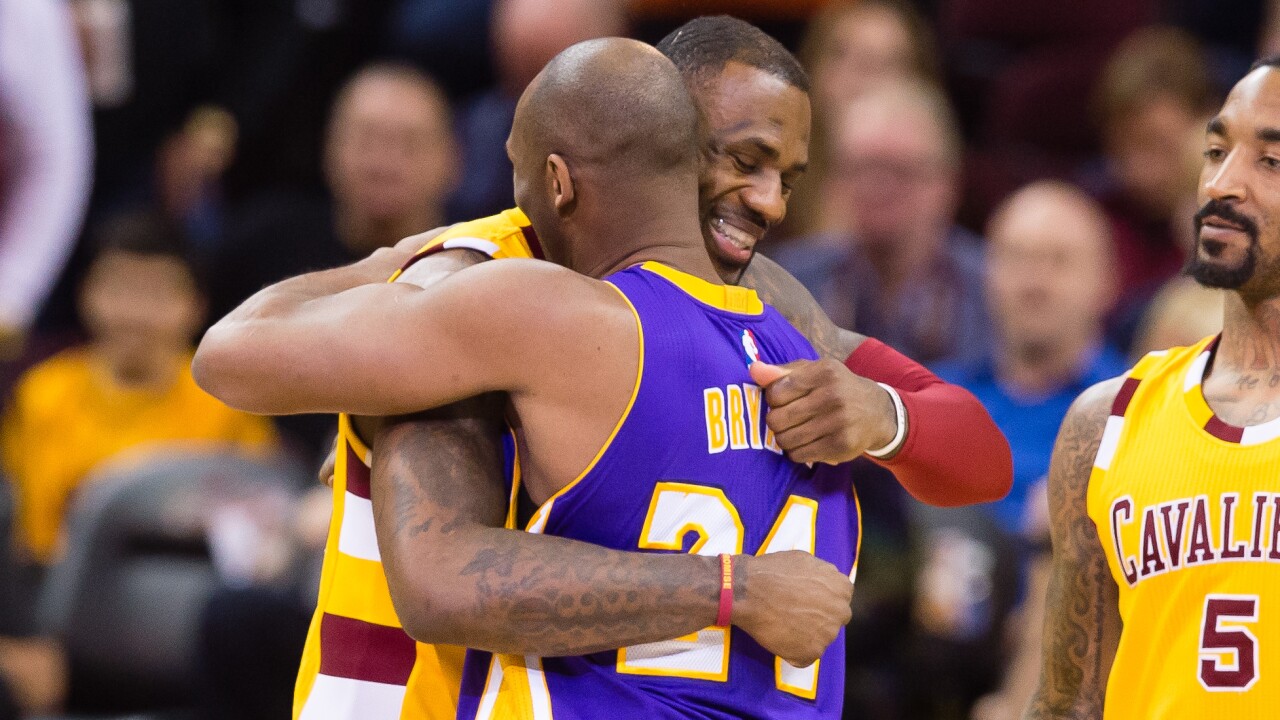 CLEVELAND — NBA legend Kobe Bryant was killed in a helicopter crash on Sunday at the age of 41. Although his life was short, it was filled with unforgettable moments for him and for those of us who watched him play. As we remember the life and legacy of Bryant, one of the strongest memories we'll always have here in Northeast Ohio is that of his last game played in Cleveland.

On Wednesday, Feb. 10, 2016, Bryant walked onto the court of what was then Quicken Loans Arena for the very last time in his career as his Los Angeles Lakers took on the Cleveland Cavaliers. He had announced his retirement in November 2015 and was on his “farewell tour” when he shared the floor with fellow superstar LeBron James for the last time in Cleveland.

Bryant was greeted in Quicken Loans Arena with nothing but love. The Cavaliers played a video montage of his career highlights and introduced him with as much fervor, if not more, than James’ pregame introductions.

Before the game, Bryant and James found each other on the court and hugged it out with big smiles on their faces. Bryant and James started the game guarding each other, giving fans a look at the NBA Finals match-up that never was and a vision of two of the best to ever play the game going head-to-head.

Throughout the night, Bryant was serenaded with “Ko-be!” chants and outbursts of applause. Many parts of the arena made it feel like Los Angeles with all of the purple-gold No. 8 and No. 24 jerseys in the crowd.

Bryant and the Lakers lost to the Cavaliers that night, but he didn’t let his team go down without a fight. In Bryant’s final game in Cleveland, he recorded nine of his 17 points in the fourth period, adding six rebounds, three assists and a steal to his stat line.

James, who looked up to and had a close friendship with Bryant and who is now on the team Bryant spent his entire career with, passed Bryant for third in the NBA all-time scoring leaders on Saturday in a game against the Philadelphia 76ers. After the game, James reflected on his connection with Bryant, with whom he won a gold medal in the 2008 Olympics on the "Redeem Team."

"It was a dream come true for me to be able to line up alongside of him," James said to ESPN following the game. "I admired him for so many years, seeing him from afar and then being able to be at practices with him and me watching and learning."

News of Bryant’s death shook the world on Sunday afternoon, and many are remembering the legend’s greatness fondly. While he may be gone from this earth, the NBA superstar will live on in the memories of those who watched him on the court—and that February day just four years ago when Bryant stepped on the court at Quicken Loans Arena for the final time is enshrined in the hearts of Cleveland sports fans forever.