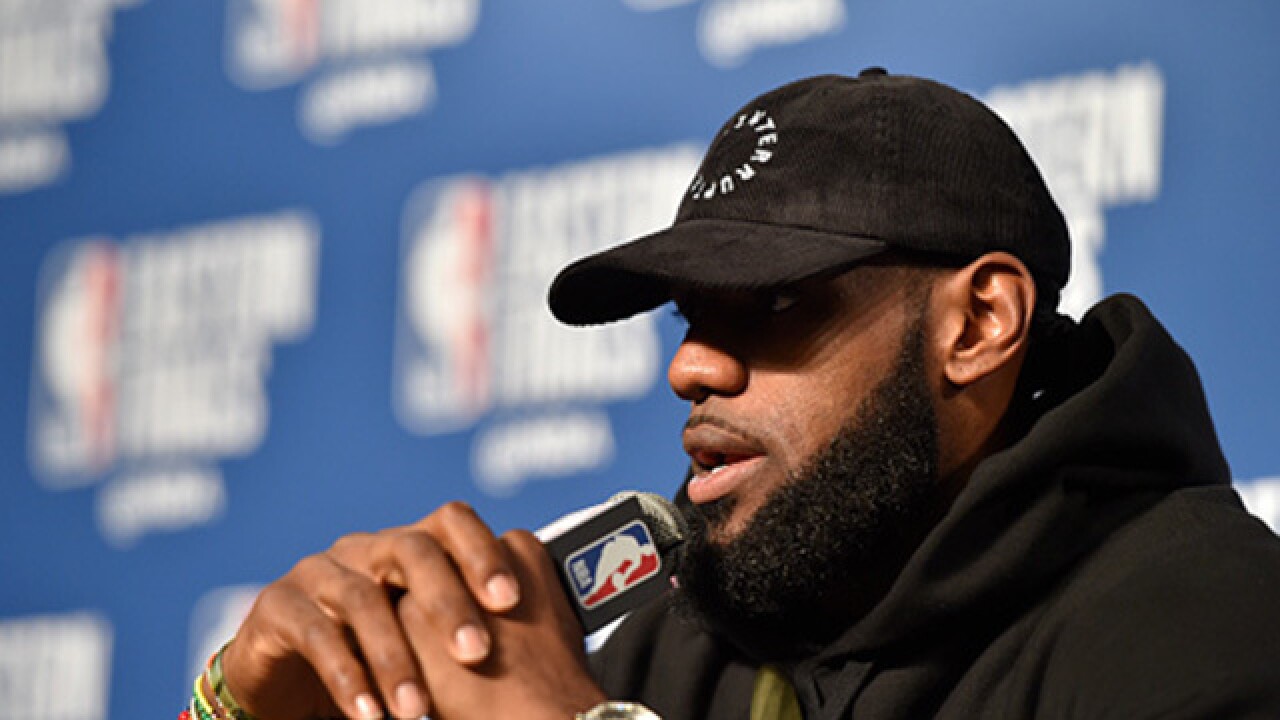 LeBron James won’t rule out a second homecoming in Cleveland.

The NBA superstar, who earlier this month ended his second stint with the Cavaliers by signing a four-year contract with the Los Angeles Lakers, told The Associated Press on Monday there could be a day when he plays in his home state again.

Asked if he could end his career in Cleveland, James says he doesn’t “close the chapter on anything or close the book on anything.”

When James announced he was leaving the Cavs, Cleveland owner Dan Gilbert said the team would retire “the famous #23 Cavs jersey one day down the line.”

James says he didn’t know about Gilbert’s comment. But he says it’s awesome.