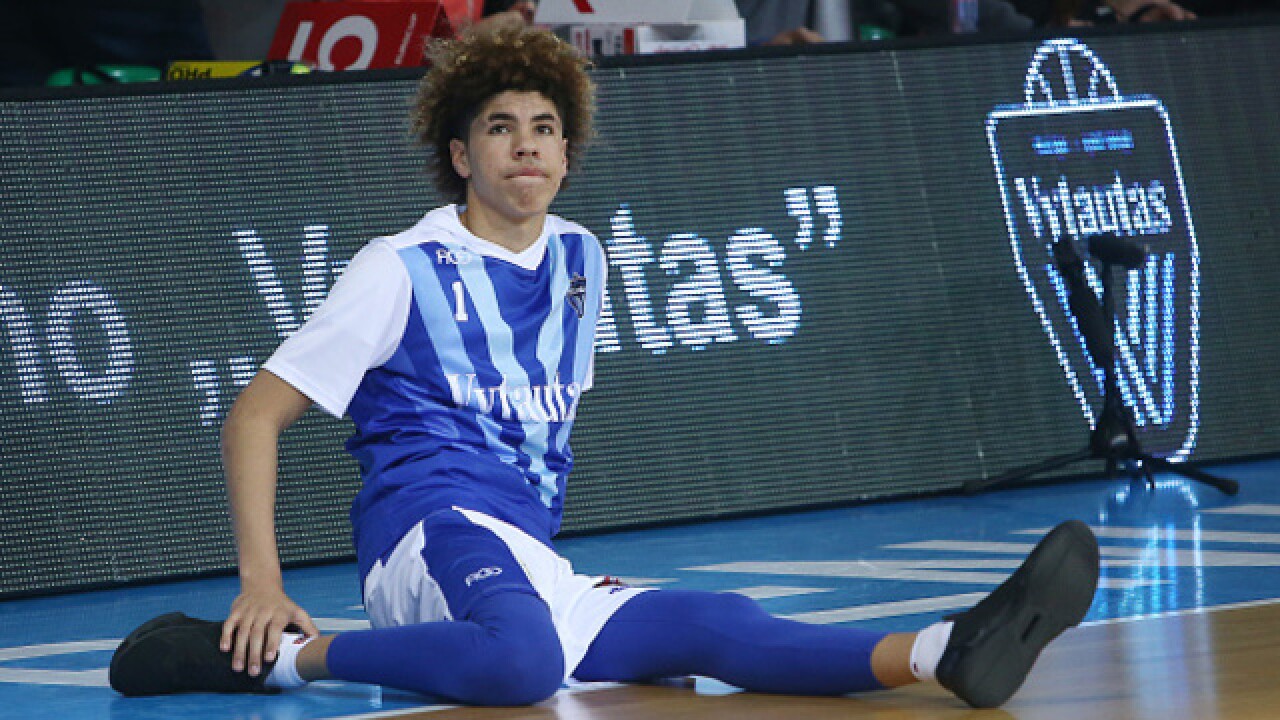 Copyright 2018 Scripps Media, Inc. All rights reserved. This material may not be published, broadcast, rewritten, or redistributed.
Alius Koroliovas
<p>PRIENAI, LITHUANIA - JANUARY 09: LaMelo Ball of Vytautas Prienai prior to the match between Vytautas Prienai and Zalgiris Kauno on January 9, 2018 in Prienai, Lithuania. (Photo by Alius Koroliovas/Getty Images)</p>

LaMelo Ball is bringing the family to Ohio.

Ball is enrolling at Spire Institute in Geneva for his senior year.

He spent the last year playing professional basketball in Lithuania.

I’ve decided to return to highschool and complete my senior year. I thank my dad for the JBA Experience and playing overseas. I’ve been accepted to attend Spire Prep Academy in Geneva, Ohio where i look forward to earning my highschool diploma and winning with my new team! pic.twitter.com/FQzta0PiNE

Ball was ranked as a five-star prospect in the class of 2019, but withdrew from Chino Hills High School in California last October. He and his brother, LiAngelo, then signed with BC Vytautas in Lithuania, according to an ESPN report.

The brothers returned to the United States this past summer and played in the Junior Basketball Association, a league run by their father, LaVar.