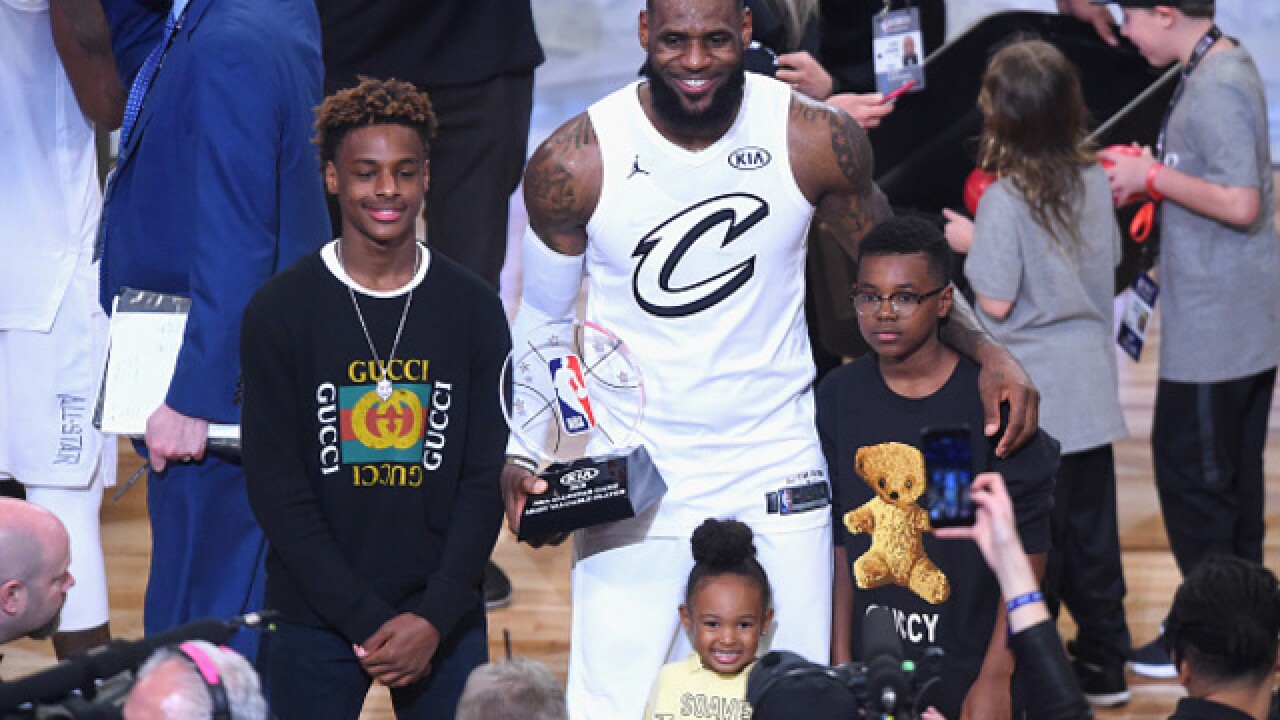 LeBron James Jr. made his basketball debut in Los Angeles wearing a number that made his father proud, ESPN reports.

James, who used to wear No. 0 while playing AAU, surprised his father, LeBron James, by wearing No. 23.

"I don't know how long it's going to last, but it definitely made me feel proud," James told ESPN.

James told ESPN that his 11-year-old son Bryce has decided to wear No. 6, the number he wore when he played for the Miami Heat.

LeBron James Jr. made his first in-game dunk ever.

Bronny threw down his first in-game dunk with his dad in the crowd 💪 (via @jarbasfaria) pic.twitter.com/hbUfTUlP7G