Whatever it takes: BMV using photo of LeBron in a Lakers jersey to stop people from smiling

Sometimes it's difficult not to crack a smile at the BMV because it's only natural to smile in photos. One Cleveland BMV is making sure that doesn't happen by using a photo of LeBron James in a Lakers jersey.

Beachwood native Roni Zemelman posted on his Facebook a photo of James in a Lakers jersey taped to the camera at the BMV located at 1593 Golden Gate Plaza in Mayfield Heights.

Clever, but most of us are over LeBron leaving. 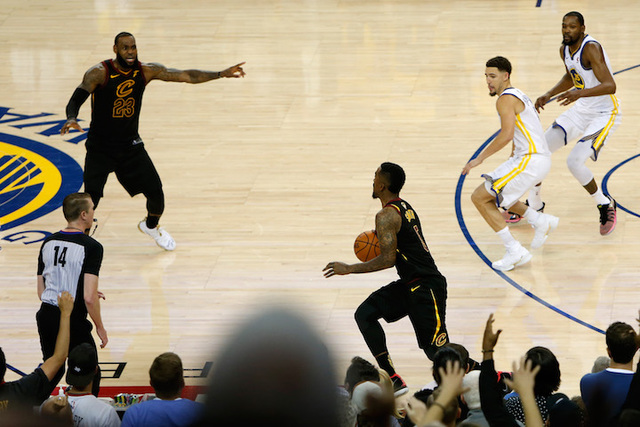