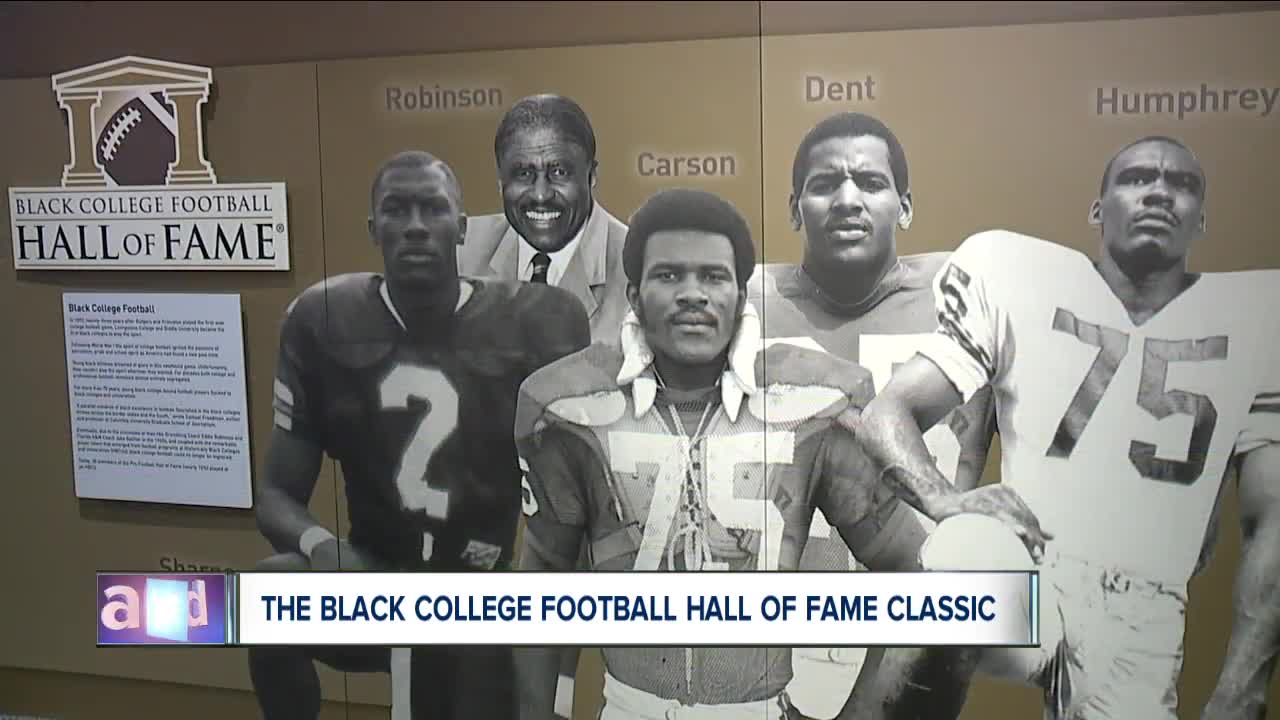 Sunday at 3:30, Morehouse College will play Alabama A&M University. 20 members of the Black College Football Hall of Fame will be on hand for the Classic’s festivities.

“The reason there were African American colleges is because they didn’t want them in their colleges,” said David Baker, President, and CEO of Pro Football Hall of Fame. “Not that long ago, it was thought that a black man couldn’t be a quarterback, which is laughable now. It’s all about the culture, it is all about the education.”

Saturday at noon, at the Hall, there will be a dance and drumline competition.

“It’s honoring it. This is 100 years or more, 150 years of education, of culture, of dedication, of making fine young men and young women. And where better to do that than the Pro Football Hall of Fame? Our mission is to honor the heroes of the game - not just the ones who are hall of famers, but anybody who plays the game,” said Baker.

Groups from across Ohio and the surrounding states will participate in the competition.

Morris Day & The Time will perform following the football game.