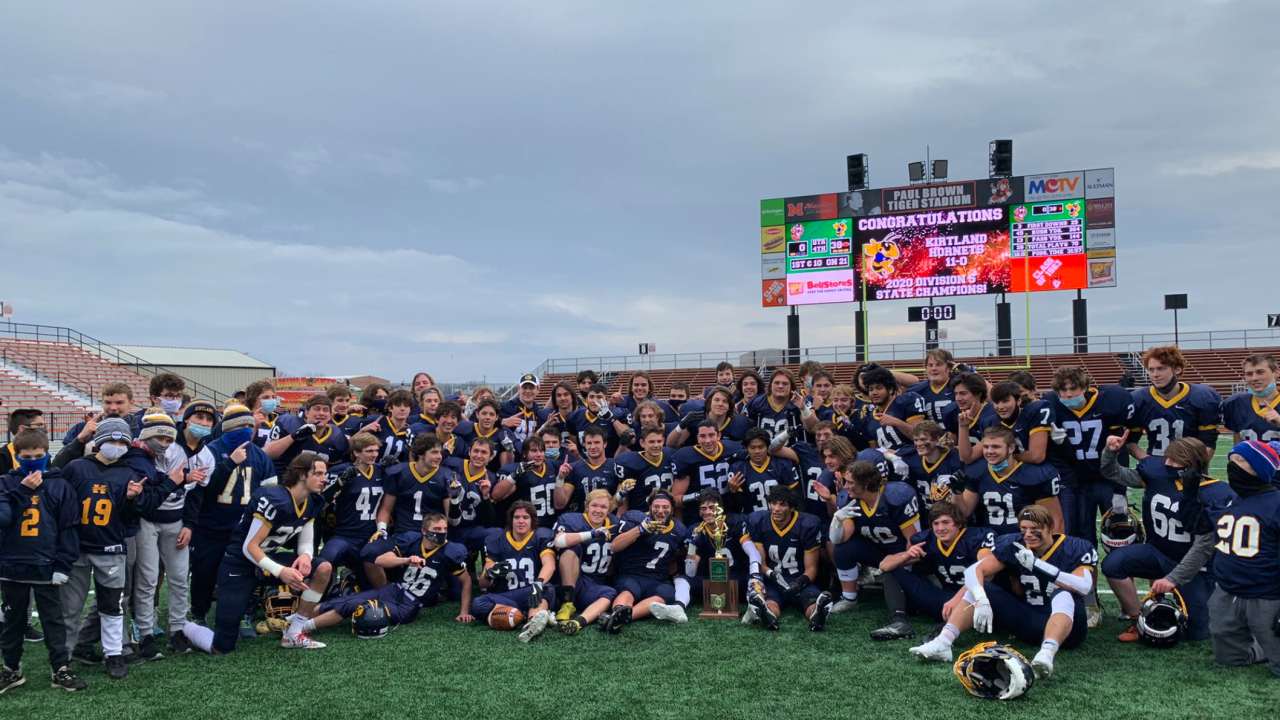 Kirtland senior Mario Rodin put the Hornets on the board in the first quarter with a 30-yard field goal.

After a solid defensive stop, the Hornets capitalized on good field position, pushing their way to the one yard line and then into the end zone with a short run by senior quarterback Liam Powers, putting Kirtland up 10-0.

In the third quarter, senior Mason Sullivan found the end zone on a 17-yard run, making it 17-0.

Sullivan tried his hand at quarterback later in the game and showed a bit of brotherly love with a successful 50-yard touchdown pass to Gage Sullivan to run the score up, 24-0.

Senior Anthony DeMarco rushed for an eight-yard touchdown, taking the Hornets into the fourth quarter up 31-0.

Powers found senior Danny Davidson on fourth down for another touchdown, putting Kirtland up 38-0, just before DeMarco pulled off an impressive interception to seal the win.

Not only did Saturday’s win mark the third straight state title for the Hornets, it also marked the school’s sixth title in 10 years and continued the Hornet’s win streak, which now sits at 41.