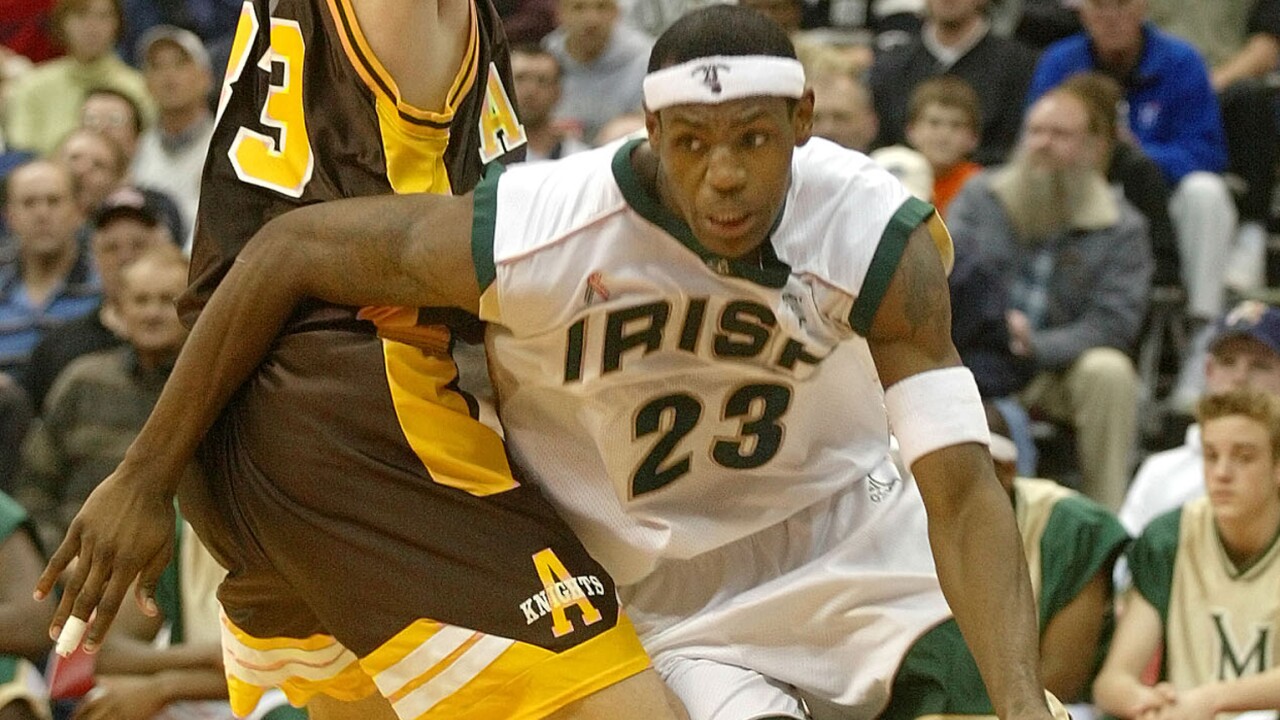 CLEVELAND — A piece of Cleveland sports history is up for auction: LeBron James’ 2002 high school basketball jersey, which he sported on his first (of many) Sports Illustrated covers.

By the time James was a senior at Akron’s St. Vincent-St. Mary, he was already making national headlines as a highly anticipated high school prospect.

The jersey that introduced James to the sporting world on the cover of the February 18, 2002 Sports Illustrated is now up for auction at goldinauctions.com, with 5% of proceeds going to benefit The Naismith Memorial Basketball Hall of Fame, according to the auction listing.

View the listing on goldinauctions.com here.

“The jersey shows good toning overall with some scuffing and perspiration stains as would be expected on the gamer of the NBA’s Number 1 draft pick,” the listing states.

The jersey, which was given directly by James to the consigner and his family, was worn by James for the majority of his junior season. It also comes with letters of authenticity, and a letter from the consigner, who attended James’ high school.

Bidding on the jersey runs until October 19.