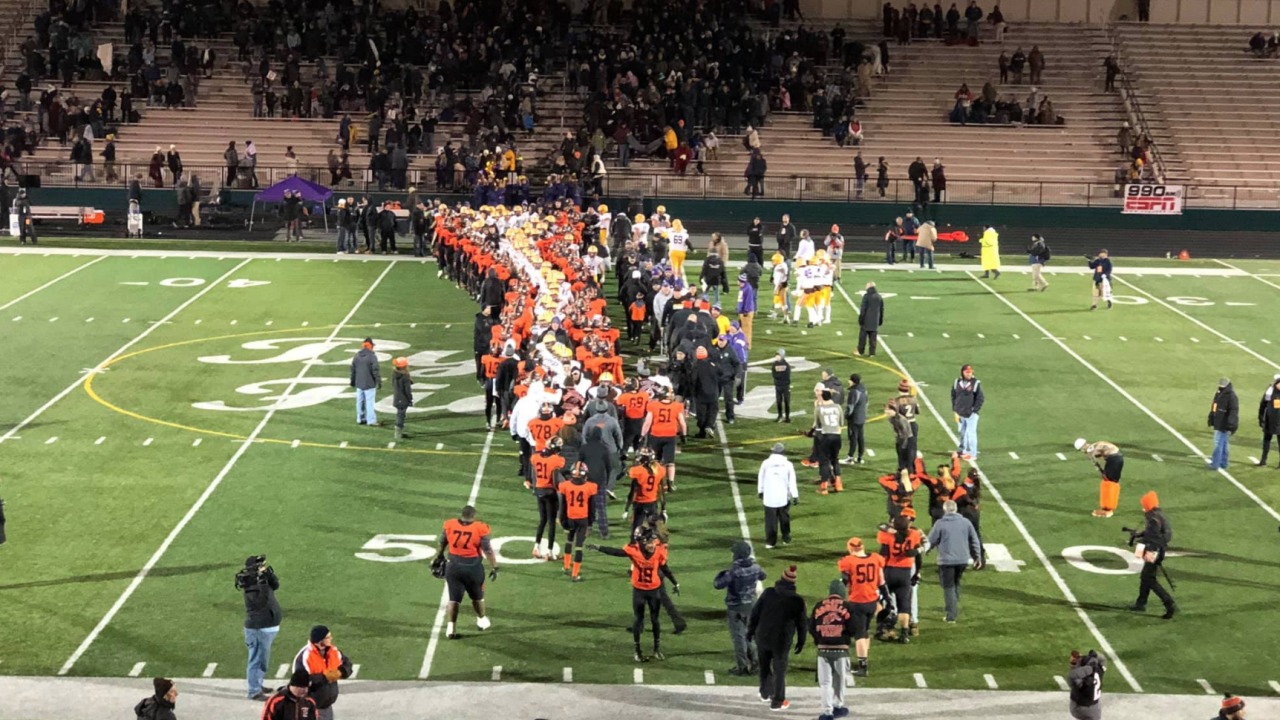 MASSILLON, Ohio — The Massillon Tigers are heading to the state championship after taking down the Avon Eagles 35-10 Friday night in the Divison II state semifinal matchup.

The Tigers are in their 26th playoff appearance.

The Tigers will take on Cincinnati La Salle in Canton next week as they look to win their first state championship since OHSAA implemented the playoff system in 1972.