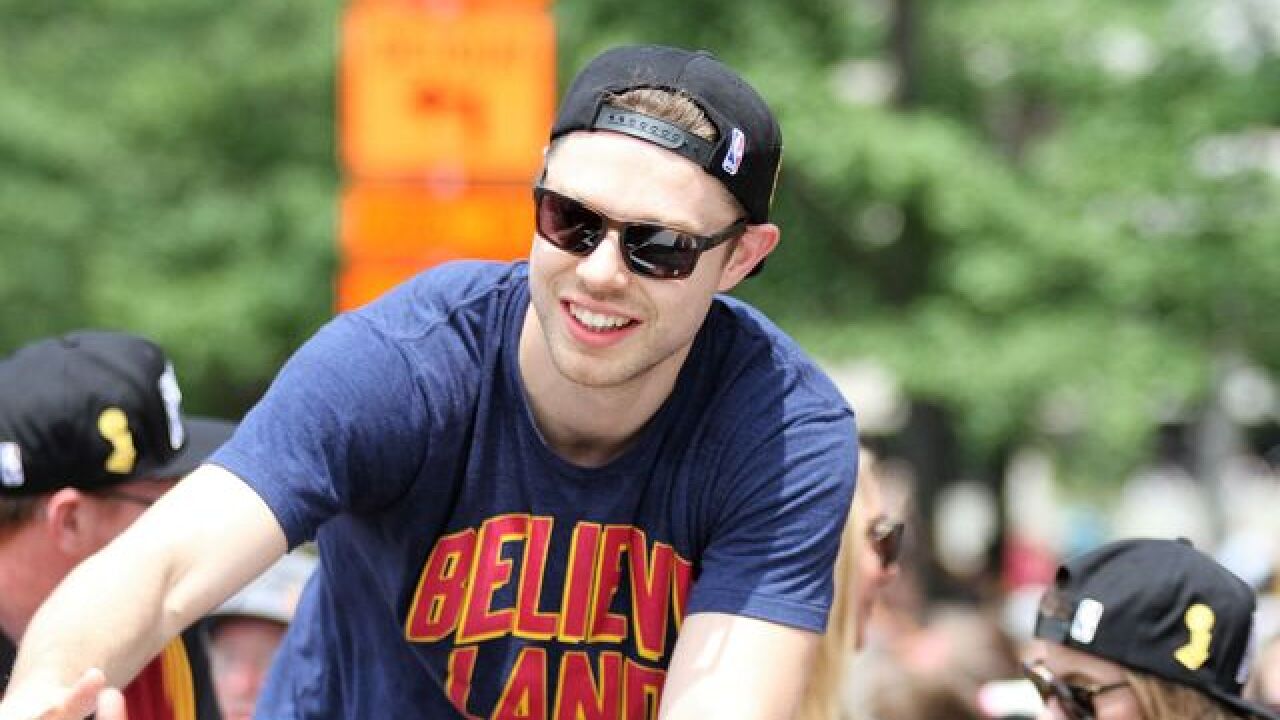 Matthew Dellavedova is returning to the Cleveland Cavaliers after being acquired in a three-team trade sending George Hill to the Milwaukee Bucks and Sam Dekker to the Washington Wizards, but he had to get creative with his new jersey.

Dellavedova was part of the Cavs from 2013 to 2016 and wore No. 8 all three years, but that jersey is currently taken by Cavs guard Jordan Clarkson.

Following the trade, Dellavedova selected jersey No. 18, according to the Cavaliers.

Dellavedova embraced his new number and shared his creativity with his jersey on Twitter.

Cleveland, thanks for the love ❤️ let’s go!!! #18 pic.twitter.com/RUgKEP8uiM

In addition to adding a one on his old Cavs jersey, Dellavedova also thanked Cleveland fans for their support of his return in the post.

Because his acquisition is so recent he is doubtful to play in Saturday night’s game against the Wizards but is listed as day-to-day, according to ESPN.