Report: LeBron James had difficulty getting people to come to Cleveland, Baker Mayfield relates to the Land 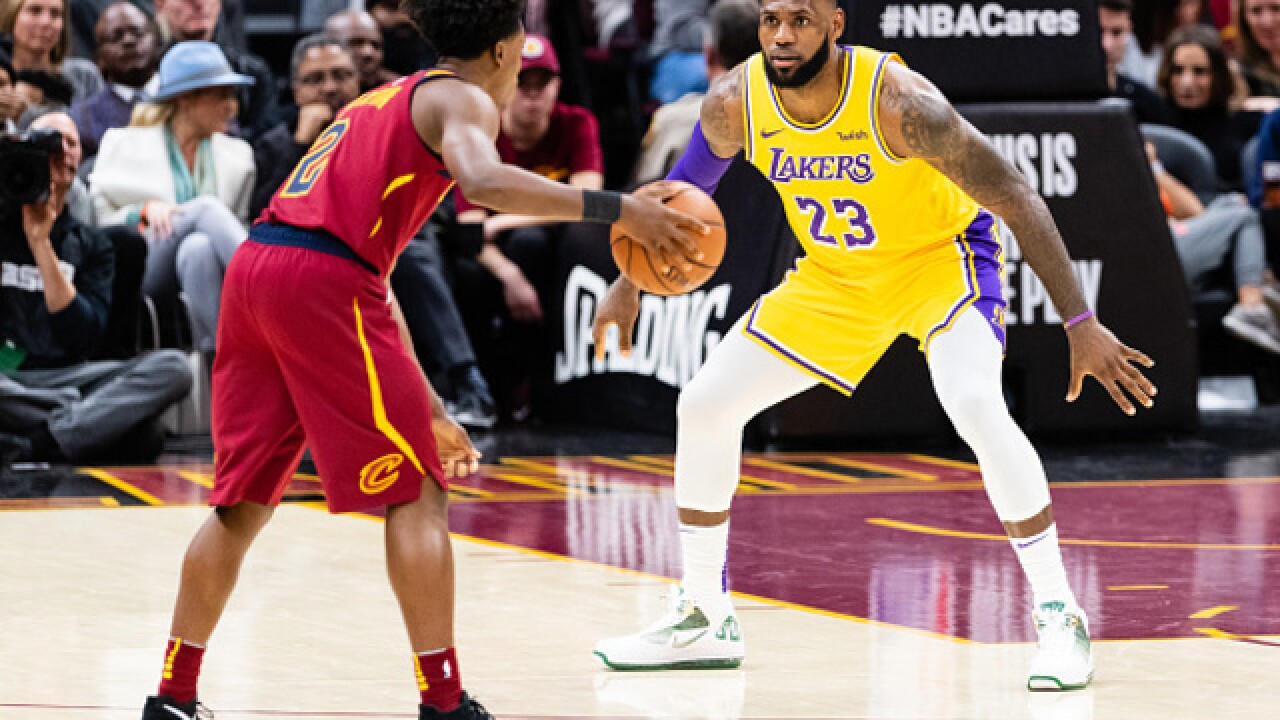 Copyright 2018 Scripps Media, Inc. All rights reserved. This material may not be published, broadcast, rewritten, or redistributed.
Jason Miller
CLEVELAND, OH - NOVEMBER 21: LeBron James #23 of the Los Angeles Lakers guards Collin Sexton #2 of the Cleveland Cavaliers during the first half at Quicken Loans Arena on November 21, 2018 in Cleveland, Ohio. NOTE TO USER: User expressly acknowledges and agrees that, by downloading and/or using this photograph, user is consenting to the terms and conditions of the Getty Images License Agreement. (Photo by Jason Miller/Getty Images)

CLEVELAND — LeBron James sat down with ESPN and admitted he had trouble recruiting stars to come to Cleveland.

Recruiting in Cleveland may be difficult for the NBA, but Browns quarterback Baker Mayfield said he relates to Cleveland and is happy to be here.

“It is definitely a lot of fun. I do not think that there is any other way to describe it. It is not always pretty, but you go through the good times and the bad times together. There has been a lot more good than bad as of recent. It is fun. I expect that relationship to continue to grow. I relate to Cleveland. The work ethic, the stuff that you have to earn it around here, that is what the Browns are all about. It is going to be a good relationship for a long time," Mayfield said after the Browns sweep of the Bengals.

With the Browns finally winning some games, we could see more free agents signing with Cleveland in the off season.

“John Dorsey is showing the same skill with the Cleveland Browns that he did with the Kansas City Chiefs,” NFL agent Leigh Steinberg said. “You couldn’t do any better than drafting Baker Mayfield at the most critical position which is quarterback. And he now looks like he will be a franchise quarterback.”

The Cleveland Indians are currently in their off-season dealing with free agency.

They have lost big names like Michael Brantley, Josh Donaldson and Andrew Miller to free agency.

They haven't picked up any big names during the off season.

The question remains: is it difficult to get players to come to Cleveland? History seemingly says yes.