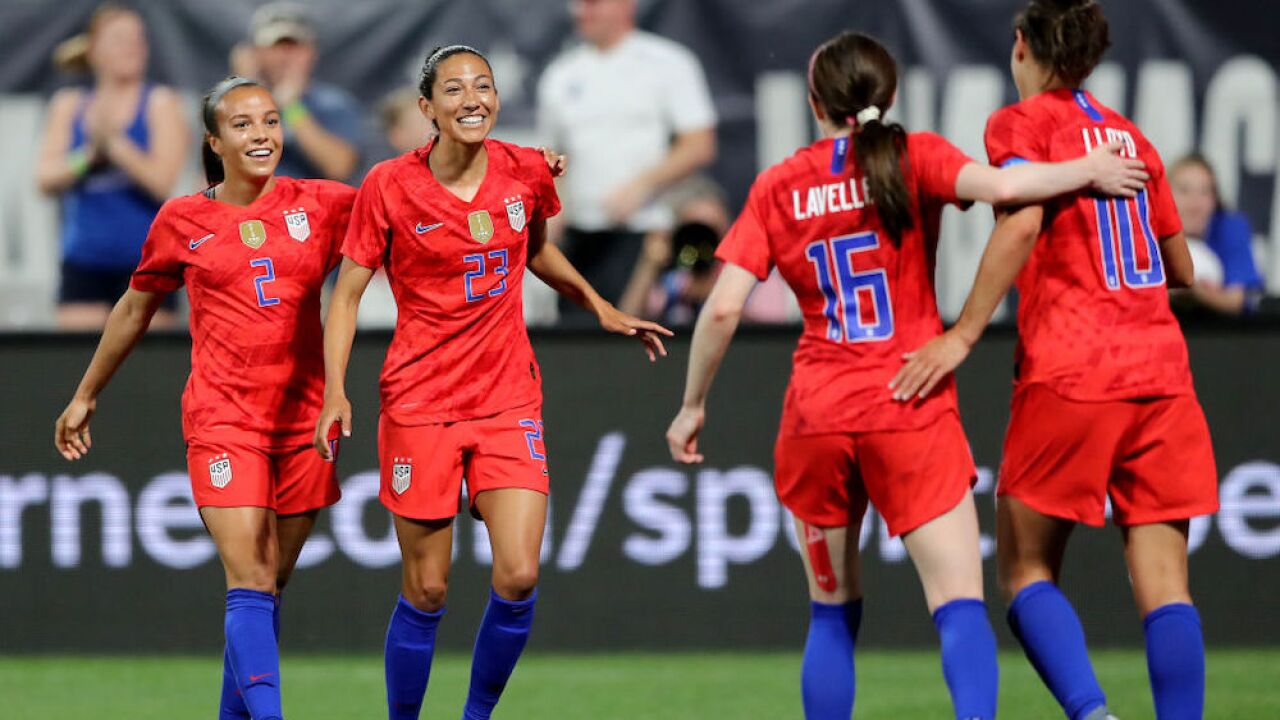 The FIFA Women's World Cup is finally here, which means a few glorious weeks of top-tier soccer binge watching. Even if you're not into soccer, or hate that we're calling it soccer and not football like the rest of the world, the Women's World Cup should definitely be appointment viewing. Your Netflix queue can wait for another day.

Here are all the reasons you should deck yourself out in your country's colors, grab a few friends and a responsibly portioned beverage, and give in to the soccer madness:

The USWNT are a) the defending World Cup champs, b) stacked to the rafters with household names and returning stars, and c) favored across virtually every predictive model to win it all. Okay, so this is only exciting if you're rooting for the US -- or is it? It wouldn't be a tournament without a few surprises, and strong squads from Germany, England, Australia and host country France will be looking for an international upset.

It could be the most competitive tournament ever played.

Speaking of healthy competition, the WWC has historically been dominated by a few really, really good teams. However, that's changing fast, and experts are saying this year's competition could be fiercer and better than ever due to countries investing more money and interest in their women's programs (although, to be clear, most think there's still a long way to go).

The US currently holds the record for the most WWC titles, with three, but don't count out the other top squads. There will be serious pressure on the French team to win at home, especially since their men took World Cup glory last year. And, they're especially good again the USWNT: They've won two out of three of their last games against the Americans. If they both do well, they could meet in the quarterfinals. Yeah, definitely a must-watch.

Other teams to watch: Germany, who are ranked #2 in the FIFA rankings behind the US; Japan, who beat the US to secure the championship in 2011, and were beaten by the US in 2015; and Spain, who rode a massive 8-0 winning streak in their qualifying games.

And don't forget, even teams who probably won't make it to the final rounds will still make for some electric games early on. Take Nigeria, the only African team to qualify for all eight Women's World Cups; or Argentina, who are back on the world stage after a long and controversial absence from international play.

The pot is richer than ever

The total prize money set to be awarded to WWC participants this year is double what it was in 2015 . $30 million will be distributed among the top teams, including $4 million to the champs (which is also double the amount the winners pocketed in 2015). Is it the gender-equal pay lots of womens sports advocates hope for? No, but it's certainly a step in the right direction -- and a big rise in the stakes.

You'll want to tune in to early rounds to see the debut of four WWC newbies: Jamaica, Chile, Scotland and South Africa have all made the Women's World Cup for the very first time. Even though Jamaica is the lowest-ranked team in the tournament, you'll get a chance to see rising star Khadija "Bunny" Shaw in action. At 22, she's one of the most promising young players on the scene, and made waves playing at the University of Tennessee.

And others are making records

And, of course, controversies to watch

There's one famous name missing from the stacked roster of international talent:Norwegian soccer powerhouse and reigning Ballon d'Or winner Ada Hegerberg will not play with her national team out of protest for how she says Norway has treated their womens soccer program . (If you'll recall, Hegerberg also had to deal with some sexist nonsense on the awards ceremony stage last year.) That's a familiar story for a lot of womens sports advocates around the world: Earlier this year, members of the USWNT sued US Soccer , alleging "policies and practices of gender discrimination."