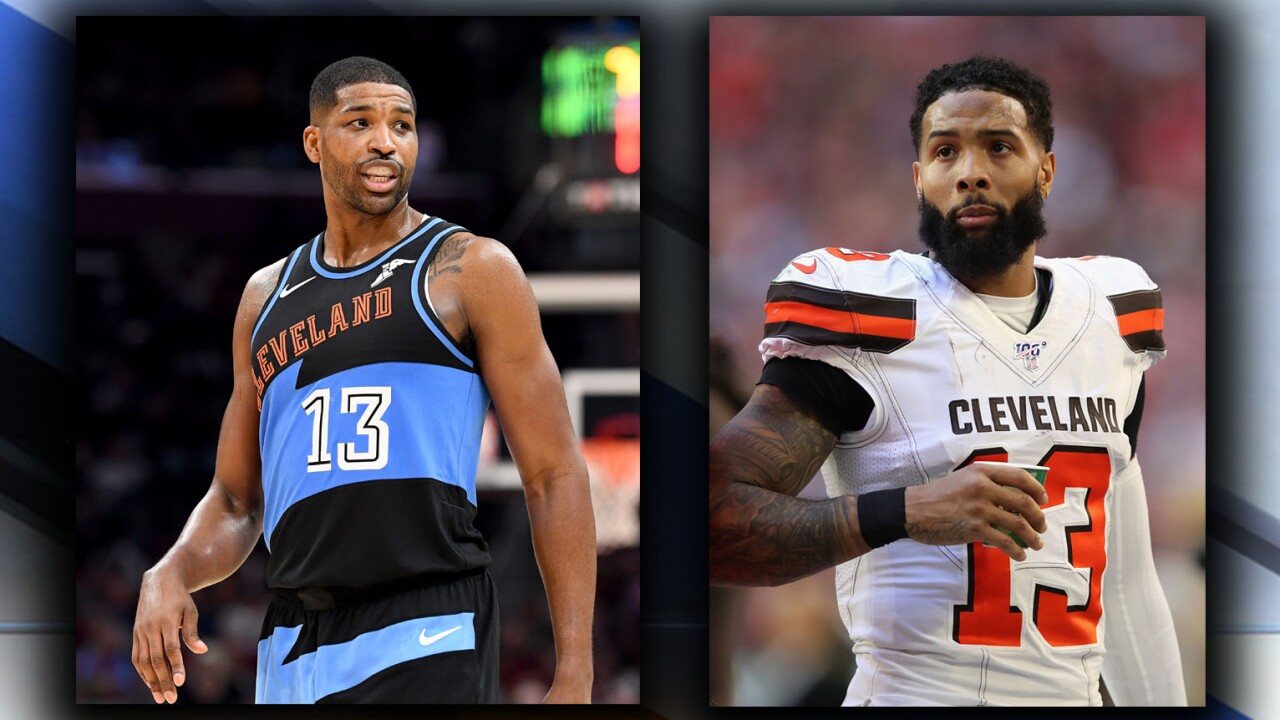 CLEVELAND — Following Browns wide receiver Odell Beckham Jr. receiving an arrest warrant for smacking a security officer on his behind, another Cleveland athlete was reprimanded for his hands-on approach during a game Friday evening.

Cleveland Cavaliers center Tristan Thompson was ejected late in the third quarter of their game against the Memphis Grizzlies after he slapped Memphis forward Jae Crowder on the butt as he walked past him.

Thompson was at the free-throw line and slapped Crowder's behind, who turned in surprise to Thompson's action.

Refs issued Thompson’s second technical foul of the night, forcing him to be ejected from the game.

After the game, Thompson explained his actions and said he doesn’t believe he should have been given a technical foul.

“It’s a former teammate of mine, Jae Crowder. So we have history,” Thompson said. “It’s just a little competitive spirit. They might have took it the wrong way, probably because they might have forgot that we were teammates for half a year. It’s like playing anyone else, it feels like playing Kyrie [Irving] or something, it’d be the same thing. So I guess they tech-ed us, but I’m definitely calling the [Players Association] tomorrow to appeal that. 1,000 percent.”

Tristan Thompson downplays the exchange with his former teammate Jae Crowder, honored to move up the @cavs rankings to third in all-time rebounding. #BeTheFight pic.twitter.com/cSForcWaKV

Thompson’s incident comes on the heels of Beckham’s similar incident that occurred Monday night in the Louisiana State University locker room following their win in the national championship game.

Video showed Beckham slap the security officer on the butt as he searched the locker room.

OBJ wasn’t gonna let that officer spoil the fun.. told him to get the gat. 🤣 pic.twitter.com/sWoWj53r42

While Thompson will have to wait to appeal his incident with the Players Association, the officer involved in Beckham’s incident has decided not to press charges, according to News 5 media partner Akron Beacon Journal.

The officer signed an affidavit Friday, stating that he did not wish to press charges—reversing his decision a day after New Orleans police issued an arrest warrant for Beckham on a misdemeanor simple battery charge.

It hasn’t been an easy week for Cleveland’s No. 13s.