UFC 249 still on, with Ferguson fighting Gaethje on April 18 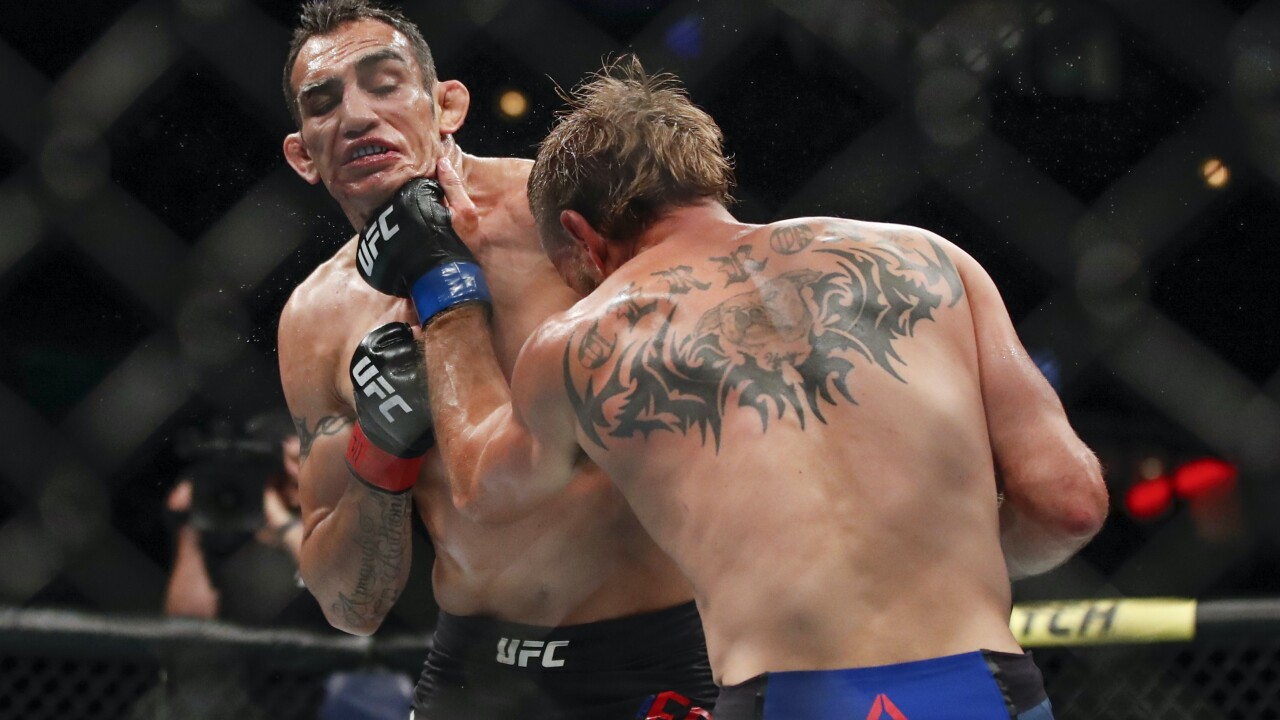 The UFC says Tony Ferguson will fight Justin Gaethje for the interim lightweight title in the main event of UFC 249 on April 18.

Gaethje replaces lightweight champ Khabib Nurmagomedov, who is apparently unable to leave Russia during the coronavirus pandemic. UFC President Dana White still hasn’t even announced a venue for UFC 249, but he remains determined to hold a pay-per-view show this month.

Most U.S. states have restrictions in place that would make it impossible to stage a show, even without an audience. White’s quest hit another obstacle when the Association of Ringside Physicians issued a statement calling for the indefinite suspension of all combat sports events.