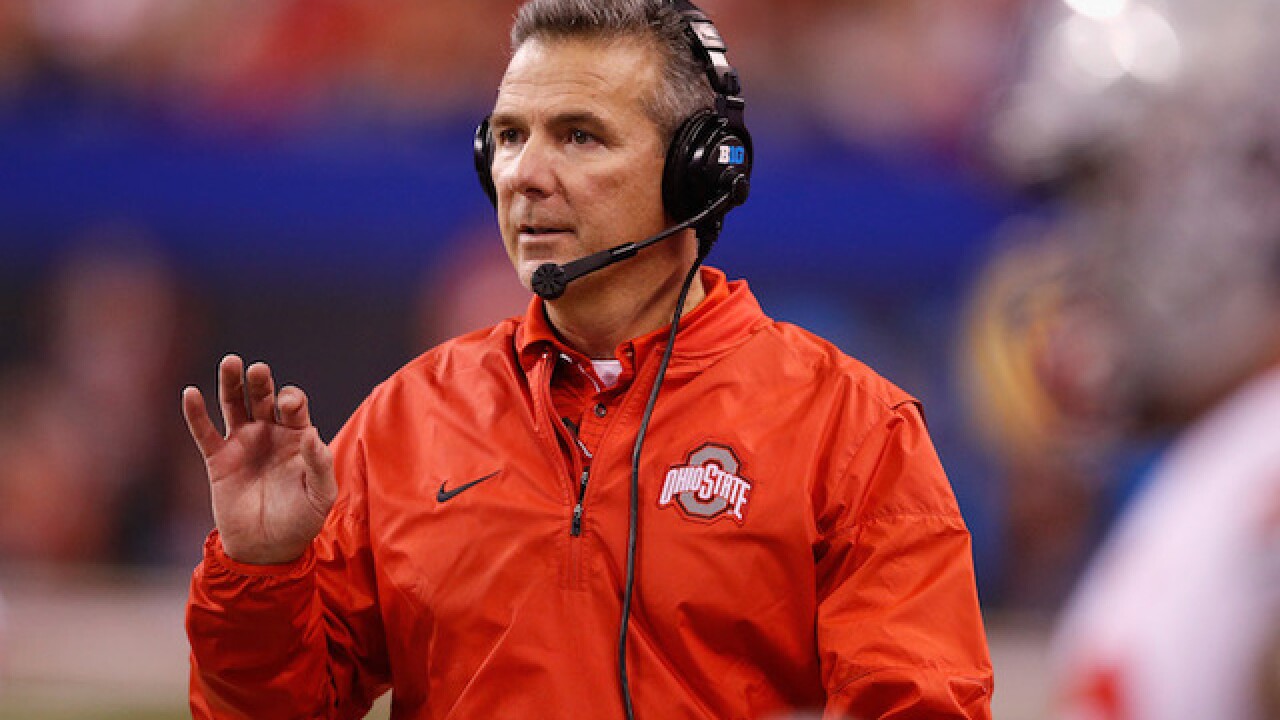 Copyright 2018 Scripps Media, Inc. All rights reserved. This material may not be published, broadcast, rewritten, or redistributed.
Joe Robbins
<p>INDIANAPOLIS, IN - DECEMBER 02: Head coach Urban Meyer of the Ohio State Buckeyes looks on as they play the Wisconsin Badgers during the second half of the the Big Ten Championship game at Lucas Oil Stadium on December 2, 2017 in Indianapolis, Indiana. (Photo by Joe Robbins/Getty Images)</p>

The investigators will prepare a report for the working group to be delivered next week, according to a news release from The Ohio State University. The group will then share that report with the Board of Trustees in an executive session next week. The public notice of the meeting will be released at least 24 hours in advance of the meeting, as required by law. After deliberations with the board, and appropriate time for consideration, OSU President Michael V. Drake will announce his decision.

Meyer was put on paid leave at the beginning of August after claims that people close to him knew of domestic abuse allegations against former assistant coach Zach Smith.

Counsel for Smith’s ex-wife Courtney Smith  released a statement after she met with the special board in the Urban Meyer investigation earlier this month. The statement said Smith welcomed the opportunity to speak with investigators.

The independent working group is chaired by former Ohio House Speaker Jo Ann Davidson, the OSU news release states. The investigation is being led by former Chair of the U.S. Securities and Exchange Commission Mary Jo White, who is the senior chair with the national law firm Debevoise & Plimpton. She is also a former U.S. Attorney for the Southern District of New York.