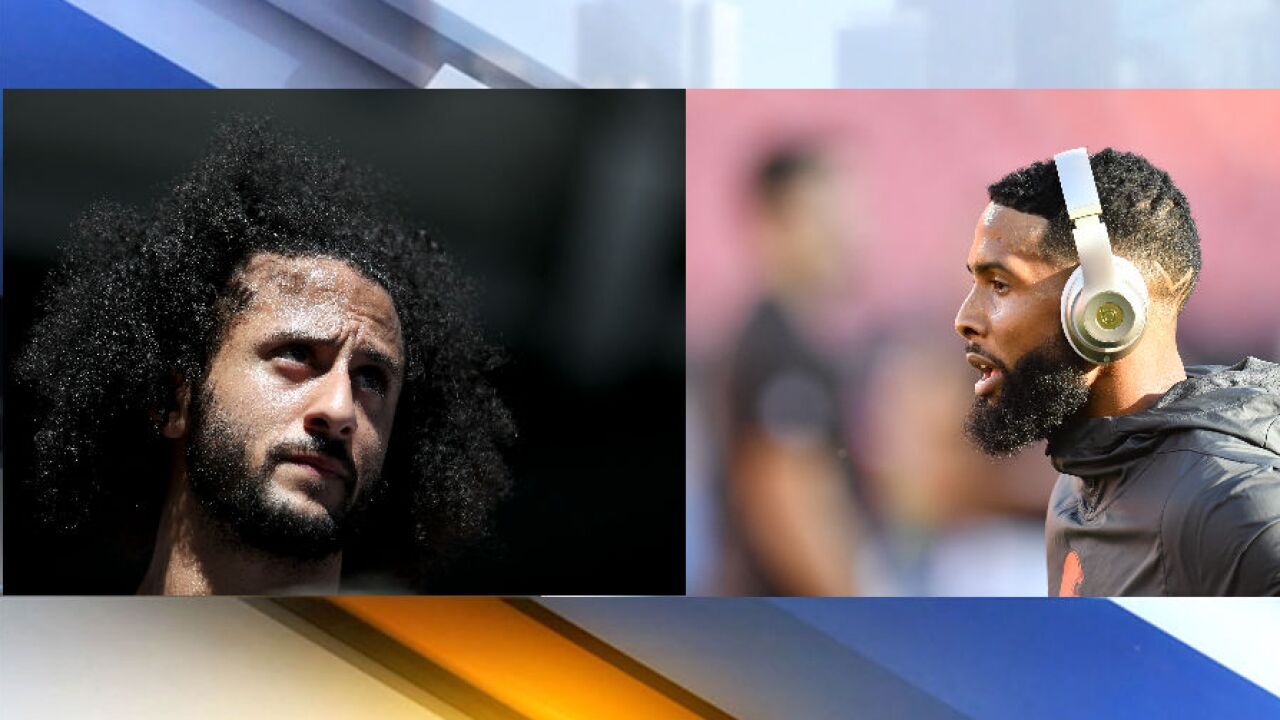 LOS ANGELES — More often than not, Odell Beckham Jr. can be found training and working out as he prepares to take the field at FirstEnergy Stadium for the first time in regular-season play. In his latest session, the three-time Pro Bowler brought in former NFL quarterback Colin Kaepernick to join him.

Kaepernick, who played for the 49ers before beginning to sit out as a protest against racial disparity and systematic oppression in the United States, posted a video of the workout on his Twitter account Wednesday.

“From putting in work predraft, to staying ready against the odds! Love to my Brother @obj - #StillReady,” Kaepernick tweeted.

It has been more than two-and-a-half years since Kaepernick has been in the NFL, opting out of his contract with the 49ers at the end of the 2016 season. He has gone unsigned since opting out.

Beckham was Kaepernick’s target as he ran routes on the UCLA Intramural Fields, even completing his signature one-handed catch several times.

While his future in the NFL is uncertain, Kaepernick is staying ready for any opportunity that may come his way and is training for that moment with one of the best.

From putting in work predraft, to staying ready against the odds! Love to my Brother @obj - #StillReady