School bus that was not carrying kids crashes into median, scatters concrete debris across highway 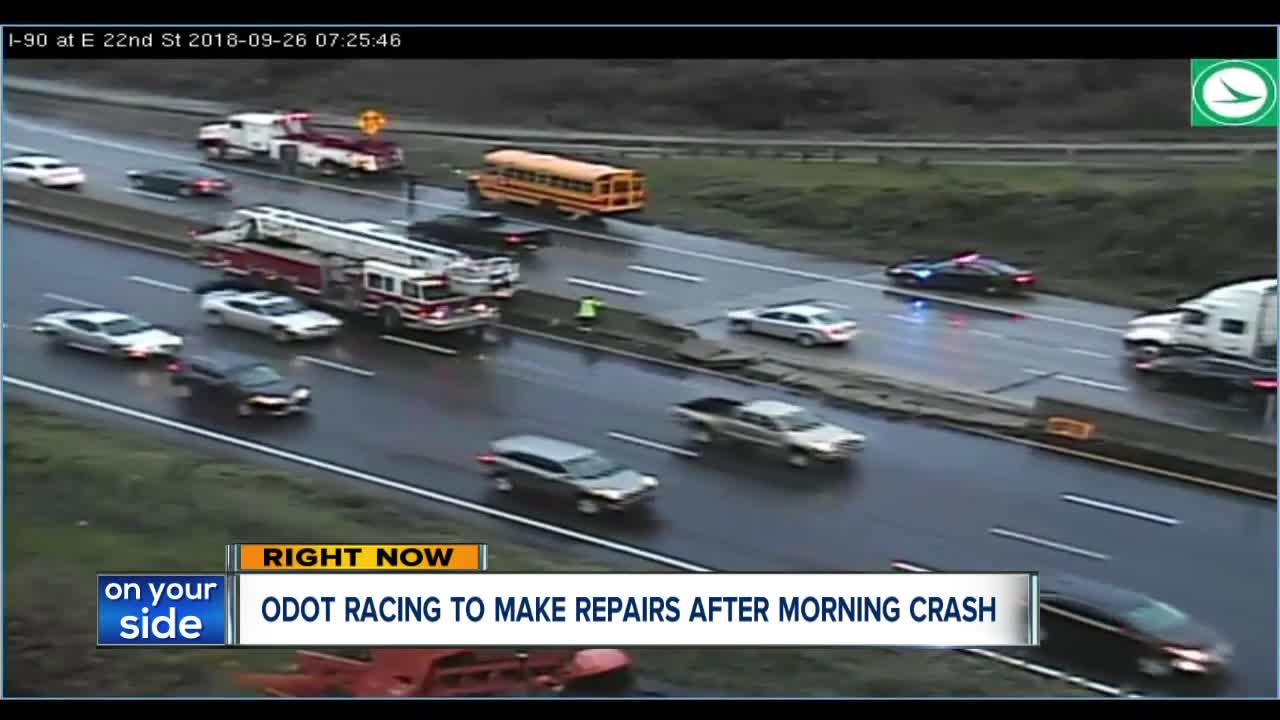 A school bus crashed into the concrete median in Cleveland sending debris across the highway. 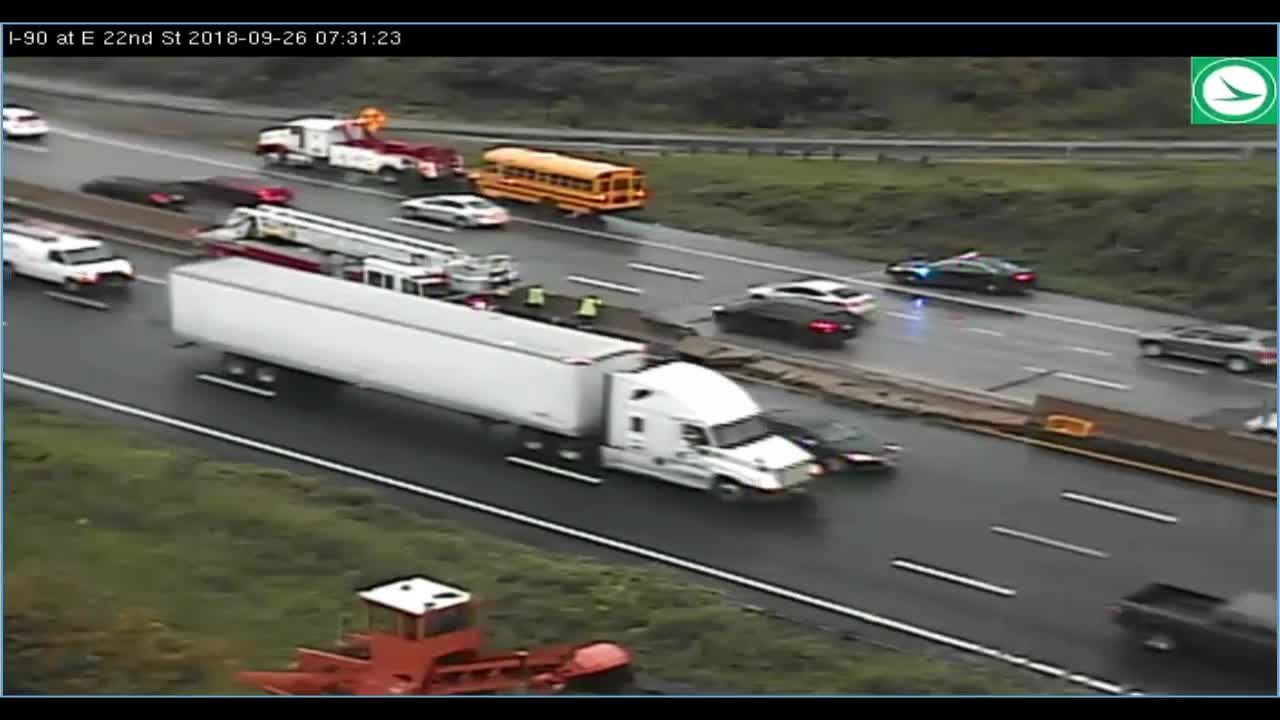 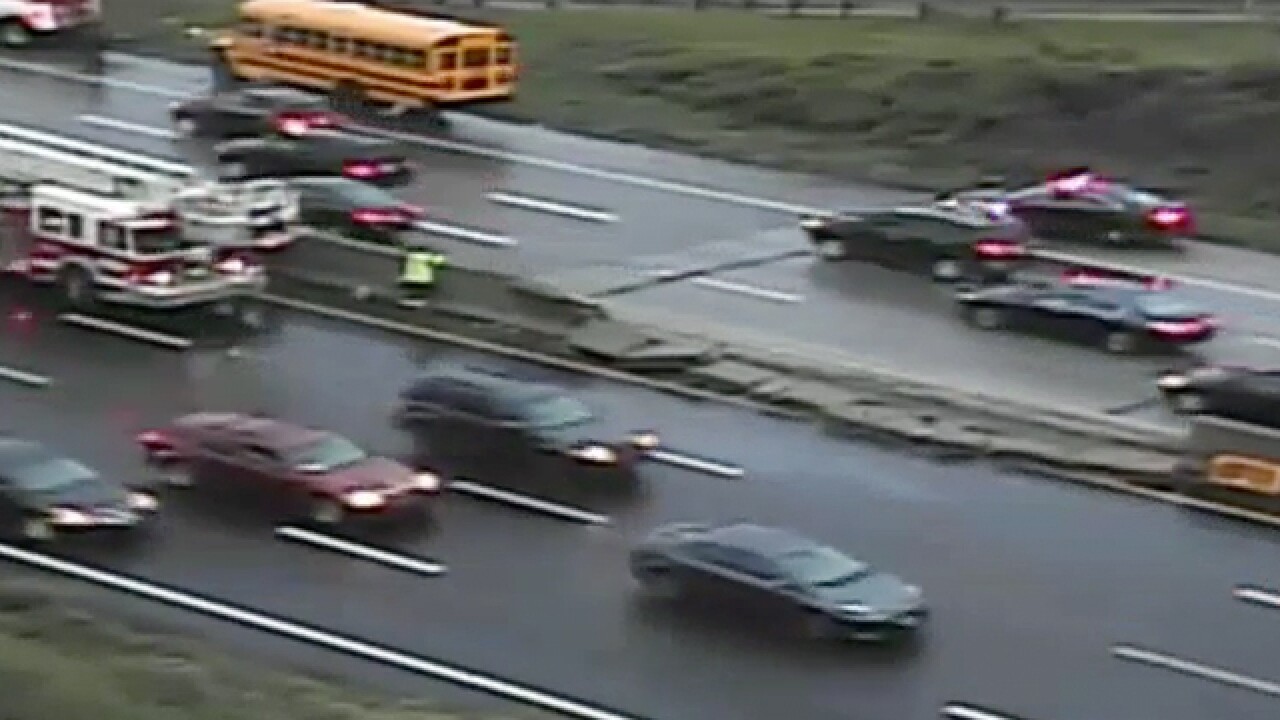 Crews from the Ohio Department of Transportation and a private contractor continue to make repairs to a large portion of a concrete divider that was heavily damaged Wednesday morning after a school bus crashed into it.

In order to make repairs, crews had to block the left lanes in both directions of I-90 between the East 22 Street and Carnegie Avenue exits.

The crash happened near the East 22 Street exit shortly after 7 a.m. According to a Cleveland Metropolitan School District spokesperson, the driver lost control after apparently hydroplaning and plowed into the concrete divider. No children were on board. The driver was taken to the hospital to be checked out, police said.

“It’s not very common that we see this,” said Amanda McFarland, the spokesperson for ODOT District 12. “The way the walls are typically designed to work -- and in this case it seems like the trajectory that the vehicle struck it must have been a little off — normally when people run into it they bounce off, scrape up the side of your car and maybe leave a little mark on the wall. Usually, everyone is able to keep going. This was a very different instance.”

The impact of the crash caused at least a 10-foot section of the high-strength concrete divider to be reduced to rubble. In order to repair the damaged section, ODOT had to bring in a private contractor to supplement state crews. The team had to remove the damaged portion of the divider, drill holes into the base and construct forms that new concrete could be poured into.

“We want it open as soon as possible because we understand the headaches that it causes for motorists but safety is our number one thing,” McFarland said.