VHS that tapes can get you good money on eBay 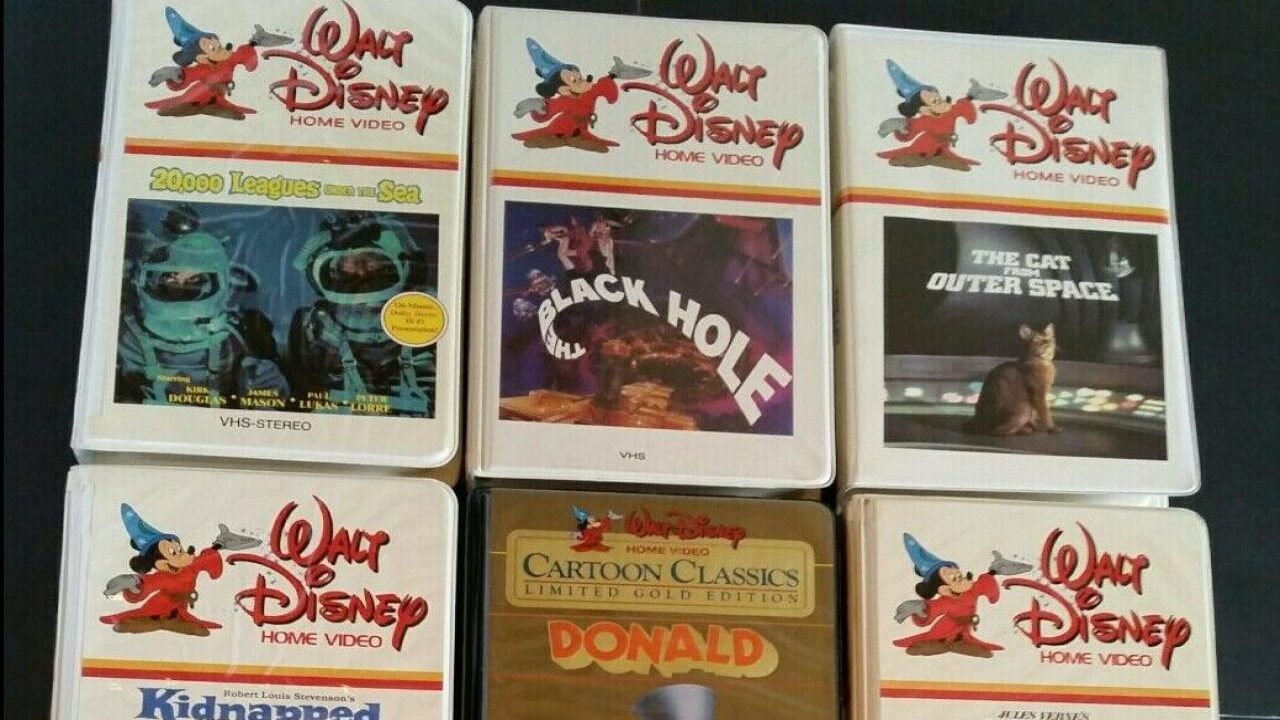 While you probably gave up on watching your old collection of VHS tapes a long time ago, there are plenty of people out there who are still carrying a torch for tapes.

Many of the things you cherished in the 1980s and ’90s before tucking into a basement box and forgetting about have now become sought-after items by collectors. There’s an entire market online for old tech, including vintage video games and VHS copies of movies, thanks to people with spare money and a hunger for nostalgia.

We’ve all heard the stories about Disney’s “black diamond” VHS tapes selling for thousands on eBay but, unfortunately, the value of those tapes has been mostly overstated. A quick search on eBay today will show countless listings for these supposedly rare tapes, many of which are listed for $10 or less.

Of course, if you do have any of them lying around, you’ll be virtually guaranteed to make something on them at auction, as eBay reports its users have sold more than 1,800 of them in the past 90 days as of this writing! That shows both their popularity and how common they actually are.

But there are plenty of dusty old VHS tapes that can fetch you decent money on eBay. In some cases, it doesn’t even matter if they’re in rough shape. Here are some tapes that have recently been fetching good prices with regularity on the auction site.

If you have any of the original movies in the “Star Wars” trilogy — made up of “Star Wars,” “The Empire Strikes Back” and “Return of the Jedi” — on VHS, you will almost surely be able to get a bit of cash for them on eBay. Since these tapes were pretty popular when they came out, the haul won’t be enough to pay your bills off but individual used copies will regularly sell for $15-$30 each, which is likely far more than you’ll get by turning them in at Half Price Books.

The older the tapes, the better, with the copies that look like the ones below, complete with original poster box artwork and the “CBS FOX Video” logo fetch better prices than the 1997 re-release of the trilogy, which came in a single box with Darth Vader on it.

A set of the original VHS trilogy sold for $100, according to a recent listing on eBay.

While the Disney “black diamond” series has a legendary reputation among collectors, the studio’s “clamshell” tapes also regularly fetch good prices on eBay. You’ll know these tapes by their white casing and often by the “Walt Disney Home Video” logo featured prominently at the top with a drawing of Mickey Mouse in his wizard garb.

If you have any of these, the condition isn’t even a concern. A set of 13 random tapes in visibly used condition recently sold for $60 after 23 bids, while a single copy of 1963’s “Dr. Syn Alias the Scarecrow” earned more than $20, despite being listed in only “good” condition.

‘Song Of The South’

One of the most sought-after tapes in the entire Disney library is the controversial “Song of the South.” This live-action/animated movie from 1946 was never released on VHS in America, so any English-language video copies you find will likely be from Europe and in PAL format, meaning they won’t play on standard American VCRs.

Two such copies recently sold for $68 and $66, giving you an indication of how much people will pay for this tough-to-find tape. Meanwhile, a Spanish-language version with a visibly worn cover and a tape that won’t even play sold for $152.50 after 42 bids.

‘Barney & The Backyard Gang: A Day At The Beach’

Here’s a valuable one that parents of kids from the ’80s and ’90s might have somewhere. You’ll find Barney tapes scattered across eBay, often selling for $5 to $15 apiece but this specific tape fetches much better prices for some reason.

“A Day at the Beach,” which came out in 1989, is the third tape in the original Barney & the Backyard Gang series. One used copy, which wasn’t even in great condition, recently sold for $60. The versions with a picture of Sandy Duncan in the top left corner sell for higher prices than others, but even the ones without her picture sell for $20-$30, which is far more than you’re likely to get for many other old tapes your kids used to play ad nauseam!

The original trilogy from the “Halloween” franchise is a set of tapes that collectors regularly pay good money for, no matter what condition they are in. In the past 90 days alone, a set of the trilogy, which you can see below, sold for about $50, which is a nice haul for some dusty old videos you probably haven’t watched in 25 years.

On their own, the three tapes can also do very well, depending on what version you have. A first-edition copy of the original “Halloween” once sold for $399, while a version of “Halloween II,” with the important “stereo” label on the front that you can see in this photo, sold for $59. You can probably make even more on these tapes in the fall.

If you collected B-grade horror movies in the ’80s, you could be sitting on a gold mine! There’s a huge market right now among collectors on eBay for VHS copies of slasher movies, with a special emphasis on cheesy, gory flicks that most people have never heard of and would probably never want to watch.

For example, a copy of 1990’s “Demon Wind” recently sold for $50 and you’ll see others listed for well more than that on the site. A three-pack of tapes that included titles like “Lunch Meat” and “Blood Frenzy” recently sold for $813 after 58 bids, despite the tapes themselves being in pretty rough condition, as you can see from the listing photo here.

If you’re wondering about the value of a specific title you have, run it through eBay’s online appraisal tool for a look at the average sale prices of the same item in the past 30, 60 or 90 days.

Speaking of rare horror movies, “Anthropophagous” (aka “Antropophagus”) has become a bit of a holy grail among eBay users. It’s a long shot that you’ll have a copy of it lying around but it’s worth mentioning because of its consistently high prices on the auction site.

This 1980 Italian film landed on the United Kingdom’s infamous “video nasties” list of objectionable films because of its extreme content, which only made it more desired among collectors. A VHS copy recently sold for about $355 and that’s a typical price that can be expected for any copy of this one, no matter the condition.

If you run “Wizard Video VHS” through a search of eBay’s appraisal tool, you’ll see that dozens of these old tapes sell on the website every couple of months. You’ll know them by the large “Wizard Video” logo that takes up much of the bottom part of the cover, such as the Wizard release of the horror classic, “The Texas Chainsaw Massacre,” which recently sold for nearly $200 despite its ratty condition.

Most of the other Wizard releases are less famous and may look pretty awful from the cover art but if you have any of them, there will surely be someone on eBay ready to pay you for them. Wizard Video VHS tapes will typically fetch at least $30 but many go for twice that.

If you don’t have any of these sitting in a box, keep an eye out for them at local yard sales and thrift shops. Happy hunting!