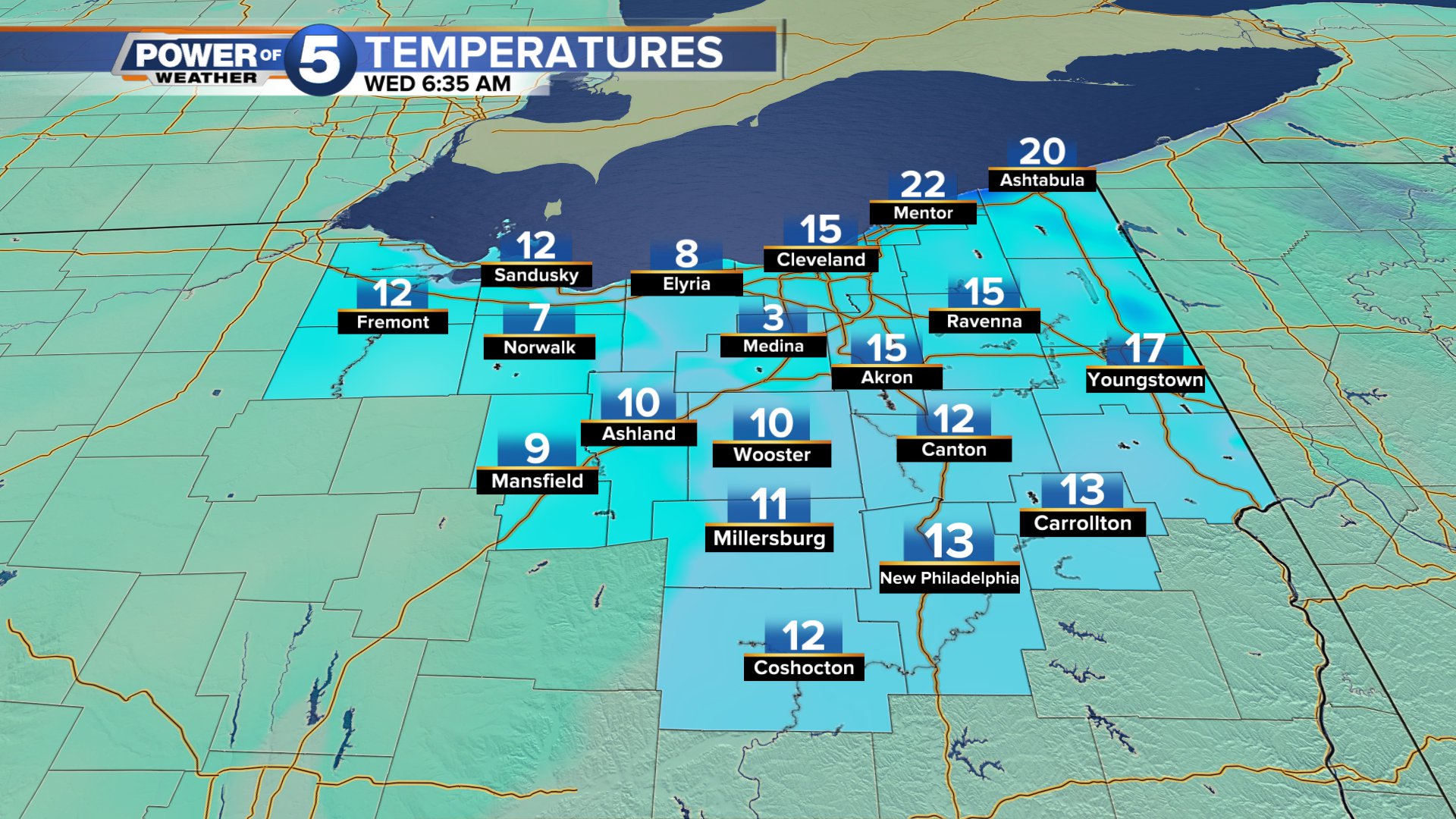 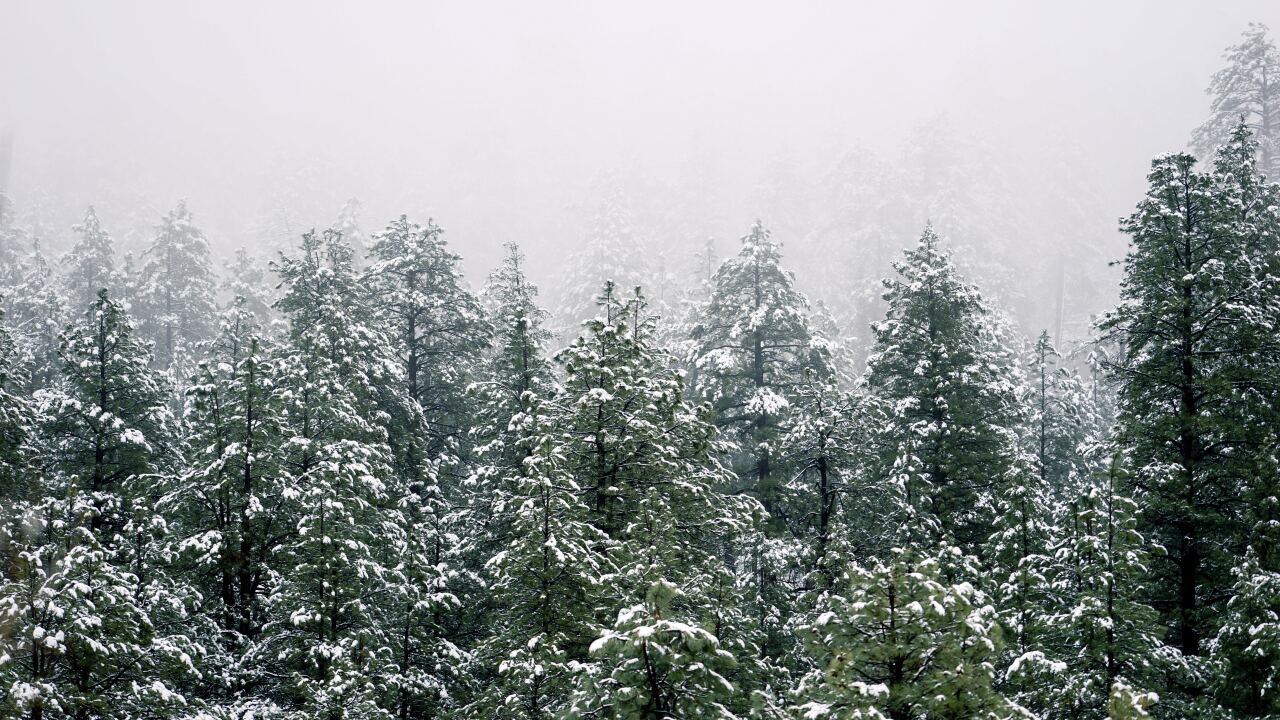 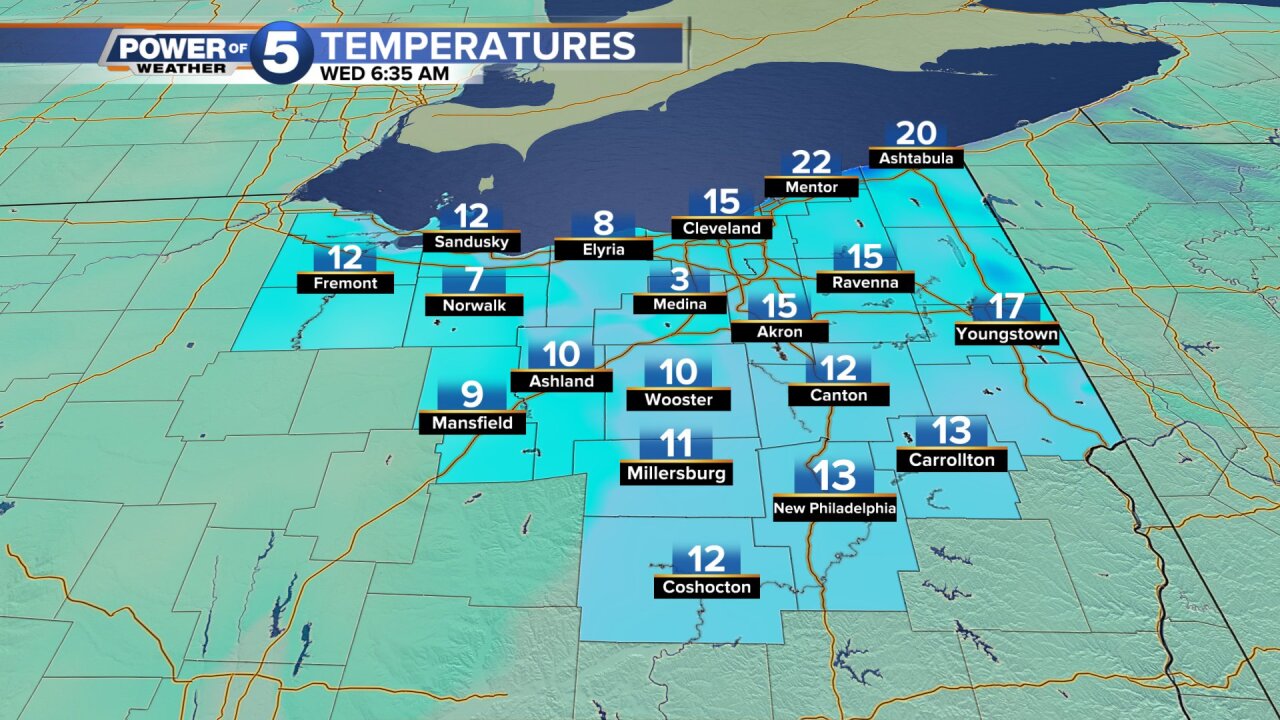 CLEVLEAND — While most of the snow is tapering off, wind chills in the single digits will be the focus for the start of your morning. Some of the area will see record low temperatures on Wednesday.

Cleveland is at 15º... that ties the record set back in 1911... we'll break it. We won't warm up until after 7. The 7am reading *should* show a new record for November 13th!
Akron already tied the record and Mansfield SHATTERED the record.
Bottom line... it's cold! pic.twitter.com/gLSaOJDEsT

In Copley, temperatures were recorded at 10 degrees.

Where it's not snowing, it's clearing and cooling. Near record lows for most of us to start the day. Plan on a frigid day with highs staying below freezing.

On Tuesday night, Mansfield dropped to record low temperatures. Temperatures hit 14 degrees, which is the lowest ever on Nov. 12 in Mansfield.