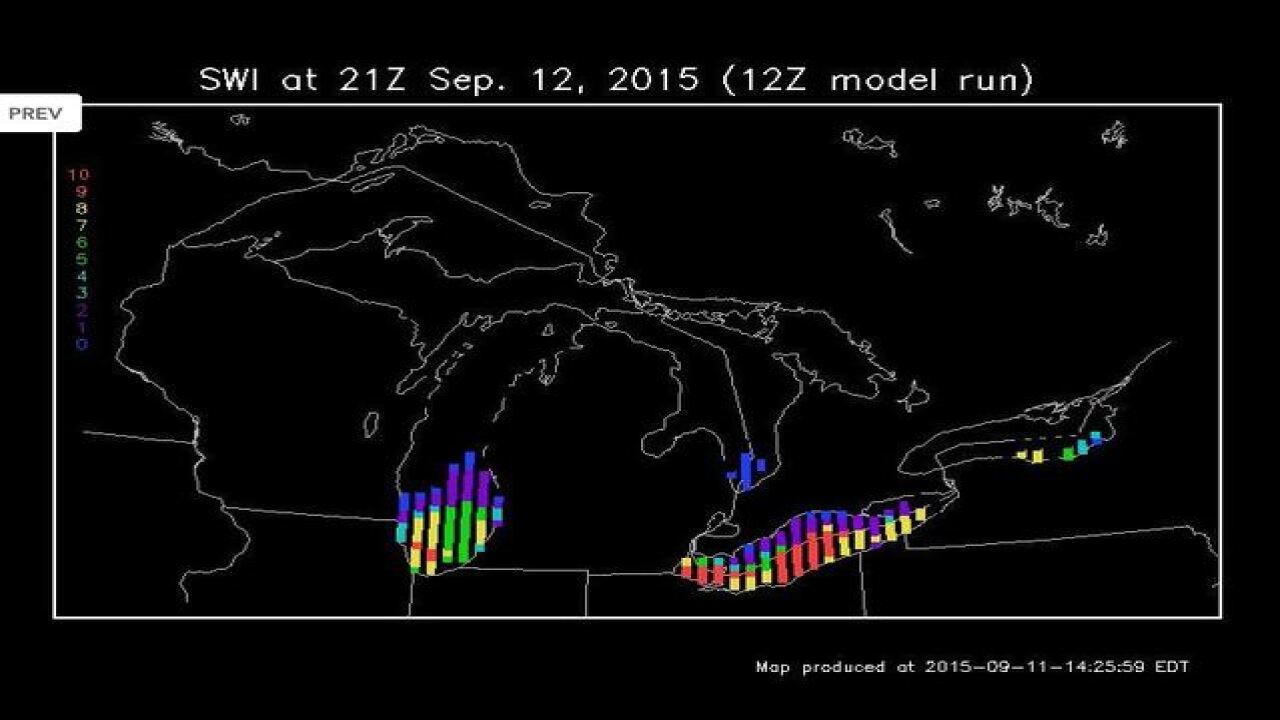 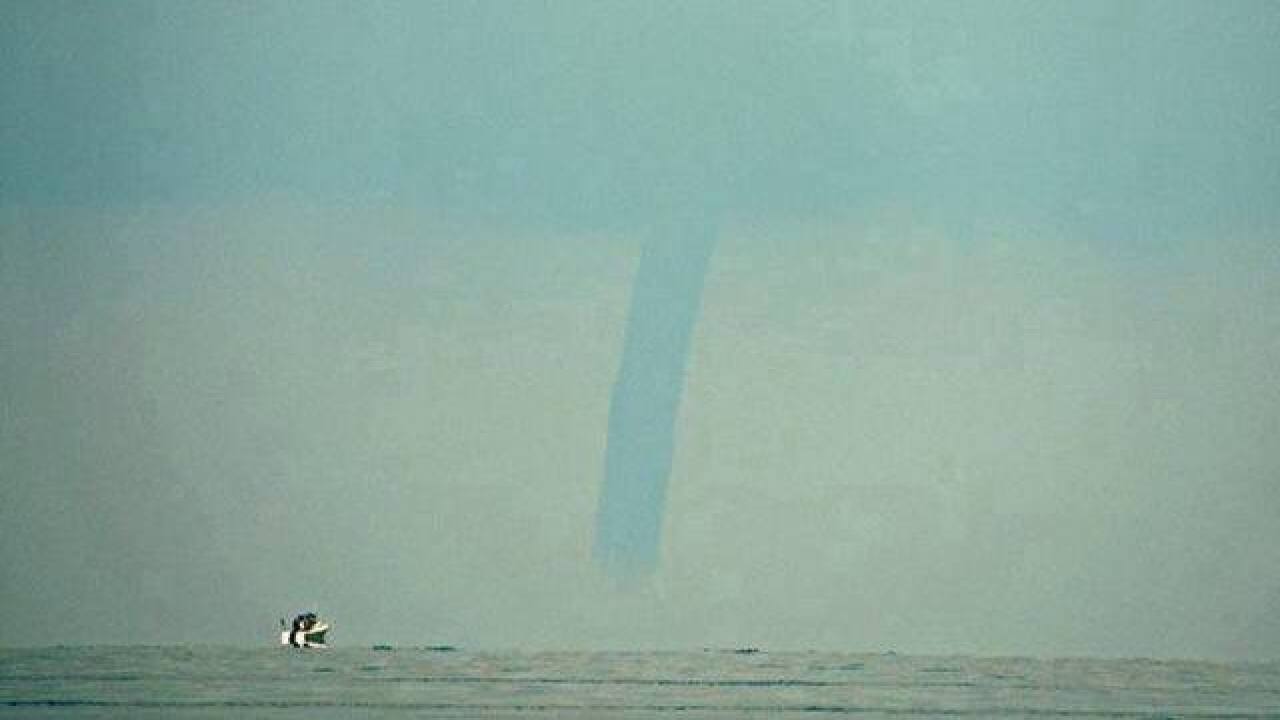 Weather conditions are favorable for waterspouts to form on Lake Erie this weekend.

Very chilly air will move over a warm Lake Erie this weekend. We'll add in a little lift from a nearby trough of low pressure too. Those elements should combine to produce several waterspouts from the Lake Erie Islands all the way east to near Buffalo, NY Saturday.

The best chance for spouts from Ashtabula to Cleveland to Lorain and Sandusky will be Saturday afternoon and evening. that's when conditions will be ripe for waterspouts.

The experimental Great Lakes waterspout forecast displays forecast values of the Szilagyi Waterspout Index (SWI). The SWI is derived from a waterspout formula which uses output from the Canadian GEM model. Values of SWI range from -10 to +10.

Waterspouts are likely to occur when SWI ≥ 0. SWI = 0 is the waterspout threshold. Increasing values of SWI represent a higher potential of waterspout occurrence. Notice in the image below, the SWI for Saturday afternoon across the Ohio waters of Lake Erie is in the highest range possible (Reds and Yellows), from 8 to 10.

For Sunday, the best threat for waterspouts on Lake Erie will be from Greater Cleveland WEST to the Lake Erie Islands.

Waterspouts are distant cousins of tornadoes. They need warm water and cold air aloft to exist. Once these waterspouts reach the shoreline, they quickly dissipate.

Even so, waterspouts are dangerous to boaters. Winds speeds in waterspouts can exceed 80 mph. That's enough to capsize any small watercraft. So, beware and stay away from waterspouts!