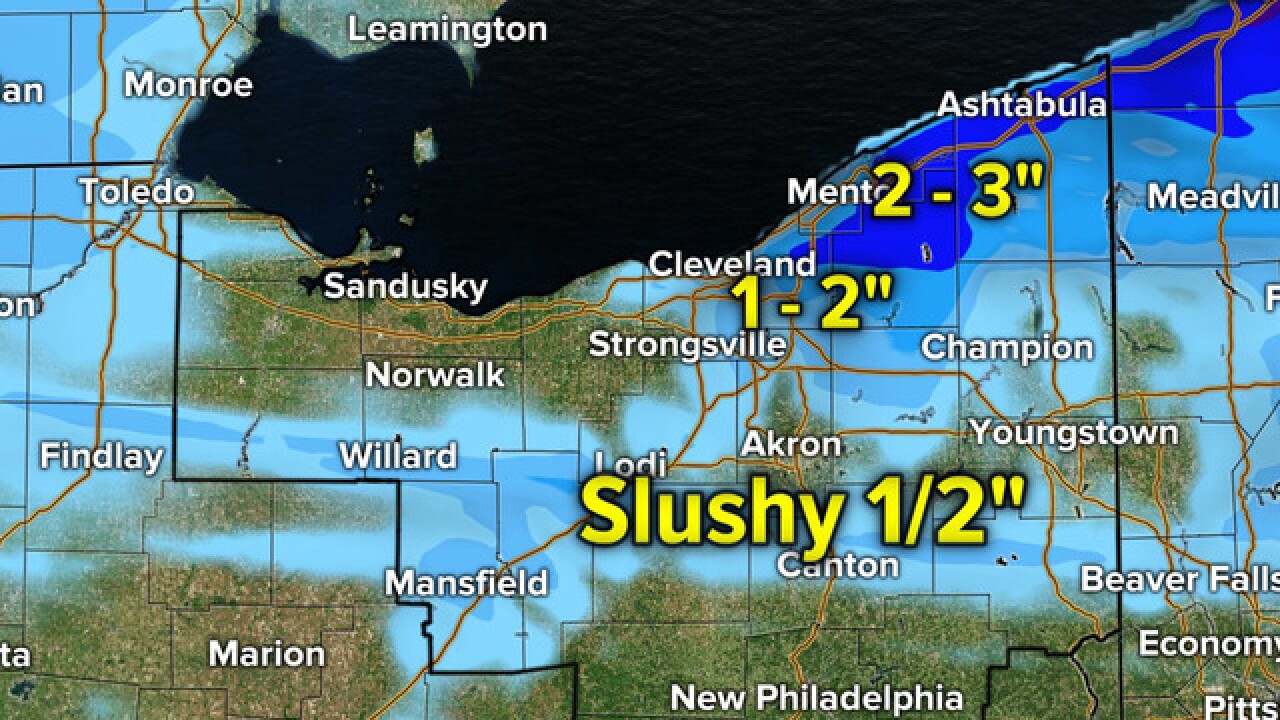 The first major lake effect snow event of the season is likely headed our way Saturday.

As colder air moves over the warmer waters of Lake Erie, conditions will become more favorable for snow showers to develop and build in.  Snow could impact Cleveland and other parts of NE Ohio for much of Saturday morning and afternoon.  Some accumulation will be possible.  One to two inches of snow could fall for parts of Cleveland where lake effect snow bands set up.

More snow accumulation will be possible northeast of Cleveland across Lake, Geauga and Ashtabula counties where some spots could pick up a quick two to three inches of snow. It will also get quite windy Saturday with west winds around 15 to 25 mph likely.  Winds could gust as high as 40 to 45 mph for parts of Saturday morning and afternoon.

Temperatures will start off in the 20s Saturday morning and only climb to the 30s by Saturday afternoon.  The normal high temperature for Cleveland is 54 degrees for this time of the year.  It looks like this surge of colder than normal air will stick around for at least the next week.