Strong southerly winds gusting above 30 miles per hour will push temperatures up to between 65 and 70 degrees this afternoon and evening. 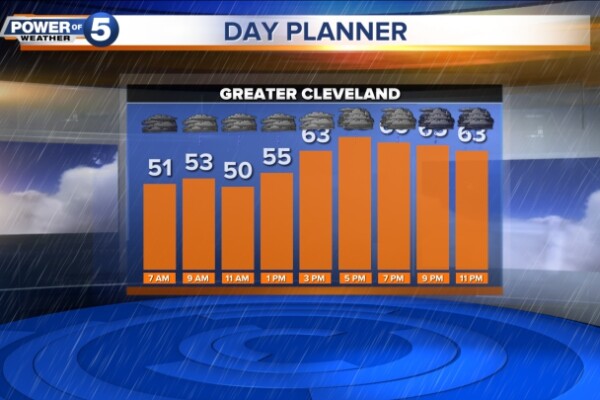 A Wind Advisory is in effect for some of the News 5 viewing area:

The advisory is in effect from noon Thursday to midnight, with southerly winds between 20-25 mph with gusts up to 50 mph.

A fast moving cold front, associated with a major Winter Storm sliding northeast from the Central Plains to the western Great Lakes will cross the area tonight. Out ahead of that front, a broken line of thunderstorms will likely develop and push east through Northern Ohio this evening. One or two of those storms could contain damaging wind gusts of 50+ miles per hour. 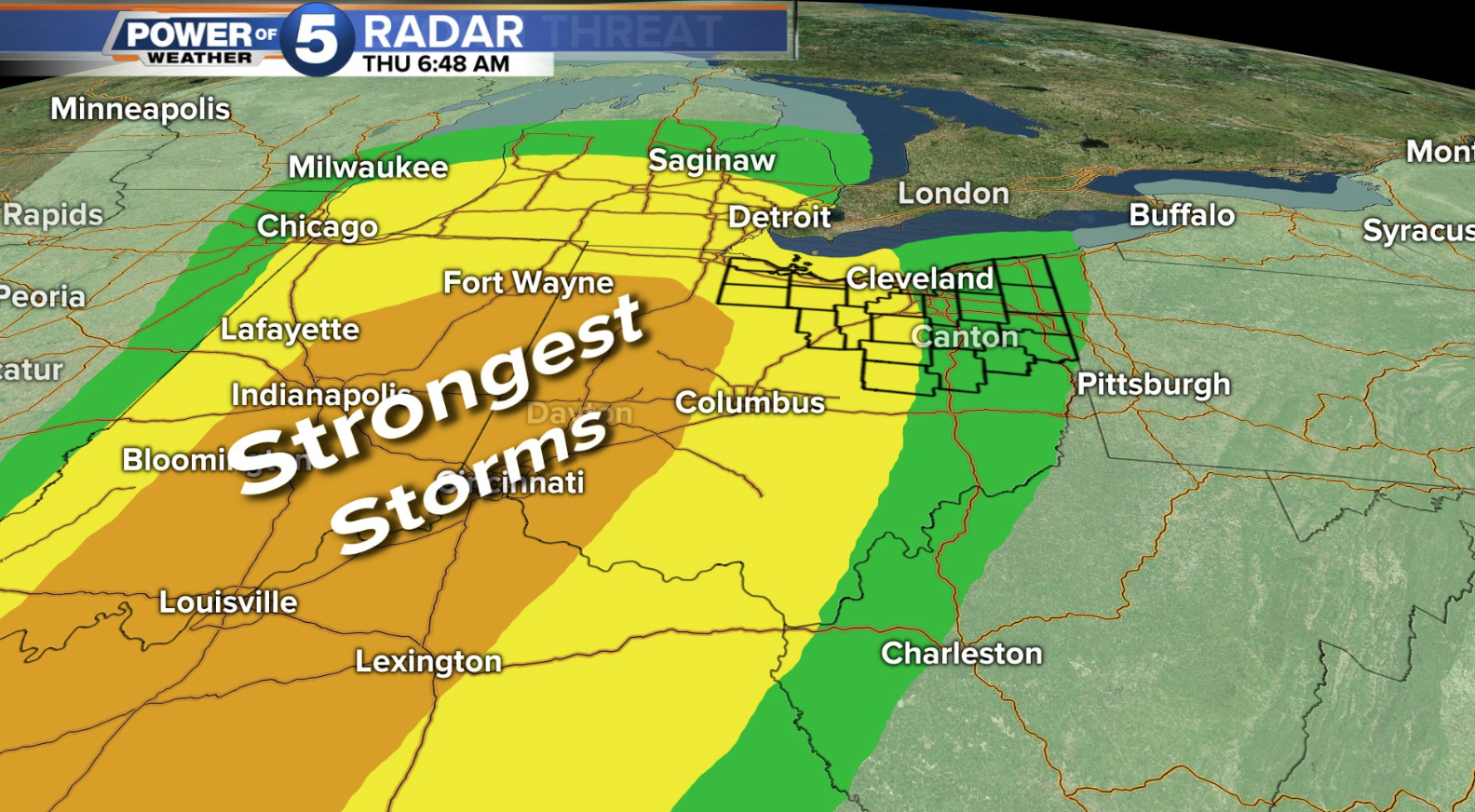 The Storm prediction Center in Norman Oklahoma has placed the News5 Viewing area in the Marginal (very small) Risk for Severe Thunderstorms today and early tonight.

The timing of these thunderstorms is likely to be between 6 p.m. and 10 p.m. today and tonight. Much colder air begins to move in again Friday through the weekend with a few lake effect snow showers possible Friday and Saturday. Temperatures will remain below normal this weekend and the first half of next week.