A series of storms rolled across Northeast Ohio on Thursday bringing down power lines and utility poles in some areas and leading to a Tornado Warning issued for others.

The National Weather Service in Cleveland confirmed that two EF-1 tornadoes touched down near Middlefield during the storm Thursday. 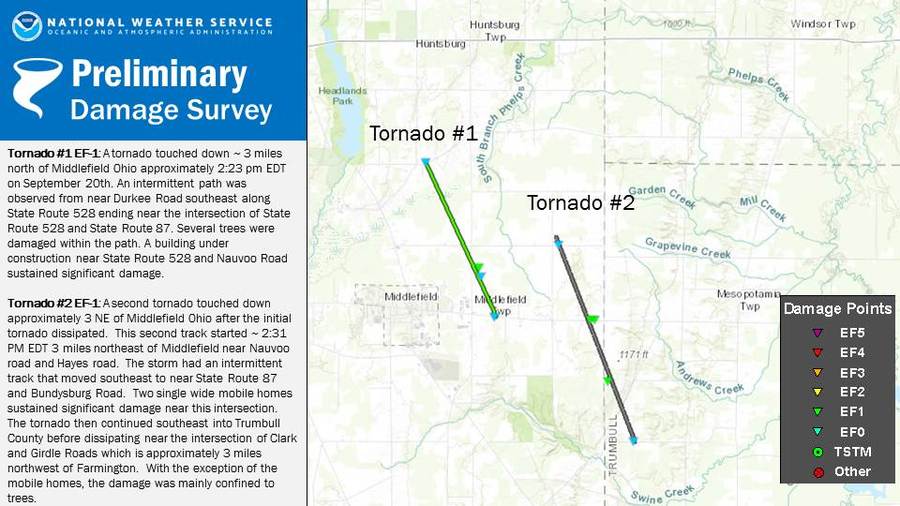 The first tornado touched down about three miles north of Middlefield at about 2:23 p.m., according to the preliminary investigation from the NWS. An intermittent path was seen from near Durkee Road southeast along State Route 528, ending near the intersection of SR-528 and SR-87. Several trees were damaged within the path, and a building under construction near SR-528 and Nauvoo Road sustained significant damage. 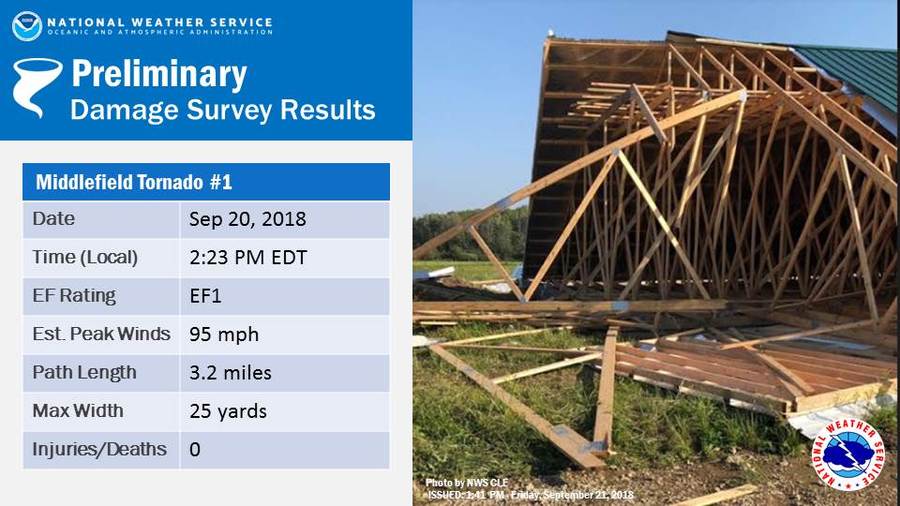 The second tornado touched down about three miles northeast of Middlefield after the first tornado dissipated, according to NWS. The second track started at about 2:31 p.m. near Nauvoo and Hayes roads. This storm also had an intermittent track that moved southeast to near SR-87 and Bundysburg Road. Two single-wide mobile homes sustained significant damage near the intersection. The tornado continued southeast into Trumbull County before dissipating near Clark and Girdle roads, about three miles northeast of Farmington. Aside from the mobile homes, the damage was mainly confined to trees. 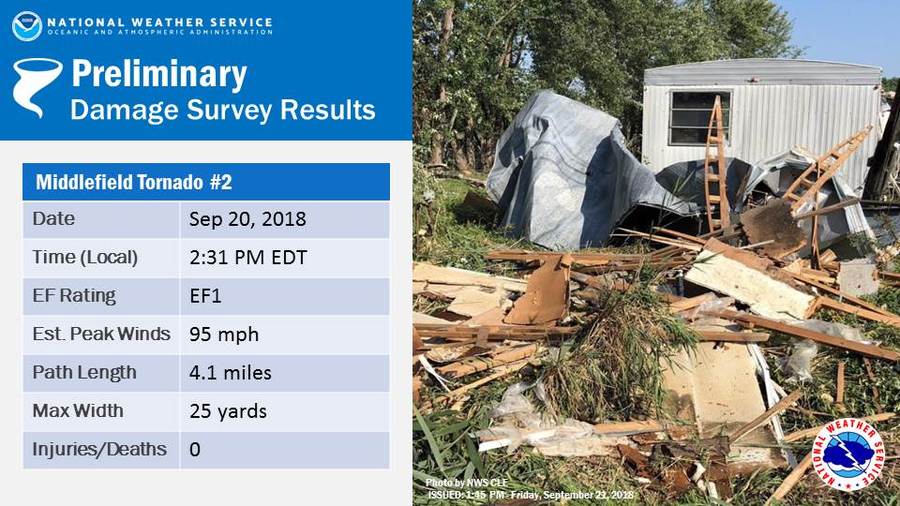 The Power of 5 Weather Team's doppler radar clocked a wind speed of 110 mph just outside Middlefield at 2:34 p.m. The maximum speed was even higher in the atmosphere and the tornadoes were tiled to the east. 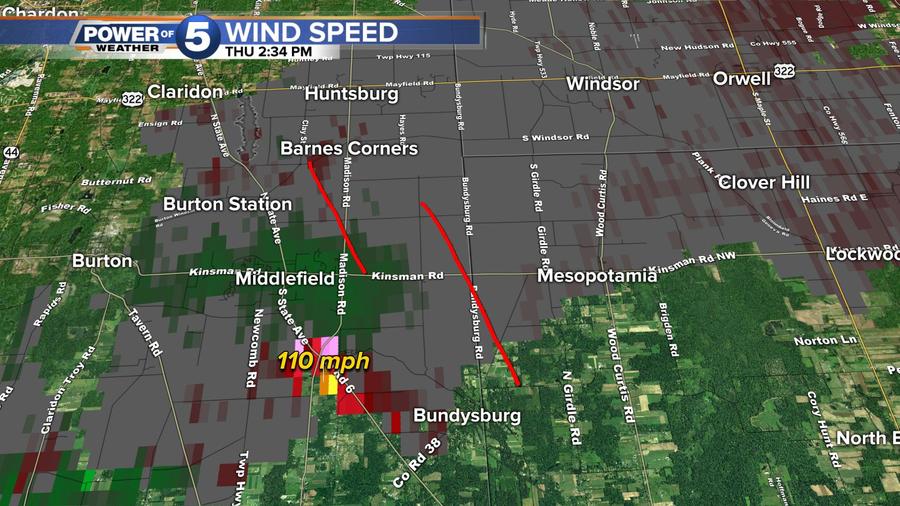 The building damaged by the first tornado was a large structure on Madison Road that a nearby business owner said was being built as a workshop for children with special needs.

Other damage included wires and poles down on Nauvoo Road.