A tornado. High winds. Floods. First responders have been busy across Northeast Ohio as severe weather that started on Sunday has bled into Monday.

Winter isn't going away. Scattered snow showers are expected throughout the majority of the day. As temperatures remain in the 30s and 40s, slick spots may still develop on the roads.

Shortly before 5 a.m., a car ended up on the side of Euclid Avenue at Cliffview as early morning snow hit some areas. 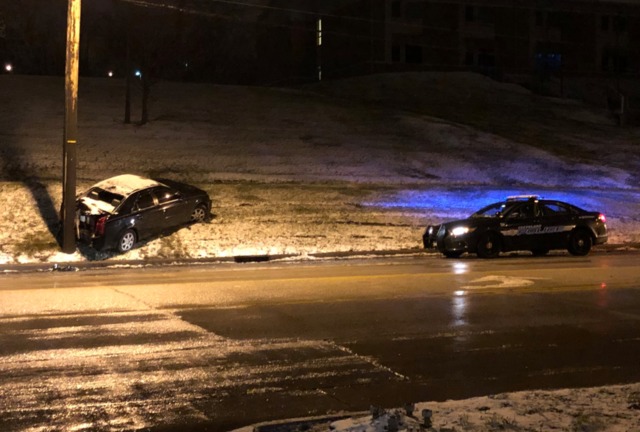 A water main break at Laurel Road just east of Pearl Road in Brunswick caused water to pour out into the streets. Once the water stops flowing, it may freeze, which will produce slick spots around the area.

(Photo by Sarah Phinney: Cleveland Water crews have been dispatched as of 7:00 a.m.) 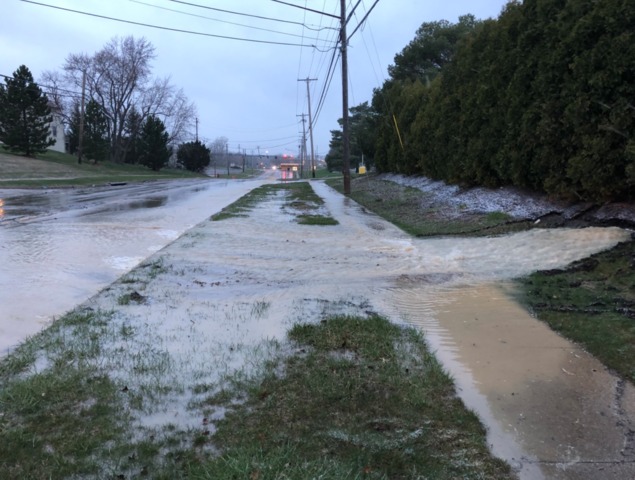 MONDAY
Flooding has turned some roads into rivers and yards into ponds. Cleveland Water Pollution Control (WPC) and other city divisions are working to relieve local streets of flooding and to help residents get relief from water backing up into basements.

School bus rescue
Barberton firefighters rescued two adults and four children who were stuck in a bus after the driver stalled out in two feet of water on 14th Street NW and West Tuscarawas Avenue. Crews drove a pickup truck to the back of the bus to get all the passengers out. The superintendent of the Barberton City School District said the students arrived at school safely.

This photo is courtesy of Diana Riffle on Facebook: 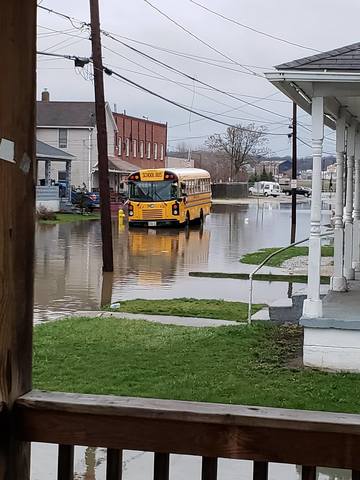 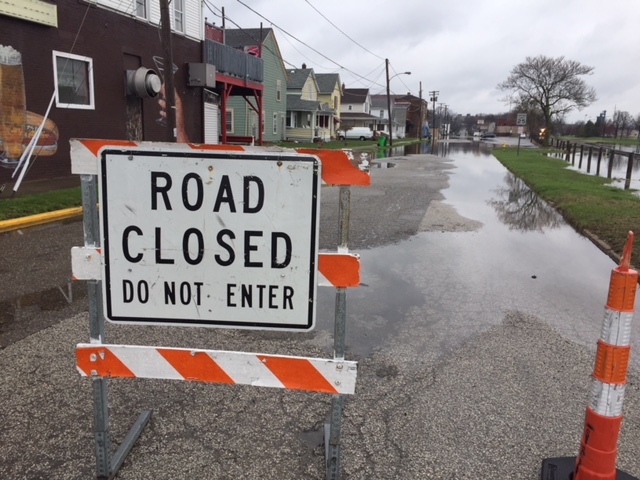 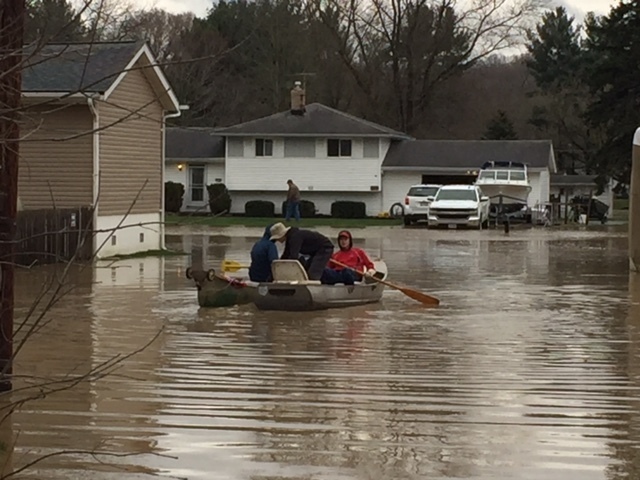 SUNDAY
It started with a an all-day rain and ended with a tornado and an interstate freeway being closed.

Tornado in Summit County
An EF1 tornado briefly touched down in Coventry Township in Summit County (south of Akron), with winds up to 90 mph and a max width of 25 yards. It touched down for approximately .1 mile along Manchester Road, where a car was flipped over and limbs were ripped off trees.

According to employees of the Wendy’s in the 3100 block of Manchester Road, the car belonged to someone who worked there. Across the street at Burger King the sign in front of the fast food restaurant was damaged by high winds.

Authorities say that no one was injured in these incidents.

Portage, Stark and Summit counties were all under a tornado warning beginning at 6:30 p.m. The warnings were issued until 7:15 p.m.

Amazon sorting facility damaged
According to police: At approximately 6:30 p.m. high winds caused damage to the roof of the Amazon Sorting Facility in Twinsburg. Debris from the roof fell into the warehouse, causing minor injuries to two employees. The facility was evacuated and emergency crews were called to the scene.

RELATED How to drive in heavy rain

Freeways a mess
I-90 east and west saw accidents east of downtown following the Cavs game, and I-77 northbound at Broadway was closed due to high water.