How to know which streaming service is right for you 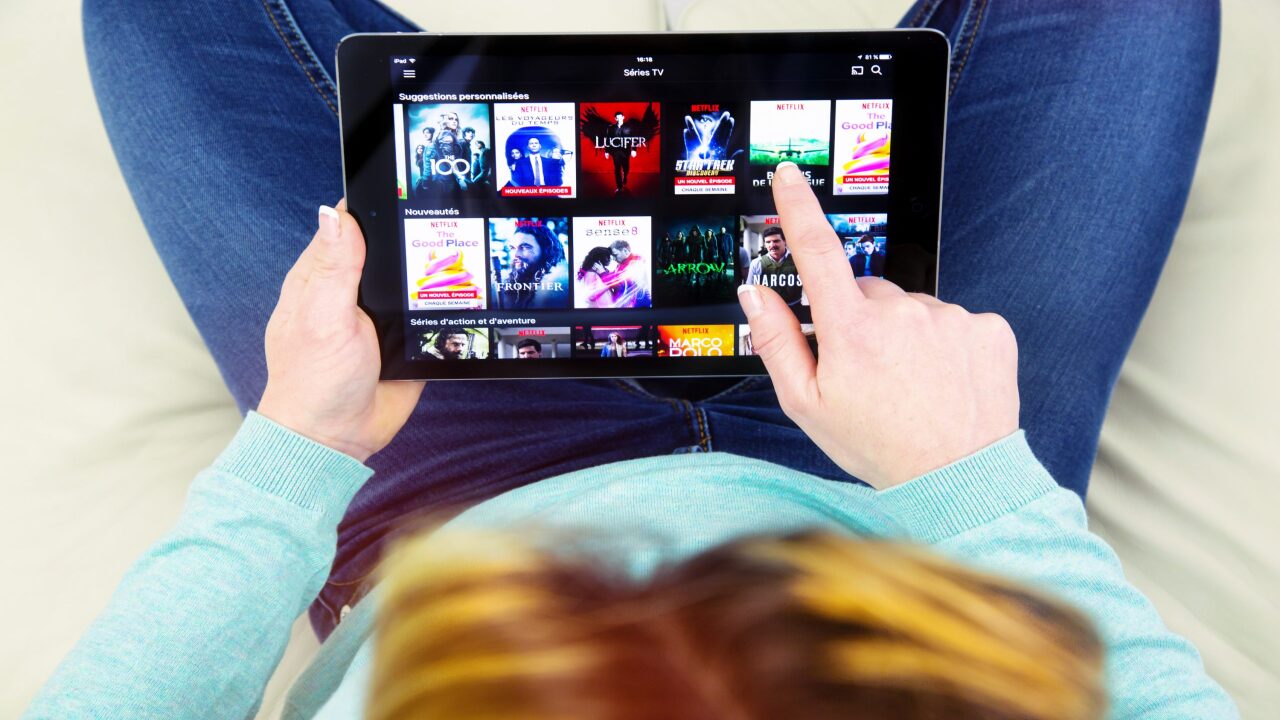 The products and services mentioned below were selected independent of sales and advertising. However, Don't Waste Your Money may receive a small commission from the purchase of any products or services through an affiliate link to the retailer's website.

Let’s rewind to the early 2000s. If you were an early subscriber to Netflix back then, you’ll remember receiving red envelopes in the mail containing DVDs you requested from your queue. But in 2007, Netflix introduced streaming to its subscribers, and the instant access to its library completely revolutionized the way many people began watching television shows and movies. Waiting for DVDs to be delivered or syncing up your schedule to make sure you are home when your favorite show comes on has become ancient history.

In the 13 years since Netflix debuted streaming, an astounding number of people have cut their cable and satellite services altogether in favor of streaming services. During the same time, the number of streaming services available has ballooned. The streaming giants — like Netflix, Hulu, Prime Video and HBO — have also supplemented their catalogs of content with shows they’ve created, and some of their originals are good enough to snap up award nominations, adding competition to the traditional TV landscape.

Given how many niche services now exist (like BritBox, which is all British programming), it’s hard to put an exact number on how many streaming services there are available today. But, it’s probably somewhere between 300 to 400, estimates Jason Gurwin, founder of The Streamable, a site dedicated to reporting on and testing streaming services and devices as well as internet and cell phone plans.

Curious where to get started or what streaming service to try next while we’re at home, sheltering in place? Here’s a comprehensive guide to understanding the difference between live TV and streaming services; tips to help you budget for streaming services; and information about some of the mainstream services that are available — including pros and cons of each.

When it comes to streaming services, there are three basic types, Gurwin explains. He puts them in buckets this way:

Primary services. These are the traditional streaming services with a variety of on-demand shows and movies. Netflix, Disney+, Hulu, HBO Now and Amazon Prime Video fall into this category.

Premium channels. Unlike cable, these channels are commercial-free and often grant you access to a back catalog of shows, plus a rotating line-up of movies that you can access without having a cable or satellite TV provider. These channels also have big budgets to produce shows like “Game of Thrones.” HBO, Showtime, Starz and Cinemax fall into this category.

When it comes to picking your streaming services, first ask yourself if you prioritize having access to live TV or sports events, Gurwin suggests. If so, you’ll want to start your search with the more expensive live TV streaming services, which can be confusing. Not every service carries every channel, plus some channels are only available in certain markets, Gurwin says. Then, there are several options for bundles, which drive up the costs.

FuboTv (starting at $54.99 a month) has an edge with the live sports it streams, and a standard subscription comes with 103 channels. YouTube TV has local channels in major markets but comes up short on the number of top cable channels it carries. Meanwhile, Philo is great for entertainment and has a low price point ($20 a month for 59 channels) but isn’t a good fit for those who want news or sports.

Tip: The Streamable has a matchmaker tool for live TV that factors in what channels you love and where you live to help you find a service that best fits your preferences.

How to Save Money on a Streaming Service

When you’re considering how much you’ll spend on subscription services, you might automatically think of the money you’re saving by cutting the cable cord. On average, cable or satellite TV costs $107 a year, according to a survey from the Leichtman Group.

But something to remember: If you had a cable TV service, Gurwin says, you may have had it bundled with your internet or your internet and phone. So when you’re doing the math on how much you saved by getting rid of cable, don’t forget to consider any extra you’re paying now for other utilities.

Here are five tips for budgeting and saving:

Remember, you won’t have a lengthy contract. Unlike cable or satellite TV, you’re not locked into, say, a year-long contract. That means you can sign up for one streaming service if it has a show you want to watch, and then cancel when you run out of episodes, says Gurwin.

Take advantage of free trials. Most streaming services offer at least one week of their service for free. That may be enough time for you to binge a show you’ve been wanting to see. Pro tip: I’ve done this before, and, because I’m notorious for forgetting to cancel when my trial is up, I enter information from a Visa Gift Card that doesn’t have a balance on it. That way, it doesn’t auto-renew on me. You can also set a reminder on your phone to cancel before you get charged if you don’t plan on renewing.

Browse but don’t purchase. One trick that sometimes works is visiting the streaming service’s website, browsing around, but not making a purchase just yet, suggests Jason Boyd, founder and editor of Fictionphile.com, which covers movies, TV and streaming services.

“You’re likely to get targeted with an advertisement later offering a discount,” he says. “If you see any newsletters subscribe buttons, go ahead and sign-up. They’ll reach out that way, too.”

What to Know About These Popular Streaming Services

If you were to choose just one streaming service, Netflix is a diplomatic choice. It’s affordable, you don’t have to watch commercials, it has a massive library of television shows and movies, plus has gained a lot of fans with its own Netflix Original productions ranging from “Orange is the New Black” to the most recent hit, “Tiger King.” Also, a lot of smart TVs come equipped with Netflix streaming capabilities, so you don’t necessarily need to invest in a streaming device (more on that later).

A downside with Netflix, though, is the content isn’t as fresh as other streaming services, and it has fewer recently released shows and movies. If you like to watch the most recent episode of one of your network television shows, Hulu is the better bet.

Best for Families: Disney+
Subscriptions start at $6.99 a month

Not only does the House of Mouse give you access to Disney classics, but you also get shows from Pixar, Marvel, the “Star Wars” franchise and National Geographic. Fans of this service love that even with the base subscription, you can stream on four devices at once. Plus, Disney+ is leading the bundle trend that could become more popular in the world of streaming. For $12.99 a month, you can get Disney+, plus Hulu and ESPN+, appeasing the network TV fans and sports enthusiasts in your household.

The one gripe that fans of this service have is that Disney+ needs to reclaim titles from streaming service competitors to bolster its own library.

Best for your budget: Hulu
Subscriptions start at $5.99 a month

Hulu has an impressive library of both old and new television shows, with more than 80,000 episodes available. Plus, the latest episode of shows — like “Law & Order: Special Victims Unit” or “Saturday Night Live” — appear the day after they run on TV, which is an advantage over Netflix as it takes up to a year for new shows to appear. Hulu has also been stepping up its game with popular original content, like “Handmaid’s Tale” and “Shrill.” On top of all that, Hulu gets a good deal of newly released movies.

While the subscription service is the most affordable one on the market, you do need to deal with commercials if you get the basic package. For $11.99 a month, the service is ad-free. Hulu+LiveTV is an option for $54.99 a month, granting subscribers access to 65 television shows, plus Hulu’s existing catalog.

Editor’s Note: In response to the pandemic, HBO is letting you stream for free in April.

When it comes to original content, HBO is king with shows like “Curb Your Enthusiasm” and lots of hit series like “Game of Thrones,” “Watchmen,” “Big Little Lies,” “Veep” and “Sharp Objects.” HBO has also put out some buzzy miniseries like “Chernobyl.” A major downside, though, is that HBO (when it’s not giving its content away for free!) is more expensive than other similar streaming services. And, unlike Netflix, you can’t download HBO shows and view them offline.

If you’ve been hunkered down at home, and are finding yourself bored with content available on other streaming services, you’ll easily find an Amazon Original show to binge or movie to watch. Amazon Prime’s library is refreshed frequently and has a solid mix of beloved movies and TV shows, plus an impressive line-up of original content like “Bosch,” “The Marvelous Mrs. Maisel,” “The Boys,” “Jack Ryan” and “Undone.” You can also rent new releases from Amazon Prime, and at a discount if you’re a Prime member. A downside is other services have larger catalogs, and some complain that it’s not as organize and easy to search as other services.

If you’re new to streaming, you’ll need to select a streaming device that allows you to watch your shows and movies. By now, Gurwin explains, all of the major devices are compatible with the most popular streaming services. So, when you’re shopping for streaming devices, it largely comes down to price point or usability.

Here’s a sample of streaming devices at different price points.

The Roku Express ($29) is easy on the budget and a breeze to set up thanks to an HDMI cable. Consider this streaming device for your secondary televisions.

The Fire TV Cube ($119.99) is the fastest Fire device and takes home entertainment to the next level with voice control, so you can operate your home theater hands-free.

Apple TV 4k with 32 GB ($179) is compatible with 4K, HDR and Dolby Vision TVs, so it delivers extra high-quality streaming experiences at home.

A final note on the topic of streaming devices: You may have a smart or connected TV, which is great for watching Netflix. But investing in a streaming device can still be a good idea because the apps are easy to keep up to date, there are generally fewer bugs, and oftentimes you can stream your shows and movies faster.

What’s Next for Streaming Services?

If you thought there were a lot of options now, be prepared: Even more streaming services are on the horizon.

For instance, HBO Max is launching in May 2020 and will be an ad-free subscription service that bundles HBO and other Warner brands.

Networks are also experimenting with their own streaming services, which may affect what content remains available to mainstream services like Netflix and Hulu.

NBC Peacock gave a sneak peek of its streaming service in April but will launch fully in July. Its vault will include favorite shows like “The Office,” “Law & Order,” “Parks and Recreation,” movies from Universal and Dreamworks Animation studios and some original content, according to CNET.

CBS All Acess got an early start with its streaming service that starts at $5.99 a month and includes more than 12,000 on-demand episodes.

What streaming services are your favorites?