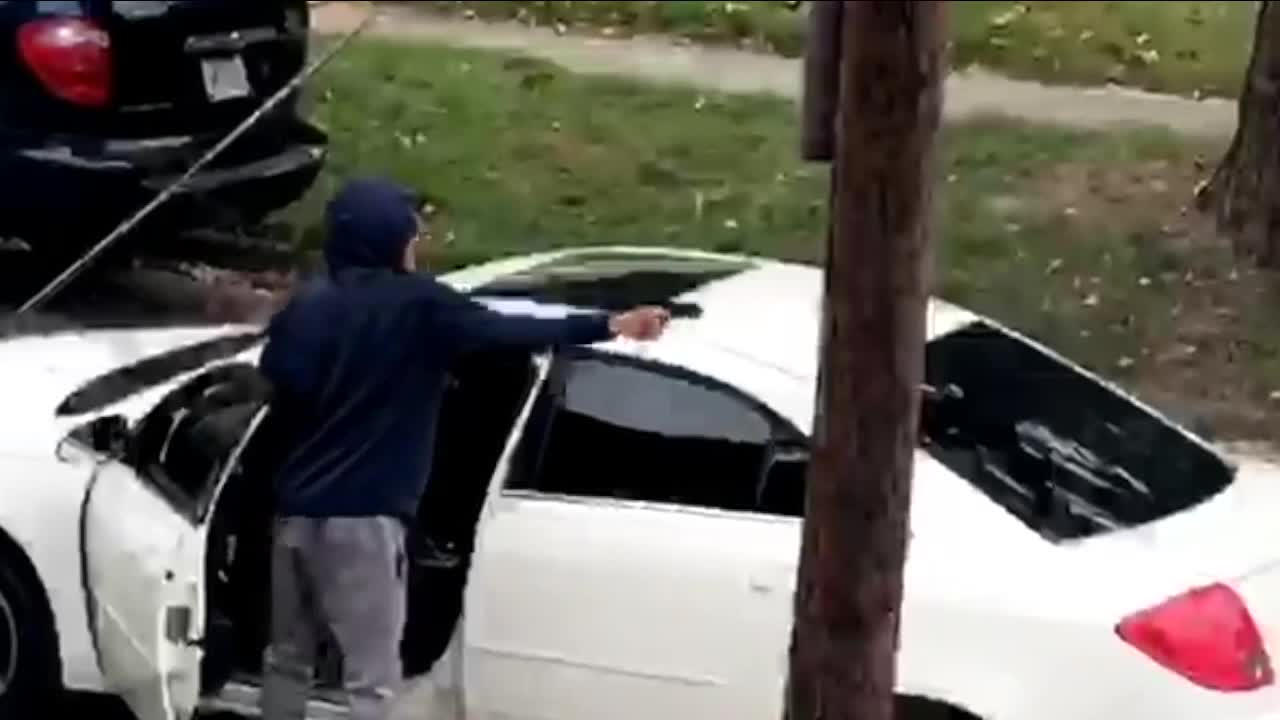 Around 4:30 p.m., officers responded to the 1400 block of Rockaway Street for a shots fired call.

The 15-year-old boy told officers that he was playing basketball outside with his 11-year-old neighbor when a vehicle described as a white Pontiac G-6 with tinted windows and temporary tags was speeding down the street.

One of the kids yelled for the car to slow down, the police report states. The car stopped a few houses away.

At first, the 15-year-old boy said when he saw the car speeding down the street, he pushed the 11-year-old out of the way. The driver got out and started using foul language at them.

The driver exited the vehicle brandishing a handgun and fired three rounds at them.

"I stood there at the first shot because I didn't know what to do. I was shocked that he was shooting at me and scared," said the teen.

Dolly, who is the mother of the 11-year-old boy, posted video of the driver firing the gun on Facebook, hoping to get tips from the public. The video was captured by a neighbor who started recording on a cell phone after hearing the commotion.

Dolly is shocked that someone would shoot at children playing basketball in the street.

"Thank God that they reacted quickly and they got off the street as soon as he started shooting. I thank God for that," Dolly said.

The 15-year-old boy's mother is also in disbelief about the shooting.

"They're kids. Like, they're kids. What could you possibly be thinking to shoot at a kid?" she said.

The driver got back inside the car and drove away.

Police said no one was struck and there were no reported injuries.

The shooter was described as a male between the ages of 15 and 25 years old, wearing a blue hoodie. Police are investigating and following possible leads.